JILL Biden is recovering after Joe took her for a mystery "medical procedure" in a last-minute schedule change.

The White House announced late on Tuesday that the president would accompany his wife, 69, to the procedure the following morning. 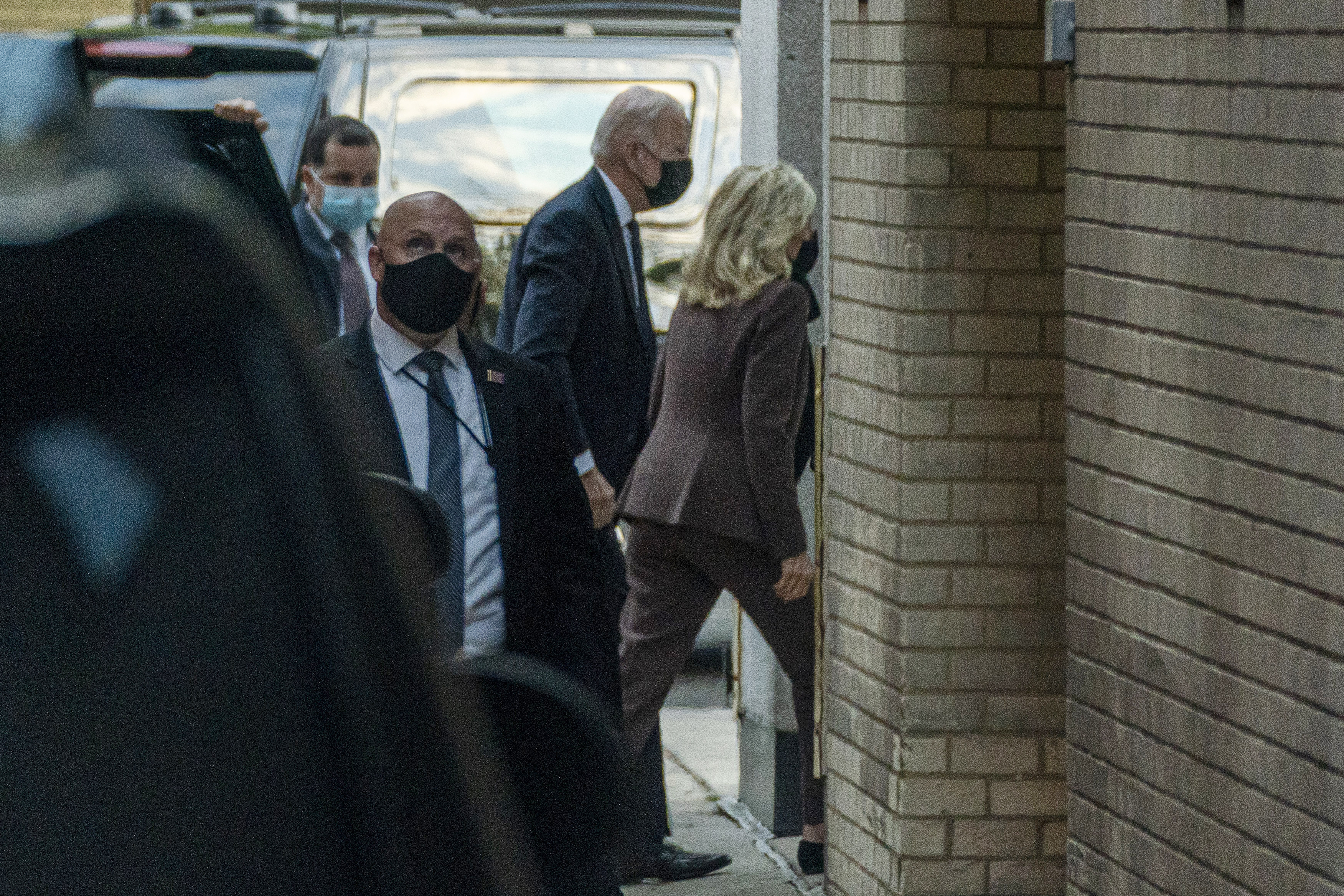 The Bidens were scheduled to go to an outpatient center in downtown Washington, which the White House did not identify.

Reporters traveling in the president’s motorcade saw the couple enter a building near the campus of George Washington University.

The White House said the Bidens would return to their Washington DC home afterward and "resume their normal schedule." 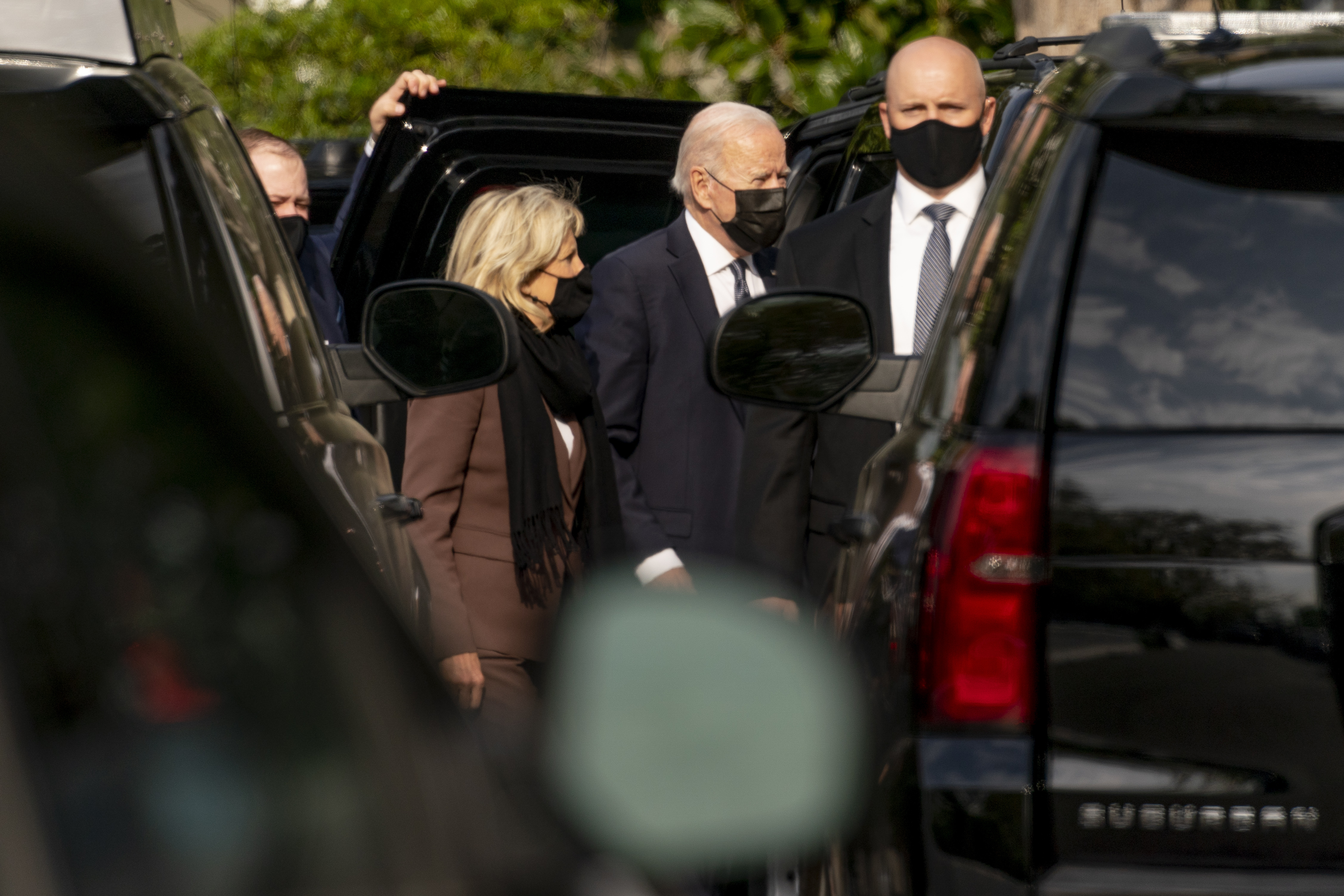 The first lady has no public events scheduled Wednesday. However, she has a trip planned to Illinois on Monday.

Fears about the Bidens health mounted after the president was seen falling three times on the steps of Air Force One today before flying to Georgia.

Worrying footage showed the president, 78, tripping on the stairs just months after injuring his foot.

Late last year Biden was seen wearing his typical navy blue suit with a cast on his right foot outside The Queen theater in Delaware. 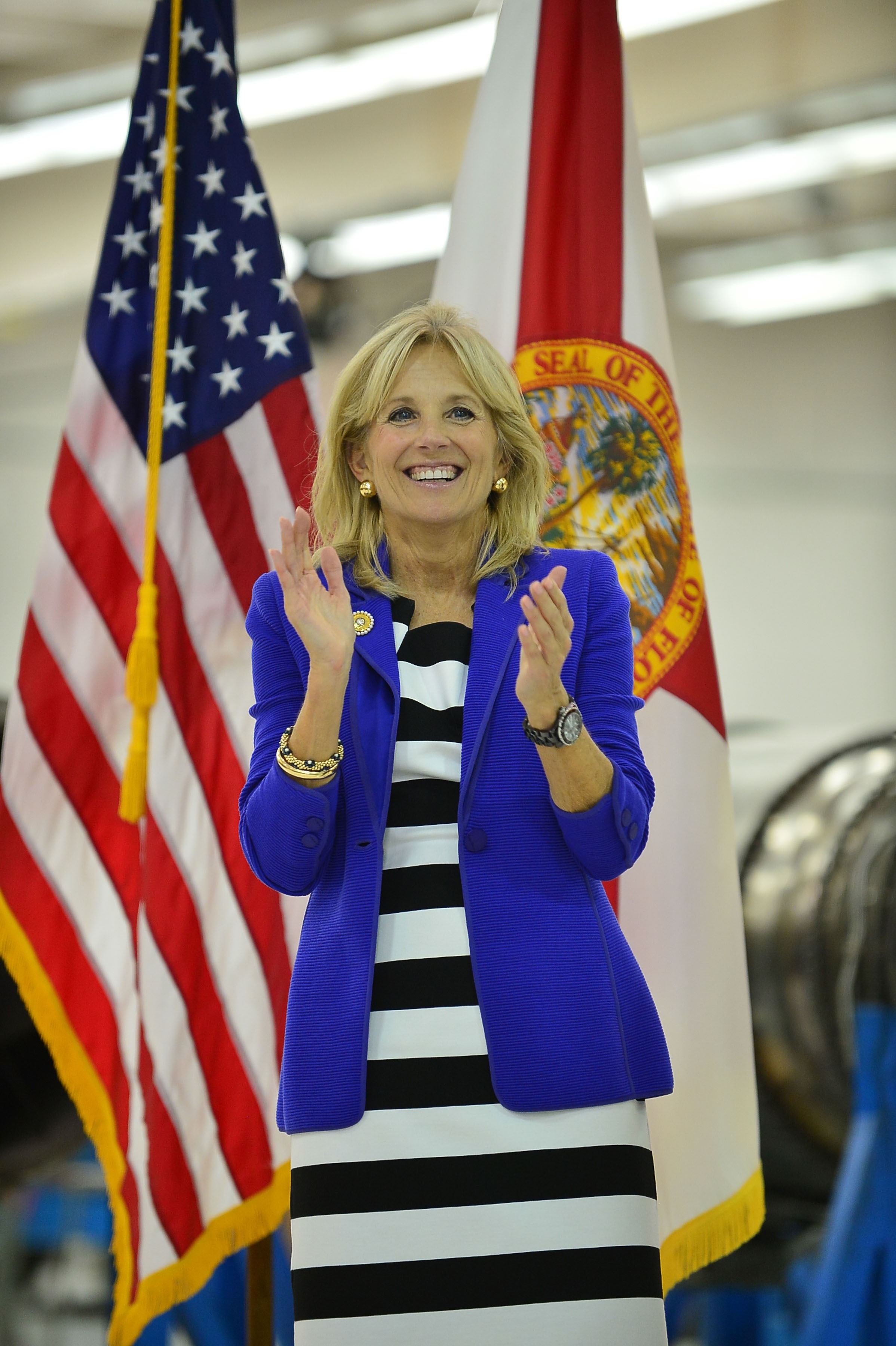 He appeared at the venue in Wilmington to formally unveil his six-person economic team, a core group that includes veterans from previous Democratic administrations and historic firsts.

Biden was forced to wear the protective boot for "several weeks" after x-rays revealed a "hairline fracture" in his foot.

"On Saturday Nov. 28, President-elect Biden slipped while playing with his dog Major, and twisted his ankle," a pool report said.

The president was set to address the nation today on his plans to withdraw US troops from Afghanistan by September 11 this year.

It was announced yesterday all 2,500 American troops would be brought home — more than four months after the May 1 withdrawal deadline which had been agreed between Donald Trump and the Taliban.

But the September 11 date is four months after the May 1 deadline for complete withdrawal which was struck as part of peace talks in February with the Trump administration and the Taliban.

It is feared postponing the US withdrawal for four months could risk of the Taliban resuming attacks on US and coalition forces,

Biden will then visit Section 60 of Arlington National Cemetery, the final resting place of many American service members who lost their lives in Afghanistan and Iraq.