Washington: US President-elect Joe Biden has announced his first set of cabinet nominees, naming a team of foreign policy and national security experts he said would bring experience to their roles and reflect the diversity of modern-day America.

Biden signalled that climate change would be a major focus for his administration by naming John Kerry, the former secretary-of-state and presidential nominee, as his special presidential envoy for climate.

The full-time role will see Kerry travel the world to try to co-ordinate global action on reducing carbon emissions. 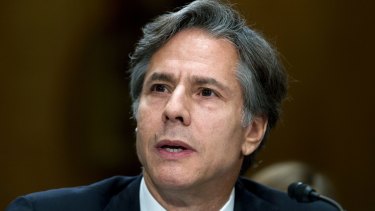 Joe Biden has chose Antony Blinken to be his secretary-of-state. Credit:JOSE LUIS MAGANA

"America will soon have a government that treats the climate crisis as the urgent national security threat it is," Kerry said on Twitter.

"The work we began with the Paris Agreement is far from done. I'm returning to government to get America back on track to address the biggest challenge of this generation and those that will follow."

Many of Biden's nominees served in senior roles in the Obama administration, a trend likely to continue with subsequent cabinet choices. The Wall Street Journal reported on Tuesday (AEDT) that Biden will chose Janet Yellen – whom Barack Obama appointed to lead the US Federal Reserve – to be his treasury secretary.

Yellen would be the first female treasury secretary in US history.

As expected, Biden chose Antony Blinken to be his secretary-of-state, a role equivalent to foreign affairs minister, and Jake Sullivan to be his national security adviser.

Blinken has advised Biden on foreign policy since 2002, first when Biden was a senator and then when he became vice-president. He served as deputy secretary-of-state during the final two years of the Obama administration.

At age 43, Sullivan will be one of the youngest people to ever serve as national security adviser. He previously advised Biden on national security issues when he was vice-president and served as his top policy adviser during his presidential campaign.

Both Blinken and Sullivan are regarded as coming from the centristwing of the Democratic party. Both are strong supporters of America's traditional network of alliances with countries such as Australia. 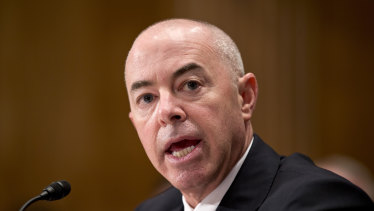 Other nominees include Alejandro Mayorkas, the first Latino and immigrant ever nominated to serve as secretary of homeland security.

Biden has chosen veteran diplomat Linda Thomas-Greenfield, who is black, to be his ambassador to the United Nations and Avril Haines to be his director of national intelligence. Haines would be the first woman to serve in this role.

"These individuals are equally as experienced and crisis-tested as they are innovative and imaginative," Biden said in a statement on Tuesday (AEDT).

"Their accomplishments in diplomacy are unmatched, but they also reflect the idea that we cannot meet the profound challenges of this new moment with old thinking and unchanged habits – or without diversity of background and perspective. It’s why I’ve selected them."

The cabinet selections will have to be approved by the Senate, which will remain under Republican control unless the Democrats pick up two seats in the Georgia run-offs in January.

Republicans have made clear they would be unlikely to approve more left-wing figures, such as Bernie Sanders, to cabinet roles.

Obama's former national security adviser Susan Rice, who had been considered by Biden for the secretary-of-state role, said Blinken "will make a superb Secretary of State and do our nation proud".

She said the appointment showed that "competence, decency, strength, and respect for our career professionals are coming back" to the State Department.