THREE people have been injured after a bridge in Washington DC collapsed.

Shocking pictures show that the pedestrian bridge caved in over a highway, halting dozens of cars. 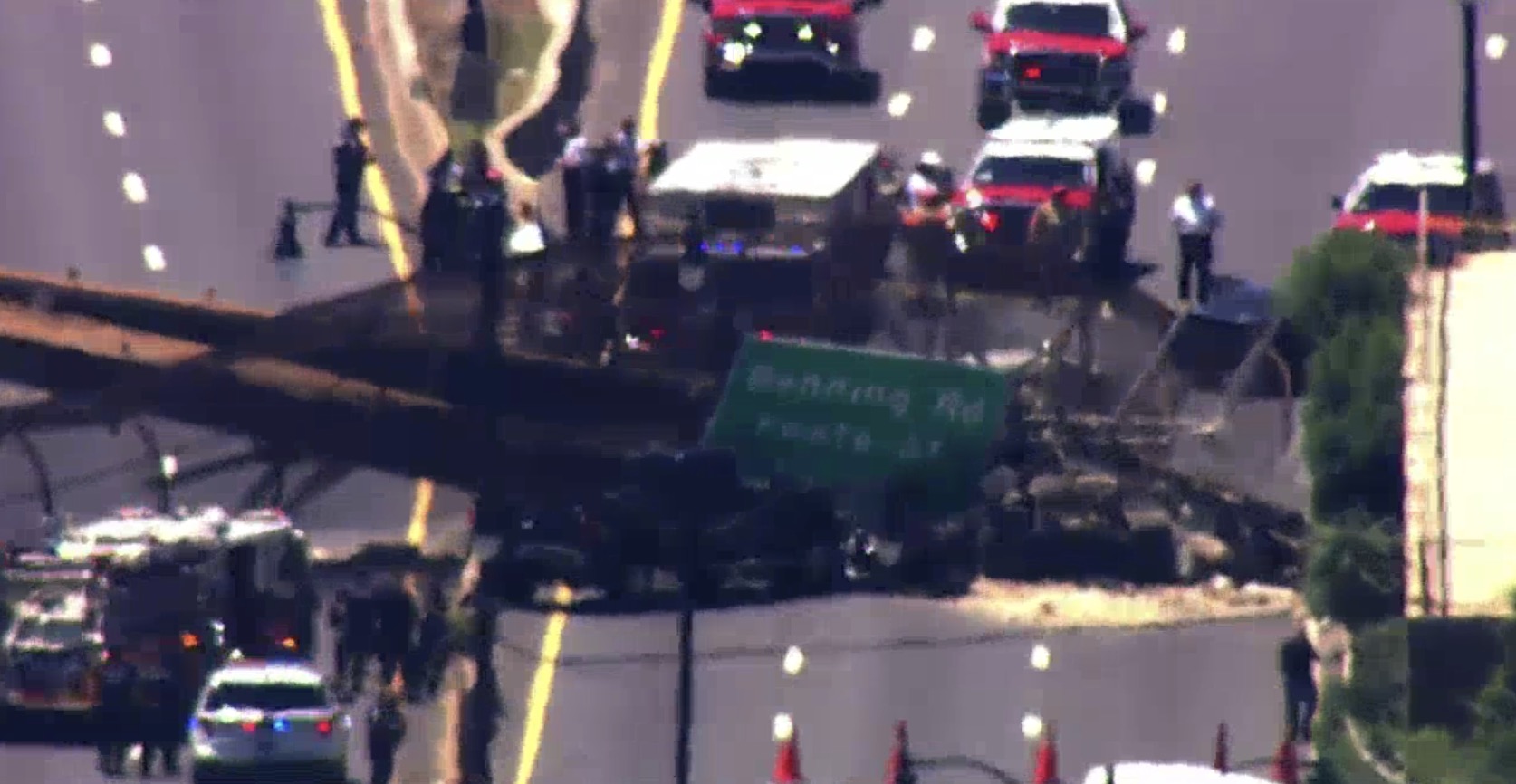 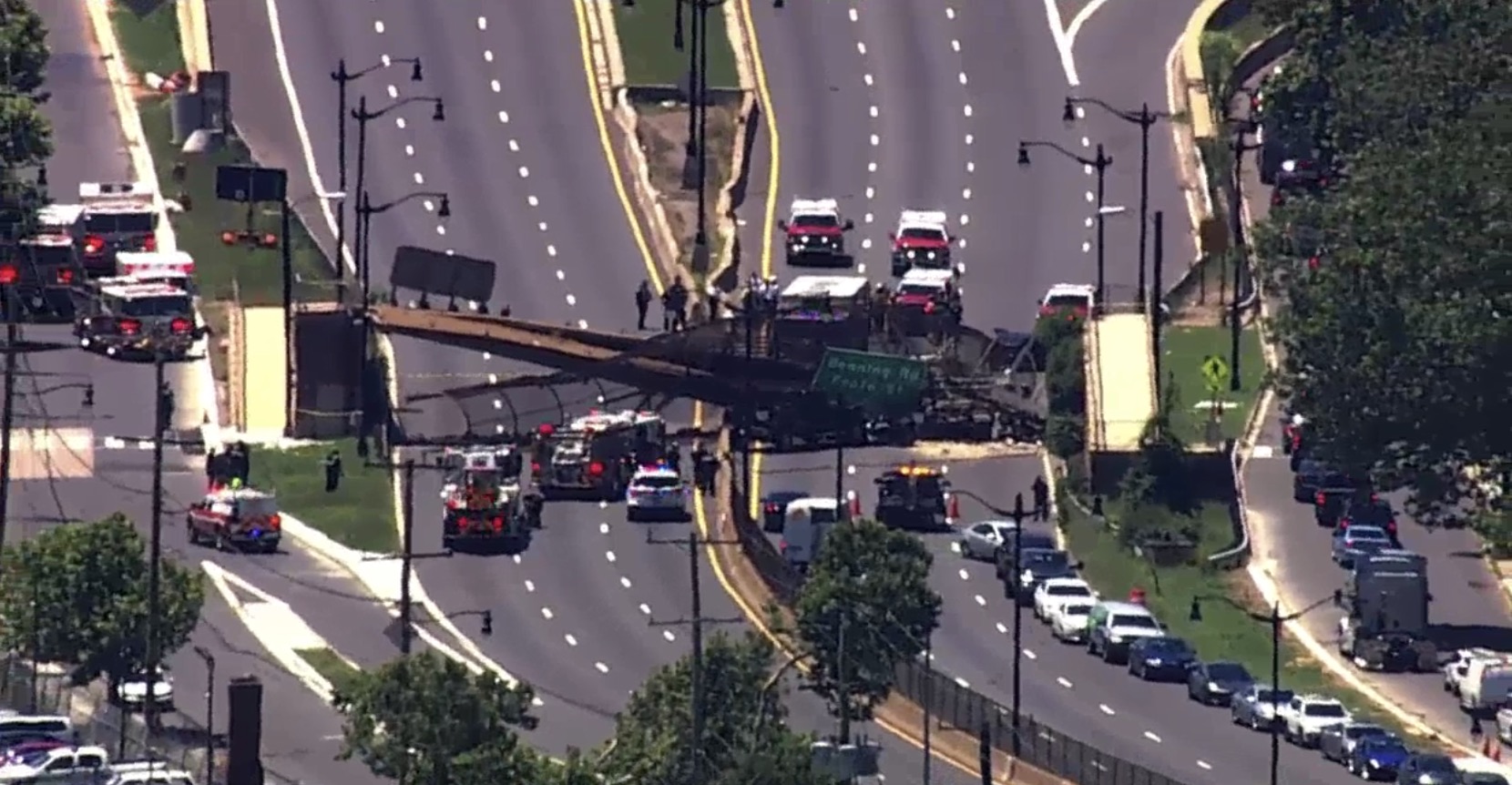 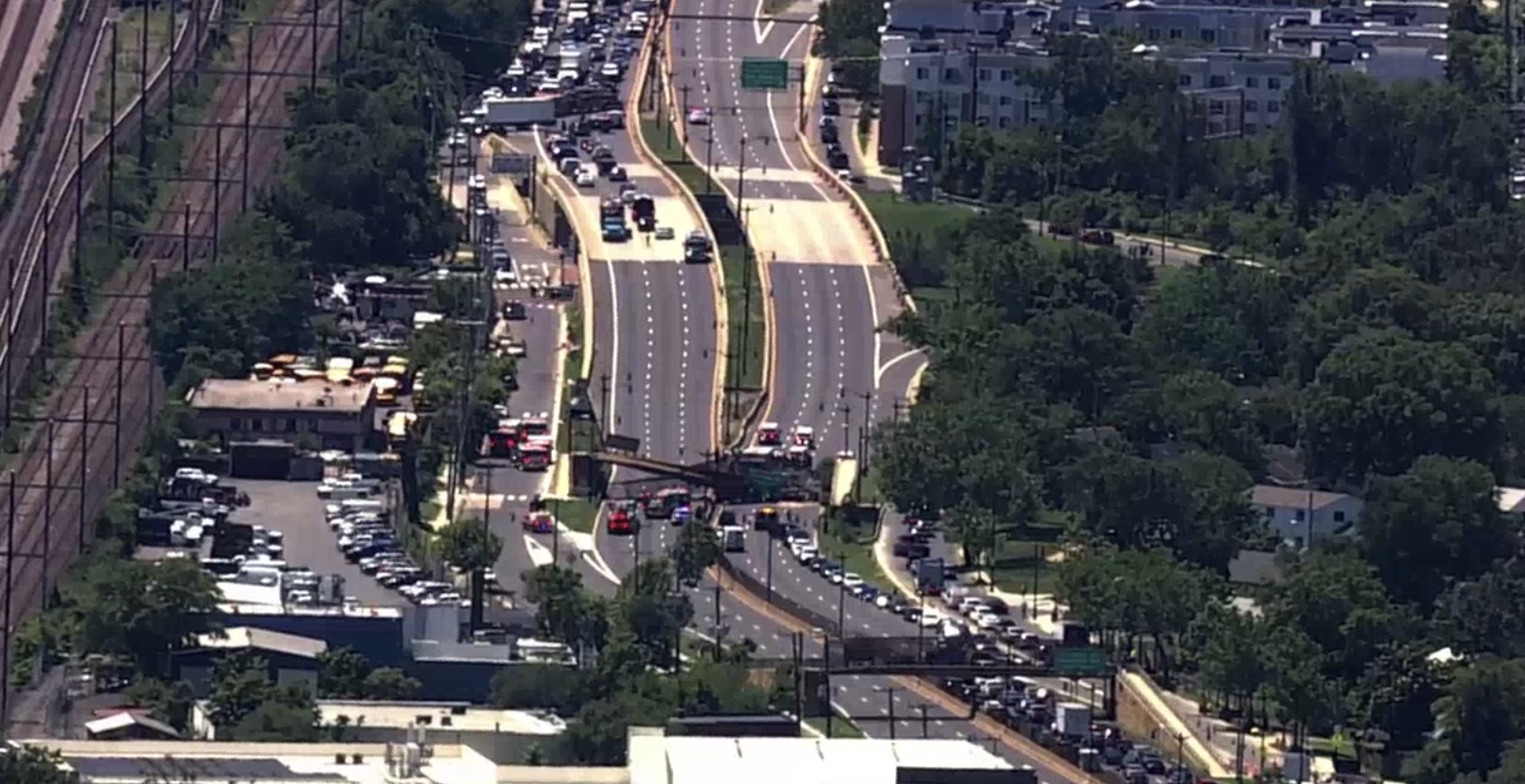 At least three people sustained minor injuries, according to authorities.

It is unclear if anyone else has been hurt in the collapse, which took place on Wednesday afternoon.

Two vehicles appear to be trapped under the bridge, but firefighters confirmed that no one is stuck.

All lanes of the DC-295 have now been blocked off, Metropolitan Area Transportation Operations Coordination confirmed.

It was not immediately clear what prompted the collapse or if anyone was walking on the overpass at the time.