A lighthouse-inspired Devon home which featured on the ‘saddest ever’ episode of Grand Designs and cost the owner his marriage has gone on sale for £10m.

Owner Edward Short, 52, is now in a position to sell the Chesil Cliff House after spending a decade doing renovations and the property is due to be completed in early Spring this year.

Chesil Cliff House featured on Channel 4’s Grand Designs and was described as the ‘saddest episode ever’ by many viewers who watched the programme after it aired in October 2019.

The episode showed Mr Short and his family plagued by bad luck, leaving the house in Croyde, Devon, unfinished, and with them in millions of pounds worth of debt.

But Mr Short remained determined to finish the project, despite all of the problems he faced.

Now property consultancy Knight Frank has announced the main house and its annexe, The Eye, are up for sale on the open market- with a guide price of £10m. 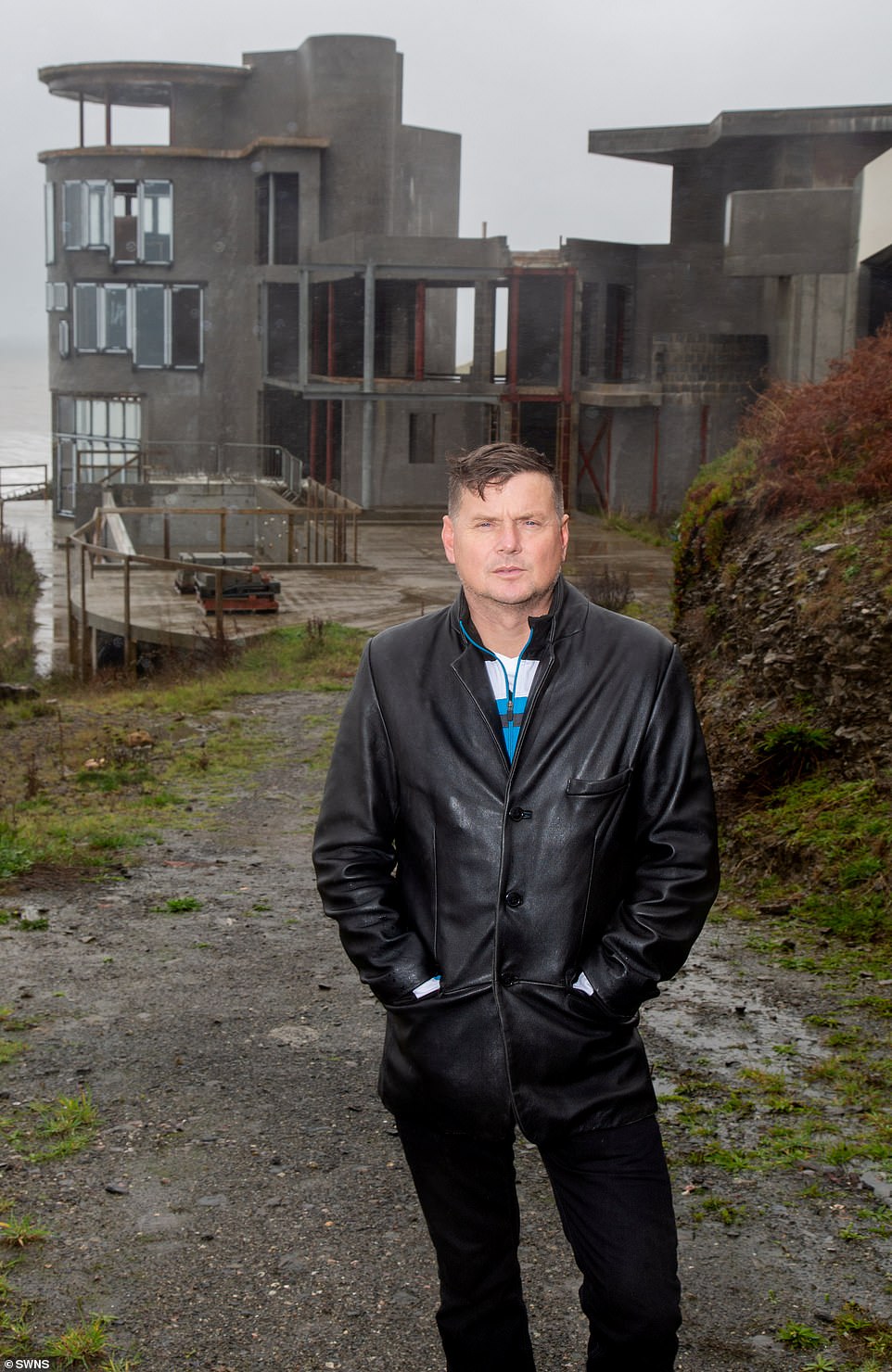 Owner Edward Short, 52, is now in a position to sell the Chesil Cliff House after spending a decade doing renovations and the property is due to be completed in Spring this year. Pictured: Mr Short in front of the home in 2021

Mr Short had earlier said the time was right to move on.

He said: ‘I’ll always be proud to have finished this. I owe it to my family to have a real end result, but the time has come to move on.

‘I will have achieved what I set out to do, never deviating from the plans, and for that I’ll always be proud.’ 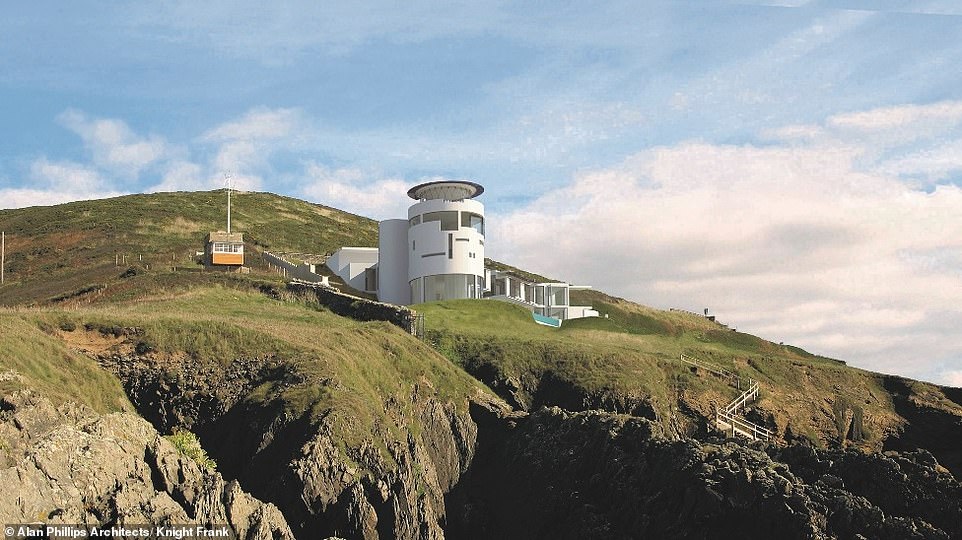 Now property consultancy Knight Frank has announced the main house and its annexe, The Eye, are up for sale on the open market- with a guide price of £10m. Pictured: A recent picture of Chesil Cliff House

The house has been anchored into the bed rock of the cliff, painstakingly engineered to a level that leaves no possibility for erosional hazard.

Edward, a dad-of-two, said he had no option but to sell it to cover the large amount of money he had to borrow and said the total costs were set to reach £6m.

He added: ‘These past ten years have been a marathon slog – and I have got used to being a millionaire in debt.

‘I’ve accepted the only way forward is to finish and sell it.’

Knight Frank described the house as ‘one of the most impressive waterfront homes on the North Devon coast.’

The home has five bedrooms and bathrooms, four reception rooms, a sauna and a cellar. It also includes the three-bedroom studio annexe called The Eye and a double garage.

A Knight Frank spokesperson added: ‘Chesil Cliff House is positioned on a three-acre site between surfers’ paradise Saunton Sands backed by the impressive UNESCO Biosphere Reserve of Braunton Burrows, and the idyllic cove of Croyde, beyond which sits National Trust-owned Baggy Point. 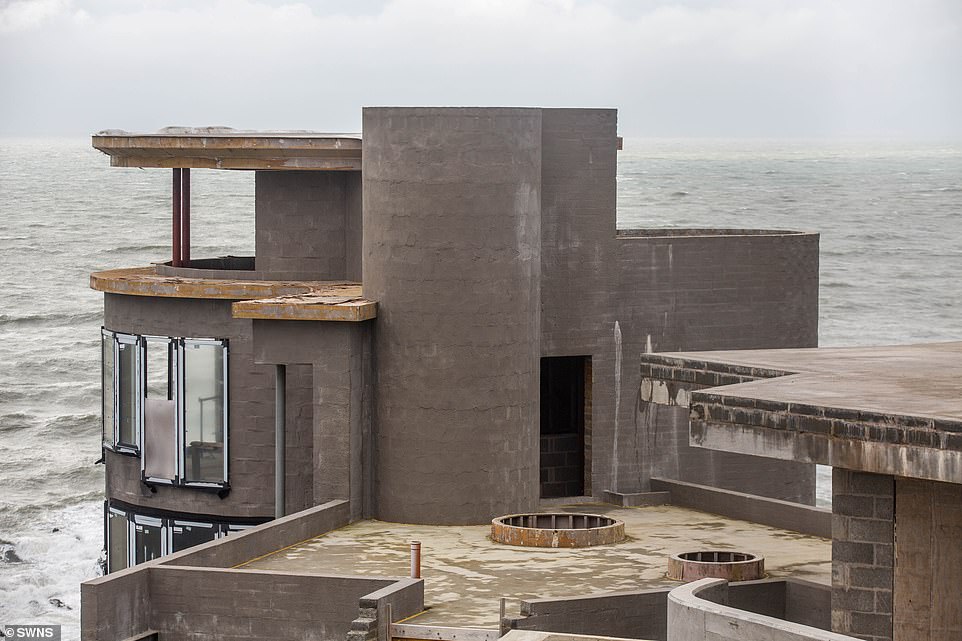 Pictured: The Chesil Cliff House in 2021, described by Knight Frank as ‘one of the most impressive waterfront homes on the North Devon coast’ 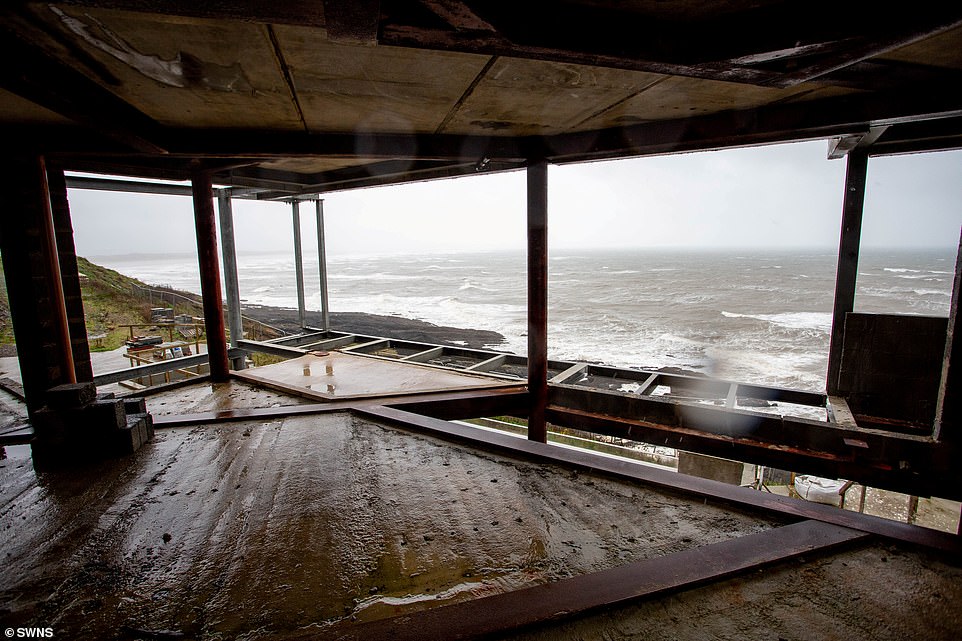 Pictured: A photo of the unfinished house in the years before its completion

‘Not only does the property boast high design and build quality, it also has a south-facing position and an ease of access to the water with a private beach and foreshore.’

Christopher Bailey, Head of National Waterfront, Knight Frank, added: ‘Chesil Cliff House will be the most significant coastal property to come to the open market in the West Country for many years.

‘It is iconic in the true meaning of the word and there is nothing else to compare it to on the market right now.

‘It certainly sits at the very top of the national coastal waterfront market and I have no doubt it will attract keen interest globally.’ 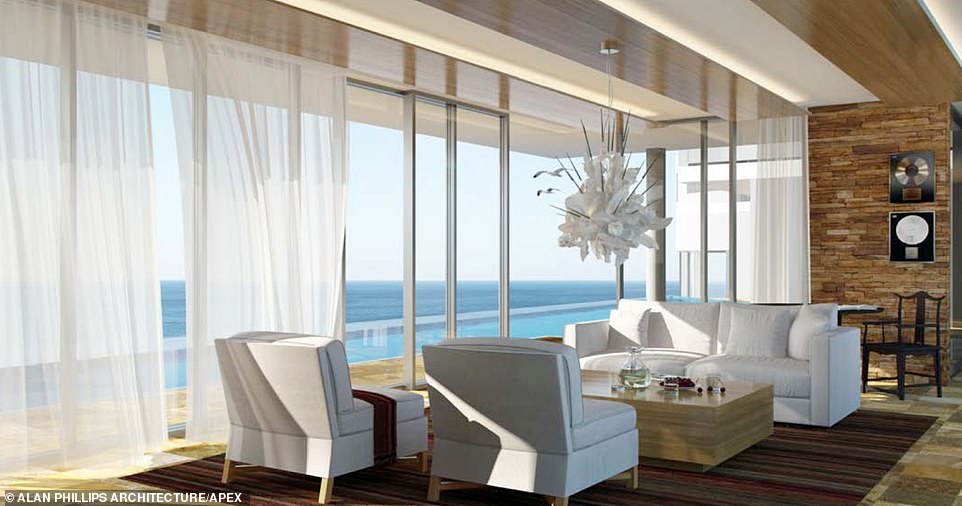 Pictured: An artist’s impression of how the property will look when it is completed in Spring this year 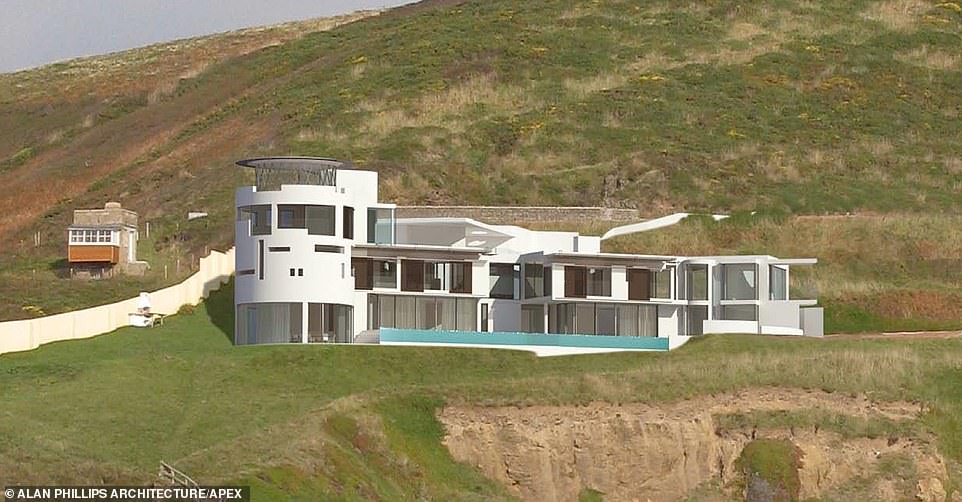 Pictured: A model of how the outside of the property will appear once renovations are complete on the building