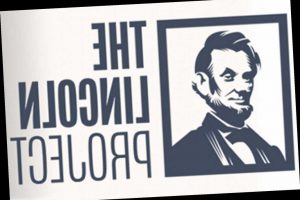 The Lincoln Project’s fundraising page has been shut down, following a wave of scandals which continue to engulf the organization.

The donation page on the Lincoln Project website has listed as inactive since Saturday after a number of its founders resigned amid reports of sexual misconduct and misappropriation of funds.

The anti-Trump PAC consisted of a group of Republican strategists working to unseat former President Donald Trump, after criticizing him in media appearances throughout his term.

But the group imploded last month when multiple young men went public with allegations of sexual harassment against co-founder John Weaver, which other members of the group reportedly ignored.

Last week, two former Lincoln Project interns also came forward with lurid text messages from Weaver, who has since resigned from the organization.

According to the Associated Press, Lincoln Project leaders were informed in writing and phone calls of at least 10 specific allegations of harassment against Weaver as early as last June.

The group raised more than $90 million, but more than half of that was spent on consulting companies owned by the group’s founders.

Last year, The Post revealed that many of the group’s founders were saddled with debt at the time they founded the organization.

On Saturday, co-founder Steve Schmidt resigned from the board, while Jennifer Horn split with the group last month after a contract dispute, causing a public spat with other members.

The Post also first reported that Schmidt interviewed for a job on then-candidate Trump’s White House bid in 2016, but the campaign chief role ultimately went to Paul Manafort.