May ‘betrayed’ veterans of Troubles blocking a statute of limitations

May ‘betrayed’ veterans of the Troubles after she personally blocked a statute of limitations on alleged murders committed in Northern Ireland, damning memo reveals

The letter, written on May’s behalf, stated that any government consultation surrounding the unsolved murders from during the troubles ‘should not contain’ any suggestion for a statute of limitations to be placed on historic prosecutions of military personnel, reports The Sunday Telegraph.

Mrs May’s letter instead stated the intention for prosecutions to be made ‘against any person who was operating outside of the parameters of the law’ during the troubles. 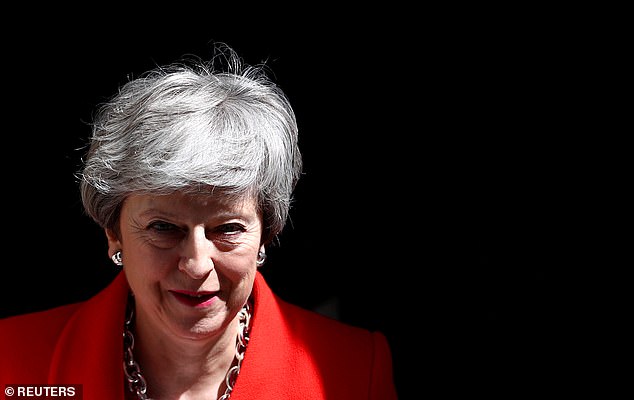 Prime Minister Theresa May’s letter, dated March 2018, was sent to the Northern Ireland Office and Ministry of Defence as ministers and officials were drawing up a consultation document on ‘addressing the legacy of Northern Ireland’s past’

The decision is likely to be controversial with many Conservative MPs who have spoken out about the punishing of former soldiers for crimes committed under the order of their superiors. 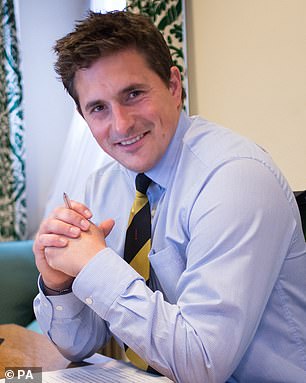 Mr Mercer, a former Officer in the British Army, said he no longer ‘shared the values or ethos’ of the Tory Party under Mrs May’s leadership after campaigning for legal protections of the Troubles’s veterans earlier this month.

In his letter to Mrs May on May 7, he lambasted the ‘offensive’ investigation of former British soldiers for alleged crimes in Ulster.

At least three prosecutions are under way, including against a former Parachute Regiment soldier due to face murder charges over his role in Belfast’s ‘Bloody Sunday’ riot in 1972.

Mr Mercer wrote: ‘I cannot continue to support you while this injustice (prosecuting veterans) continues unabated and the behaviour of your Whips has ground out of me any residual co-operation.’

In an article for the Telegraph he wrote: ‘That troops, uniformed and sent by the Crown to an unpopular, difficult and bloody war, should not have the Government, at least starting, on their side is totally unacceptable.’

The memorandum, dated March 2018, was said to have been written by Mrs May’s assistant private secretary.

It was sent to the Northern Ireland Office and Ministry of Defence as ministers and officials were drawing up a consultation document on ‘addressing the legacy of Northern Ireland’s past’.

It stated: ‘The Prime Minister has decided that the consultation document should not contain specific reference to a ‘statute of limitations’ or ‘amnesties’, in line with government policy.

‘The Ministry of Defence should work closely with the Northern Ireland office to ensure that their veterans package offers equal, rather than preferential, treatment relative to other groups or individuals affected by this consultation.’

A number of Northern Ireland veterans are currently facing charges, including Soldier F, who has been charged in relation to the killings of two protesters during Bloody Sunday in Londonderry in 1972. 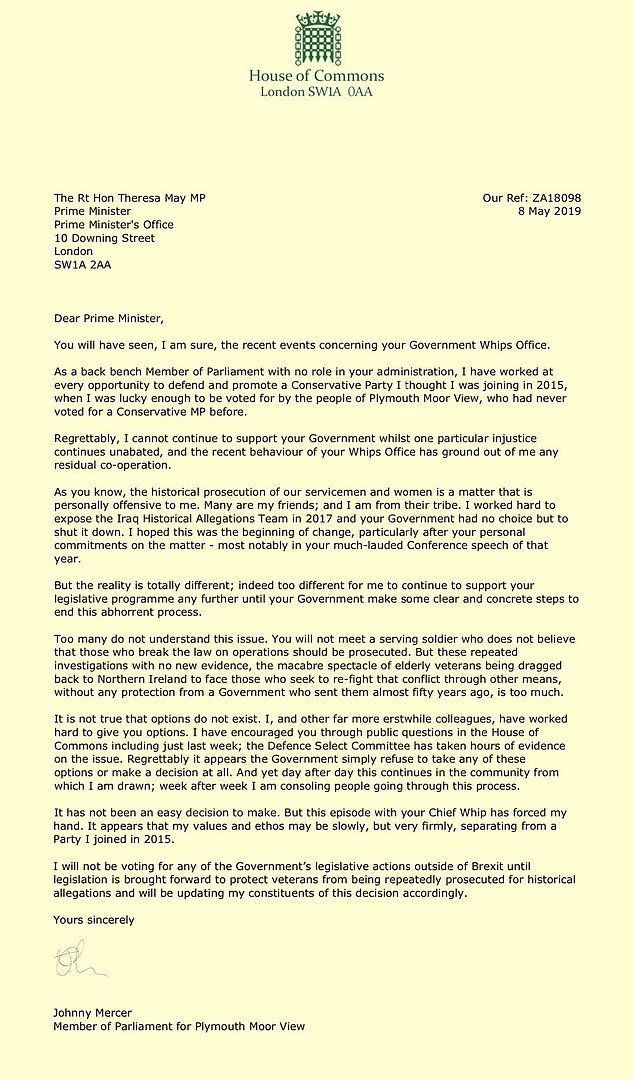 In Mr Mercer’s letter to Mrs May, he lambasted the ‘offensive’ investigation of former British soldiers for alleged crimes in Ulster

Under the proposals there would be a ‘presumption against prosecution’ in relation to alleged incidents dating back more than 10 years, unless there were ‘exceptional circumstances’.

As it stands, the legislation will not apply to those who served in Northern Ireland, although in an apparent break with Government policy, Ms Mordaunt said she intended to find a way they could be afforded the similar protection.

‘This will ensure veterans are not subject to repeated investigations many years after the events in question where there is no new evidence.

‘A separate consultation has been run by Northern Ireland Office on how to deal with the past in Northern Ireland, and the conclusion of that will be announced as soon as possible.’