The controversial diamond earrings gifted to the Duchess of Sussex by Saudi Crown Prince Mohammed Bin Salman remain her responsibility, The Mail on Sunday can reveal.

Gifts from foreign heads of state are officially considered Crown property, according to Royal protocol, which may explain why reporters accompanying Harry and Meghan on their 2018 tour to Fiji were told they had been ‘borrowed’.

But wedding gifts given to senior Royals are not loaned out in a conventional sense from a central collection. Instead, the recipient has responsibility for them and can keep them before they are returned to the Crown after their death. 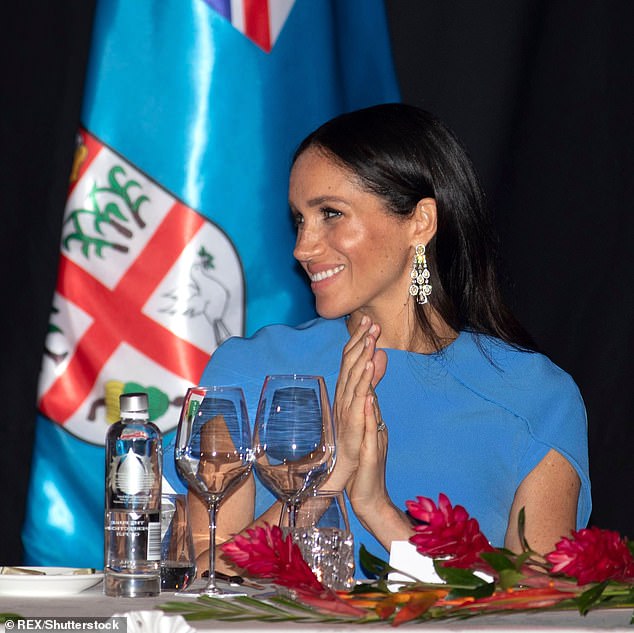 Meghan Duchess of Sussex attends a reception and dinner hosted by the President of Fiji at the Grand Pacific Hotel, Suva, Fiji, October 2018

Female members of the Royal Family are regularly loaned priceless jewellery by the Queen.

There are strict guidelines around accepting gifts as a member of the Royal Household. The official policy, in place since 2003, makes clear that Royals should think carefully about the reason for the gift and not accept it if it could be seen to put them under obligation to the donor, or if the donor expects something in return. This might include clothing which, if worn, could commercially benefit an individual. 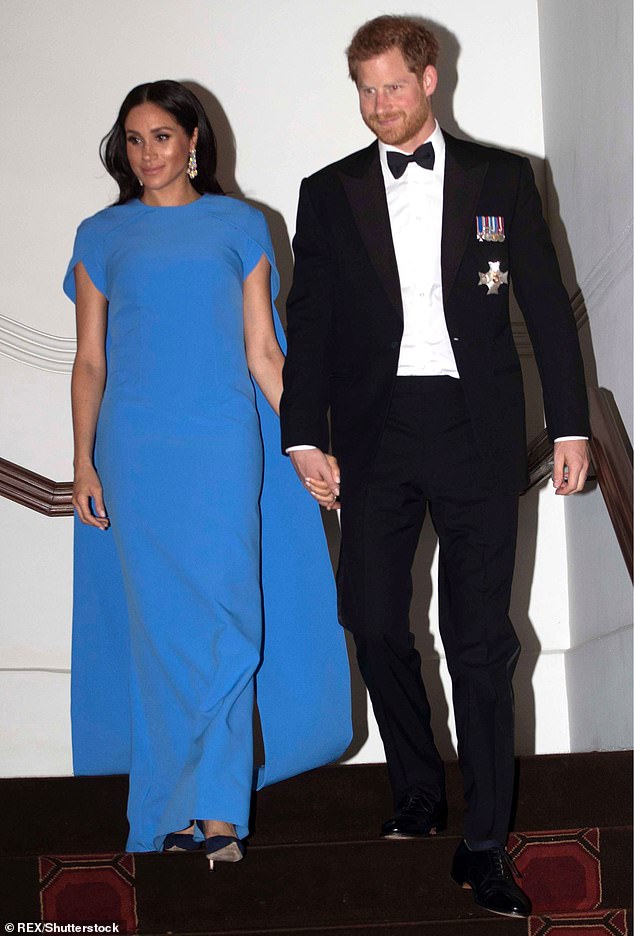 Meghan Duchess of Sussex and Prince Harry attend a reception and dinner hosted by the President of Fiji, October 2018

Members of the family can only receive personal gifts, which they can keep, if they meet strict conditions. They must be given by people known privately to the member of the Royal Household and not in connection with any public duty; or they must be worth less than £150 and come from bodies or individuals with whom the member of the Royal Household has an established relationship. Otherwise they are classed as ‘official’ gifts, which are not the personal property of individual Royals.

The Saudi royal family has regularly given jewellery to their British counterparts. Royal jewellery expert Lauren Kiehna said Princess Diana received a suite of diamond and sapphire jewels from Crown Prince Fahd as a wedding present in 1981, and the Duchess of Cornwall received three suites of jewellery during her official visit to Saudi Arabia in May 2006.

The Duke and Duchess of Sussex did not respond to requests for comment.