A Melbourne chiropractor who spouted “dangerous” misinformation about vaccinations, including likening childhood vaccinations to poison, has been suspended from practising for six months.

The Chiropractic Board of Australia referred Simon Floreani, who has a practice in Middle Park, to the Victorian Civil and Administrative Tribunal for professional misconduct in March 2019. 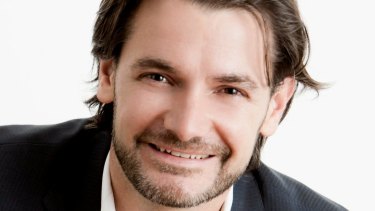 The board said Dr Floreani, the former head of the Chiropractic Association of Australia, participated in an interview called Nazi vaccine regime in Australia on YouTube.

Dr Floreani also claimed “the evidence is not there to suggest that people are safe and our kids are safe”, and said, “under my regulation and registration requirements, [I’m] not allowed to talk about vaccination. But under the laws of this country I have to do what’s right”.

The chiropractor admitted to those allegations in full at the tribunal, and also admitted to his clinic hosting a screening of the anti-vaccination film Vaxxed: From cover-up to catastrophe on December 10, 2016.

The chiropractic board said the film contained material contrary to the code of conduct for chiropractors.

A screening of the film prompted outrage from other chiropractors in 2016, with one saying showing the film in a clinic “affords it the support of a health professional, slathering it with a veil of unqualified, rotten merit”.

At the time, Dr Floreani said he was not at the screening, but defended the film.

“I own and run a large multidisciplinary community centre which rents space for public and community education every week,” he said.

“Censorship does not encourage robust debate and anyone who has watched Vaxxed would know that it is a story about perverse incentives and fraud. Vaxxed does not promote a ‘harmful’ message.”

Dr Floreani said he was not against vaccinations, rather: “I advocate adequate, informed consent for all medical procedures.”

“Don’t dare call me an anti-vaxer,” he said in an emailed response to questions at the time.

The tribunal found that even if Dr Floreani did not actively promote the Vaxxed screening, he was aligned to the content of the film by virtue of it being held at his clinic.

When the tribunal suspended Dr Floreani from practice for six months on Tuesday, it also placed conditions on his registration.

The conditions include that he must not promote or display anti-vaccination information to his patients, must not make public comments discouraging vaccination and must display signs at his practice saying he does not give advice about vaccination.

If he is asked about vaccination by a current or prospective patient, he has to refer that person to “an appropriately qualified health professional” under the conditions.

“The conditions are the same as the immediate action conditions that Dr Floreani has been subject to since March 2018,” a joint statement by the chiropractic board and the Australian Health Practitioner Regulation Agency (AHPRA) said.

“It is a breach of that trust when they share or promote information that isn’t evidence-based or in line with the best available health advice,” Dr Minter said.

AHPRA chief executive Martin Fletcher noted that while Dr Floreani’s conduct pre-dated the COVID-19 pandemic, the tribunal’s finding was especially important because of information spreading about the virus and vaccines.

“I note the tribunal’s consideration of the responsibility of chiropractors and other health practitioners in public discourse and that ‘there is a potential for significant harm to the community when false claims are made which can directly impact public health’,” Mr Fletcher said.

Dr Floreani’s suspension will come into effect from October 18 this year.