A former director of a disability home in Melbourne’s west that was closed after an investigation revealed residents had been bullied, coerced and abused is now seeking to use a different company to open a rooming house for “those less fortunate in the community” at the same property.

In June, the state government revoked the registration of Gracemanor in Melton South and said the proprietor (Newdimension Australia Pty Ltd) was not suitable to operate a supported residential service on conduct and character grounds. 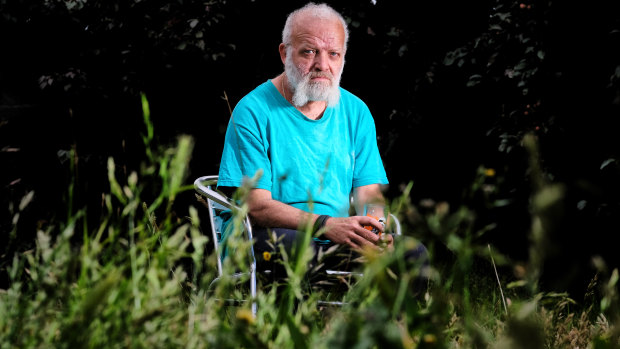 Former Gracemanor resident Jacob (not his real name) is alarmed by the proposal to open a rooming house.Credit:Lui Enrique Ascui

The sole director and part owner of Newdimension is Pradeep Divikar.

Divikar is also the joint director and joint shareholder of the company Happygo Grace Pty Ltd, which has sought planning approval from Melton City Council for a 30-bed rooming house – which typically provides crisis accommodation for the homeless – on the same Bridge Road site. Happygo Grace also owns the site.

The council is yet to decide on the application. However, The Age can reveal that just weeks before the state government revoked the registration of Gracemanor, it granted Divikar a licence to run a rooming house at a different address in Melton South.

Divikar said he was not actually operating the rooming house. But the fact that someone whose company was barred from running one form of accommodation for vulnerable Victorians could remain licensed to operate another has led to calls for reform by both the local Labor MP and the government’s own disability watchdog. 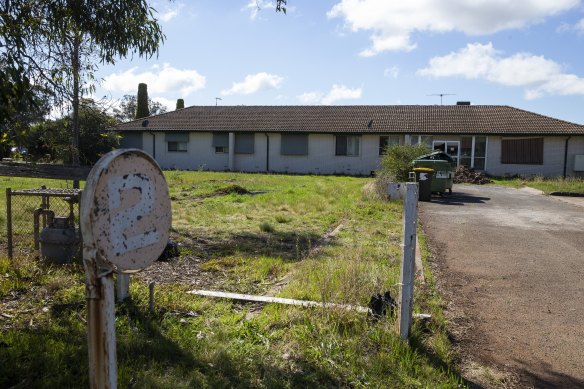 Melton MP and state cabinet secretary Steve McGhie said the situation highlighted weaknesses in rooming house regulation. “We need an appropriate standard of accommodation for everyone, but especially for vulnerable people,” he said.

McGhie, who worked as a paramedic before he entered politics, said he had had personal experience of rooming houses. “I’ve been to some (rooming houses) that I wouldn’t leave my dog in.”

Victoria’s disability watchdog, Public Advocate Dr Colleen Pearce, said it was particularly concerning that operators could be licensed to run a rooming house without consideration of their history.

She said the current gaps in the oversight system “may result in instances of … abuse and neglect going undetected and unreported”.

Pearce said safeguards must be strengthened to make sure all Victorians are safe in rooming houses.

A Melton council planning report says the proposed use of the site as a rooming house had been assessed against minimum standards for privacy, security, safety and amenity and found to comply.

“It is my assessment that the proposal is acceptable and consistent with the state planning policy framework and the local policy planning framework,” the report says.

Melton’s manager of planning services, Robert Baggio, told The Age the planning application would be considered by council early next year.

“All relevant planning issues, including future management, will be comprehensively assessed,” he said.

A series of reports by The Age last year highlighted widespread problems and poor living conditions across the state-regulated but privately run supported residential services sector.

Divikar confirmed his company Happygo Grace had sought council approval for a rooming house, but said he would probably bring in an outside operator to run it “because I don’t have any experience of running a rooming house”.

However, Divikar is listed on the government’s public register of rooming house operators.

Divikar is contesting the loss of Gracemanor’s supported residential services licence at the Victorian appeals tribunal. He said the government had produced no evidence against the facility and had left it as an “abandoned” property with $30,000 monthly mortgage repayments.

Supported residential services are private businesses that provide accommodation and care to vulnerable residents with mental illness and disabilities, and are regulated by the Human Services Regulator in the Department of Families, Fairness and Housing.

Rooming houses are also private businesses that provide accommodation to often vulnerable residents but are regulated by Consumer Affairs Victoria under different legislation.

The rooming house application has alarmed former Gracemanor resident Jacob, who this year gave evidence to the Royal Commission into Violence, Abuse, Neglect and Exploitation of People with Disability about his time at the disability home.

“I can attest that they are not fit to operate a facility for the disadvantaged,” Jacob wrote to Melton City Council in an objection to the planning application.

“During my time at the facility I witnessed and experienced … abuse and exploitation of residents.”

Jacob told the Royal Commission the food at the home was “horrible towards the end” and he once went on a hunger strike, losing 13 kilograms, after repeatedly complaining about power outages in residents’ rooms.

“If someone made a mess in one of the toilets [on the weekend], the staff would leave it until the cleaner came in on Monday.

“[The people running Gracemanor] were improper to have any position in the care industry,” Jacob told the royal commission.

A Department of Justice and Community Safety spokesman said rooming house operators must ensure their rooming house complies with specific minimum standards relating to privacy, security, safety and amenity for the residents.