Massachusetts investigators have named a dead rapist as a person of interest in the 2000 abduction and murder of a 16-year-old lifeguard.

Francis “Frank” P. Sumner Sr., who died in 2016, may have had a role in the slaying of Molly Bish, whose remains were found in the woods three years after she went missing from Comins Pond in Warren, where she was working on June 27, 2000, according to the Worcester County District Attorney’s Office.

When Molly went missing, they found her shoes, radio and med kit left in her lifeguard chair – kicking off a massive search effort that turned up nothing. 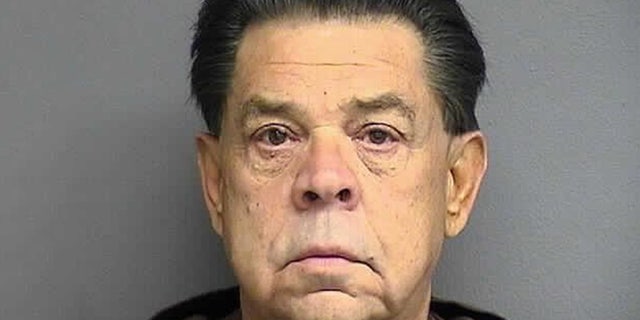 Francis "Frank" P. Sumner Sr., who died in 2016, may have had a role in the slaying of Molly Bish in June 2000.
(Worcester County District Attorney’s Office)

A hunter found her remains about 10 miles away in the woods of Whiskey Hill in Palmer, according to investigators.

Sumner had a lengthy criminal record including a conviction for kidnapping and rape in the 1980s, the Boston Herald reported.

They said they had named Sumner a person of interest after receiving unspecified new information Thursday.

Investigators also shared images of Sumner that share a striking resemblance with a 2001 sketch showing her possible abductor.

Anyone with information on Sumner is asked to contact the Worcester County District Attorney’s Office’s anonymous tip line at 508-453-7575.

Investigators had previously looked at other potential suspects, including the convicted killer Rodney Stranger, who was living in Southbridge, Mass., around the time of the girl’s disappearance and soon moved to Summerfield, Fla. He is already in prison serving a 25-year sentence for stabbing his ex-girlfriend in 2008.

Fox News’ Cristina Corbin and the Associated Press contributed to this report.