A heartbroken mother and stepfather who allege doctors ignored concerns about their seriously ill 11-year-old daughter before her death carried her ashes into the inquest conclusion today.

Melody Driscoll died in July 2018 after years of serious illness with conditions including Rett syndrome, a rare, life-limiting neurological disorder, as well as global developmental delay, gastrointestinal problems and epilepsy.

Diagnosed with Rett syndrome aged two, Melody was referred to Great Ormond Street Hospital (GOSH), which was responsible for much of her care until she was 10.

Her parents Karina and Nigel Driscoll have alleged the actions of KCH reduced Melody’s quality of life and contributed to her death.

They carried a box with Melody’s name printed on the side and containing her ashes into the inquest conclusion at Southwark Coroner’s Court today. The parents were wearing yellow shirts reading ‘Justice for Melody’. 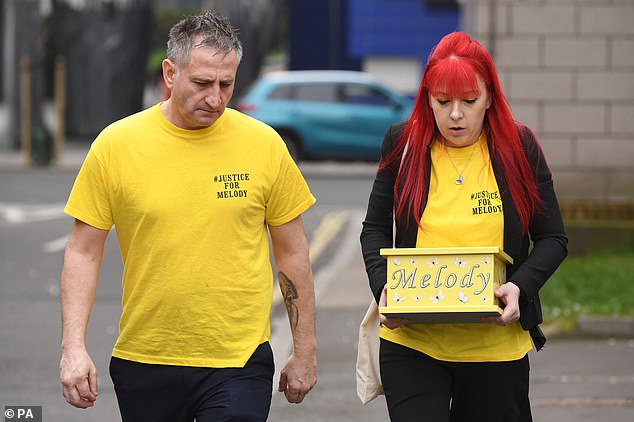 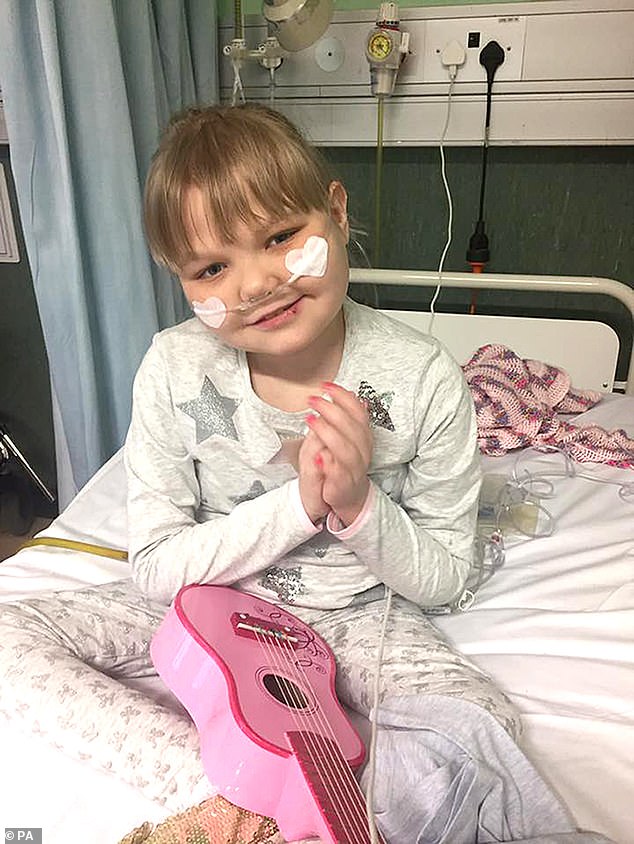 Melody died in July 2018 after years of serious illness with conditions including Rett syndrome, as well as global developmental delay, gastrointestinal problems and epilepsy 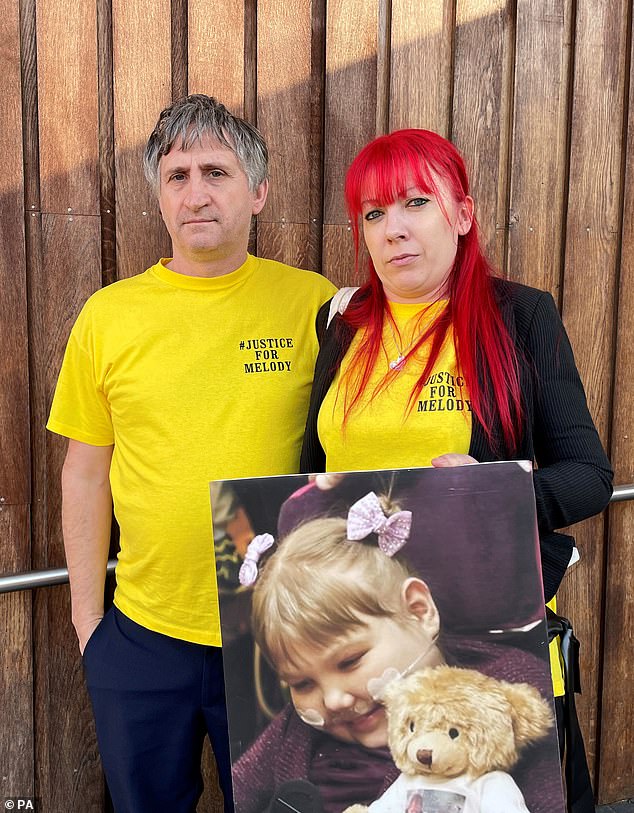 WHAT IS RETT SYNDROME?

Rett syndrome is a genetic disorder that affects all body movement.

Development appears normal until the child is six to 18-months-old, but they then start suffering loss of speech and balance.

The condition can also lead to scoliosis or seizures.

Treatment such as physiotherapy can help slow the rate of movement loss, but there is no cure for the condition.

Sufferers can live to their 40s but most die before 25.

This week, the inquest heard a revised post mortem proposed the child’s cause of death as multiple organ failure and gastrointestinal haemorrhage.

Perforation of the small intestine, due to a procedure in May 2018, was also suggested as contributing to her death.

In a written statement read out by her barrister Patricia Hitchcock QC, Mrs Driscoll said: ‘She was a stunning, vibrant, happy little girl who loved life, she was really smiley and even when she was suffering the most severe pain, she would smile every day at some point.’

Mrs Driscoll told the court that while she was largely non-verbal, her daughter made recognisable signs when she was in pain, including tensing her muscles, shouting, self-harming and pulling on her tubes.

However, she claimed staff at KCH had a ‘we know best attitude’ that meant Mrs Driscoll’s concerns were not listened to.

‘I would say that King’s College Hospital took a very negative view about Melody and us as a family from an early age and, for example, started to believe that Melody’s pain behaviours were not in fact expressions of pain but her simply ‘acting out’.’

Mrs Driscoll’s statement added that ‘very serious allegations’ were made against her and Melody’s stepfather about their ability to care for her.

The inquest heard a combination of steroid medication and painkillers helped reduce flare-ups where Melody’s pain would be especially severe for days or weeks.

However, Mrs Driscoll said KCH had insisted there was no need for the steroid, reducing her dose around September 2017. 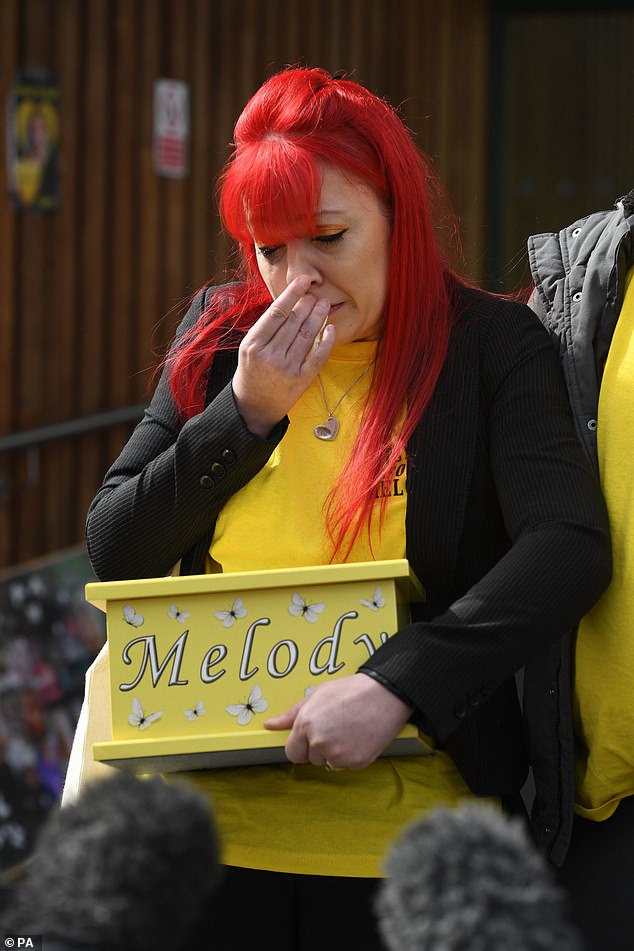 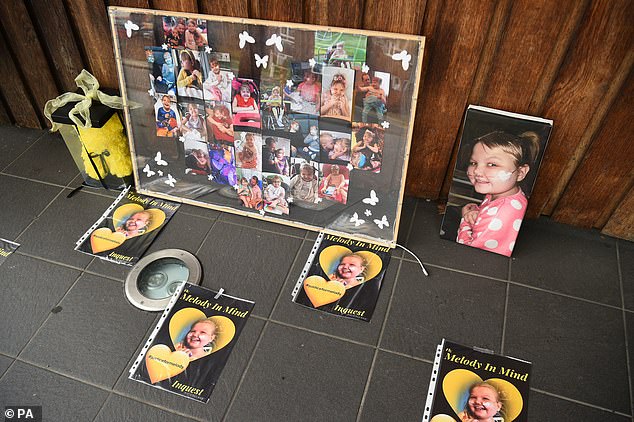 Tributes for Melody Driscoll outside Southwark Coroner’s Court in London 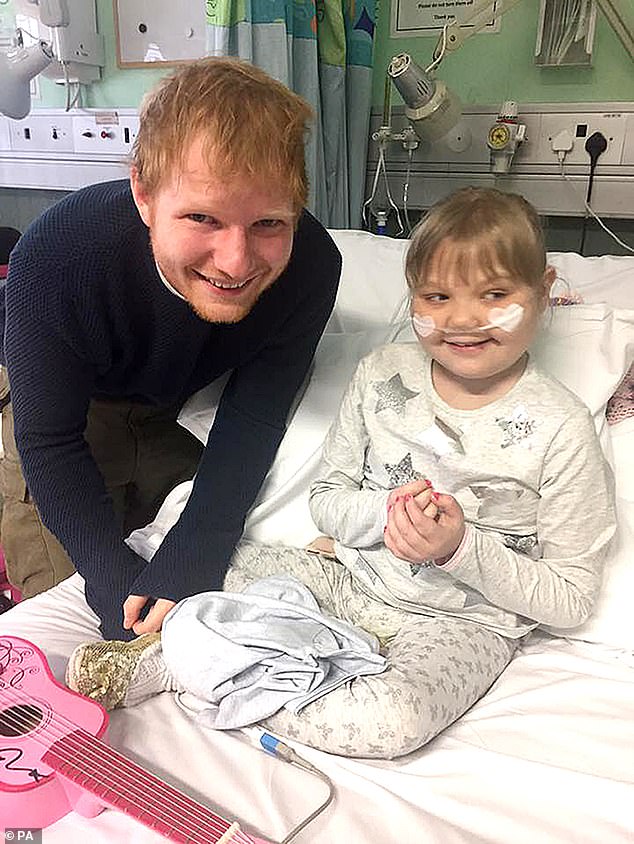 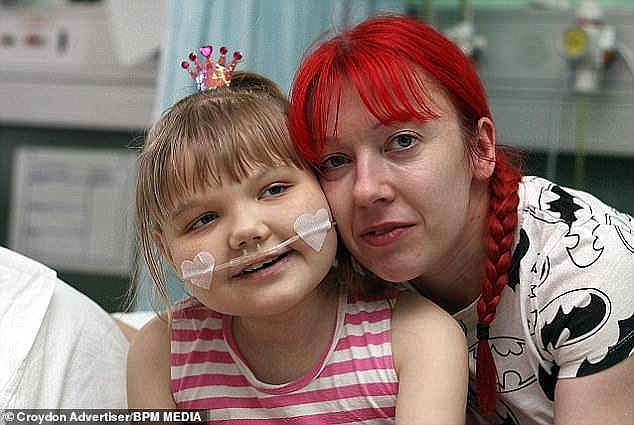 ‘King’s College Hospital had unilaterally decided… to stop the medication as there was said to be no supporting evidence for inflammation,’ she said.

Melody’s parents are ‘adamant’ that she would have been in a much better condition for future treatments had the steroids not been reduced.

They also claim that reducing her analgesia dose, used to refer to her painkillers, also contributed to her death.

Mrs Driscoll’s statement added: ‘When Melody was left in severe pain, she tightened her body muscles intensely and clenched and pulled in her limbs. This would worsen the extent of the internal bleeding.’

She continued: ‘I still feel an overwhelming sense of sadness that purely because Melody could not herself say what she needed, and KCH were unwilling to learn Melody’s ways of communicating her pain or listen to those who knew how she communicated, she was left without appropriate treatment and lost her quality of life.’ 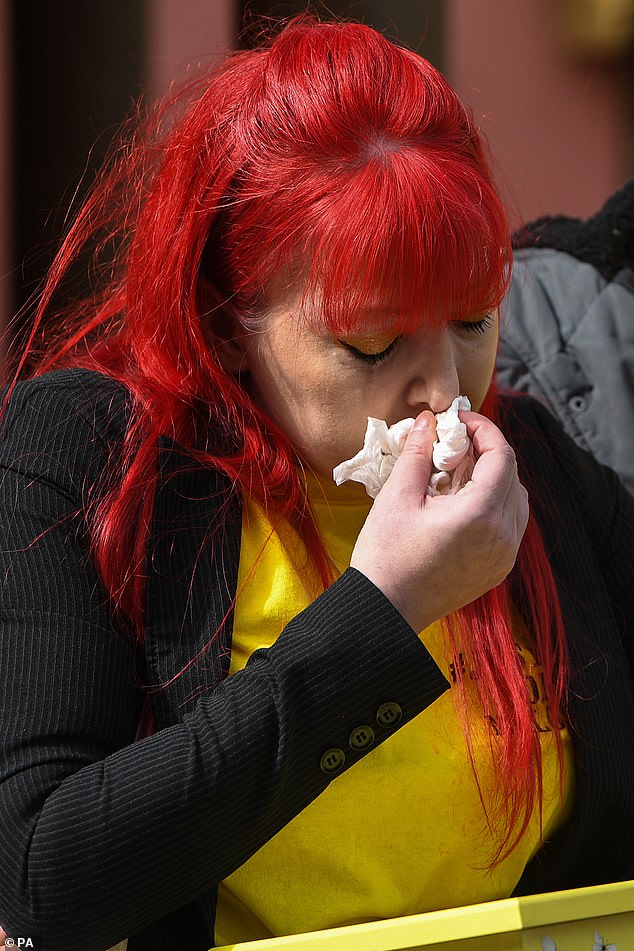 Karina Driscoll, the mother of Melody Driscoll, talks to the media outside Southwark Coroner’s Court, London, following the inquest into their daughter’s death 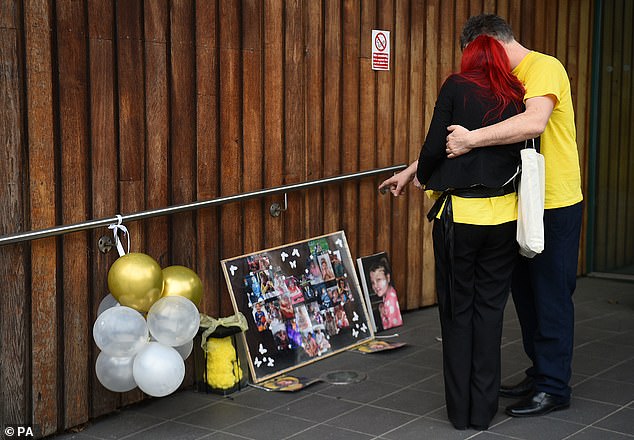 Nigel and Karina Driscoll, the parents of Melody Driscoll, look at tributes 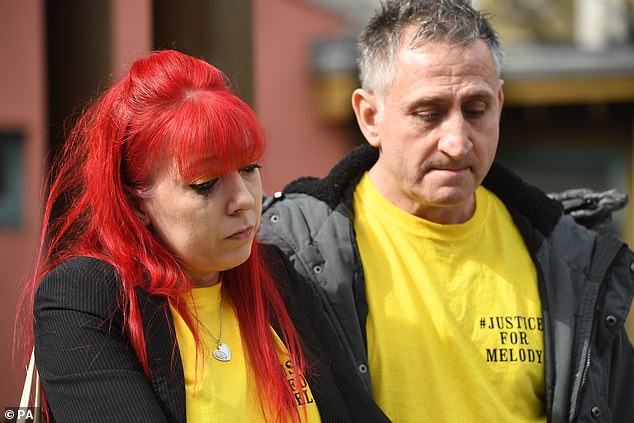 On Tuesday, Dr Jonathan Hind, a consultant paediatric hepatologist at KCH, told the inquest the patient ‘occasionally’ suffered pain, but also suffered from withdrawals as the medication was weaned.

Giving evidence via video link, he said: ‘I do think she sometimes suffered pain, yes. I would say it was not every few hours.’

Dr Hind said Melody’s doctors and family agreed to wean her off the morphine and ketamine. However, her parents previously suggested the medication was reduced and contributed to their daughter’s death.

‘I do think that sometimes Melody had pain from the bowel and other times I do think it was withdrawals, and in both situations, morphine would help,’ Dr Hind continued.