Mystery deaths strike down herd of 18 elephants in shocking video

AN investigation is underway in India after 18 elephants were found dead in a forest.

Revealed in a collection of shocking videos and images, the large native animals, including five calves, can be seen strewn across the jungle floor in front of horrified locals. 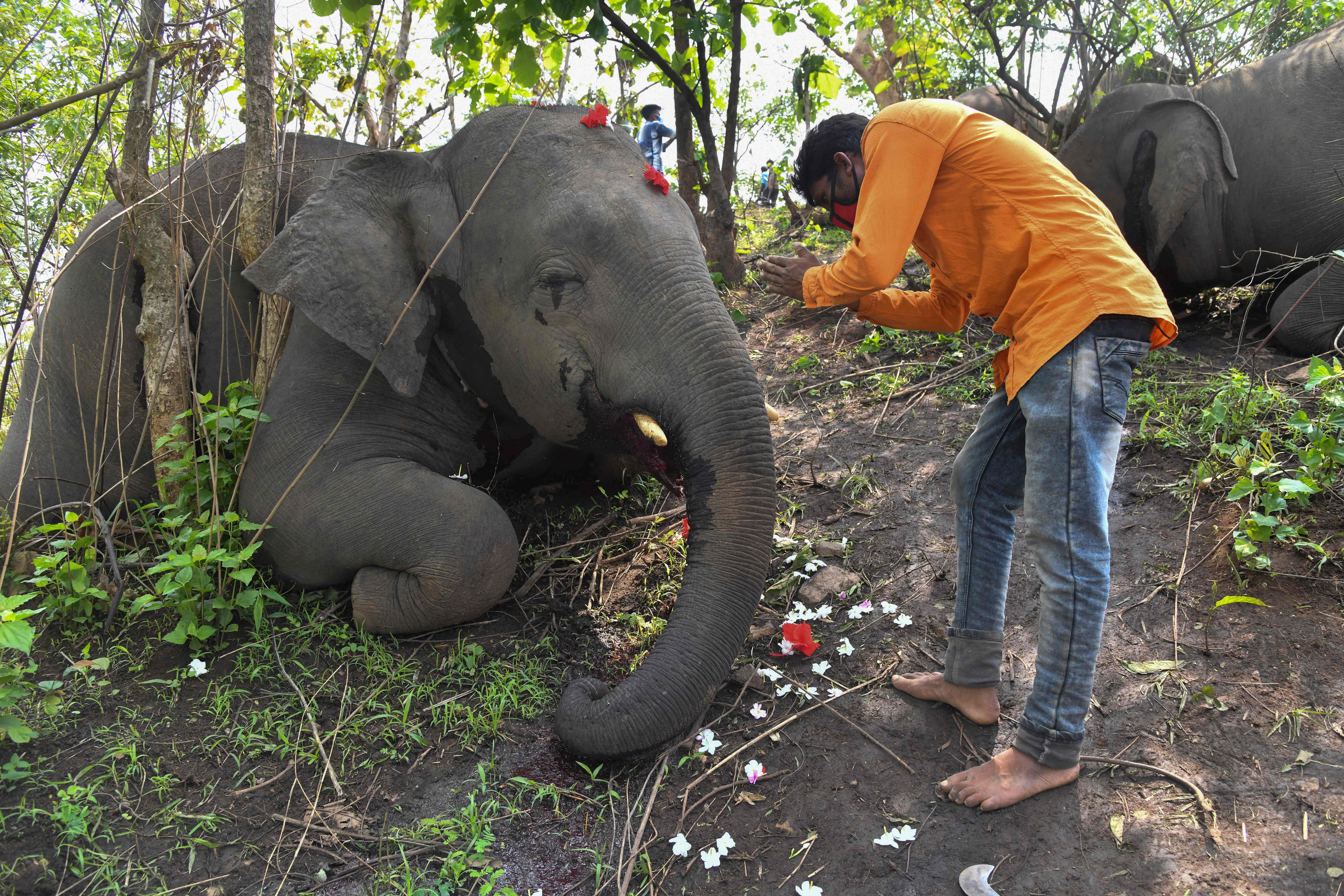 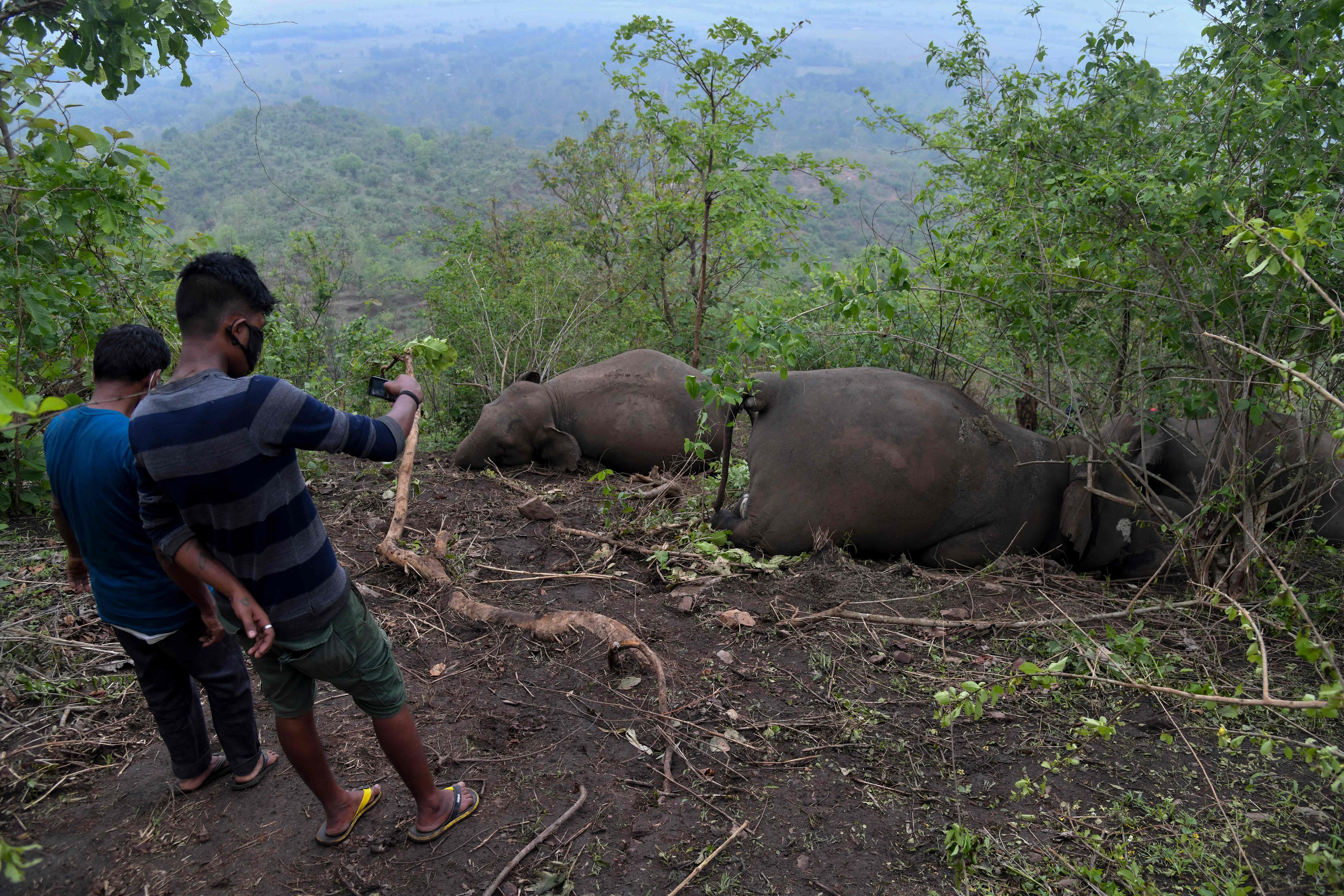 The dead herd was found in the hilly Kandali Proposed Reserve Forest in the northeastern India state of Assam on Thursday.

Indian authorities have now launched an investigation in order to reach a consensus about the cause of death, with poison and lighting deemed the most viable explanations.

A team of vets and officials headed to the site on Friday together with Parimal Shuklabaidya, Assam's forests and environment minister.

The minister confirmed that the carcasses have been sent for post-mortem examinations with preliminary investigations suggesting lightning was the cause.

"This is a very sad incident, such incident has never occurred in the forests of Assam," he said.

"Today in the afternoon during rainfall, a thunderstorm occurred and it was so intense that 18 elephants died in the forest."

A forest ranger said he had seen burnt trees in the area. 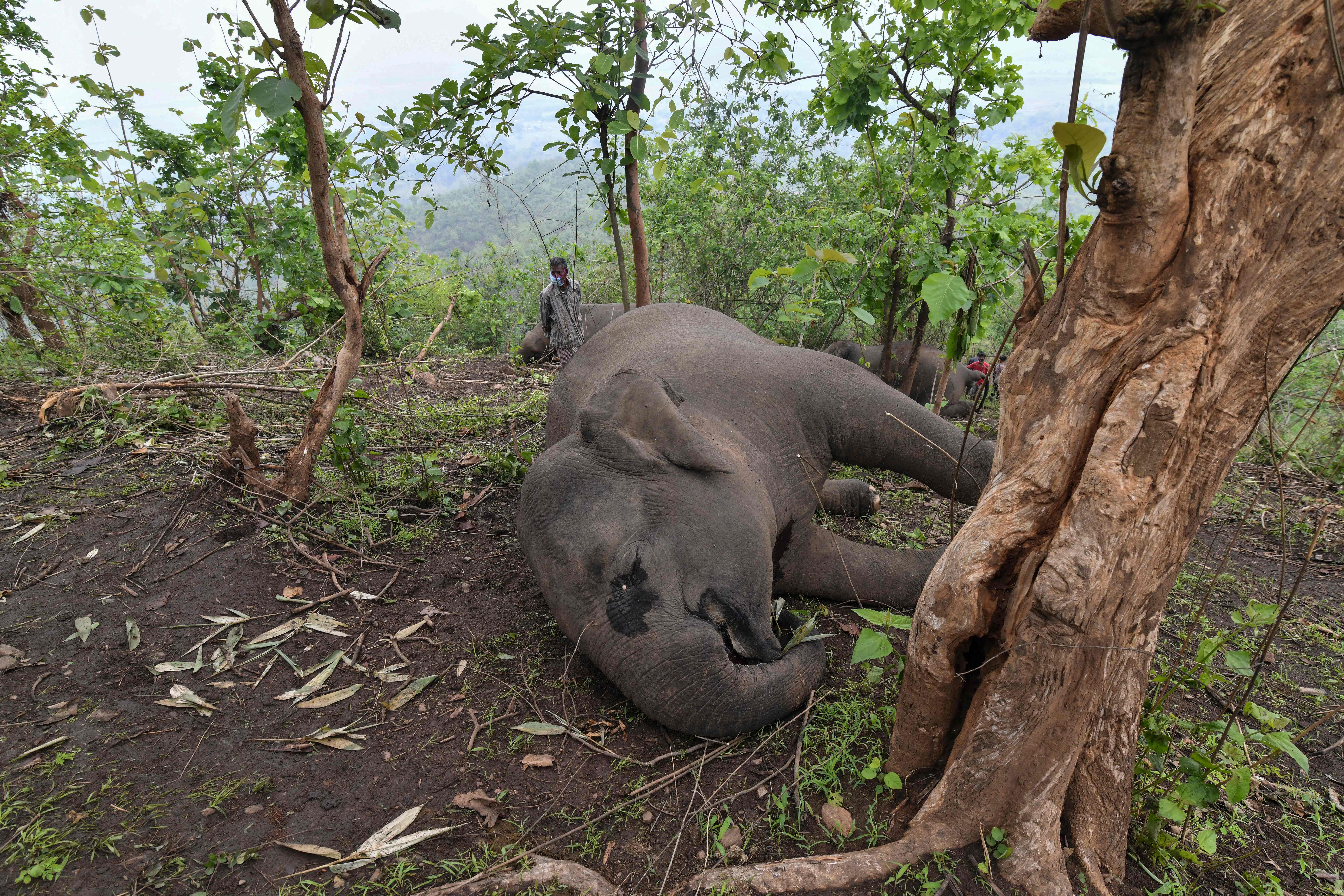 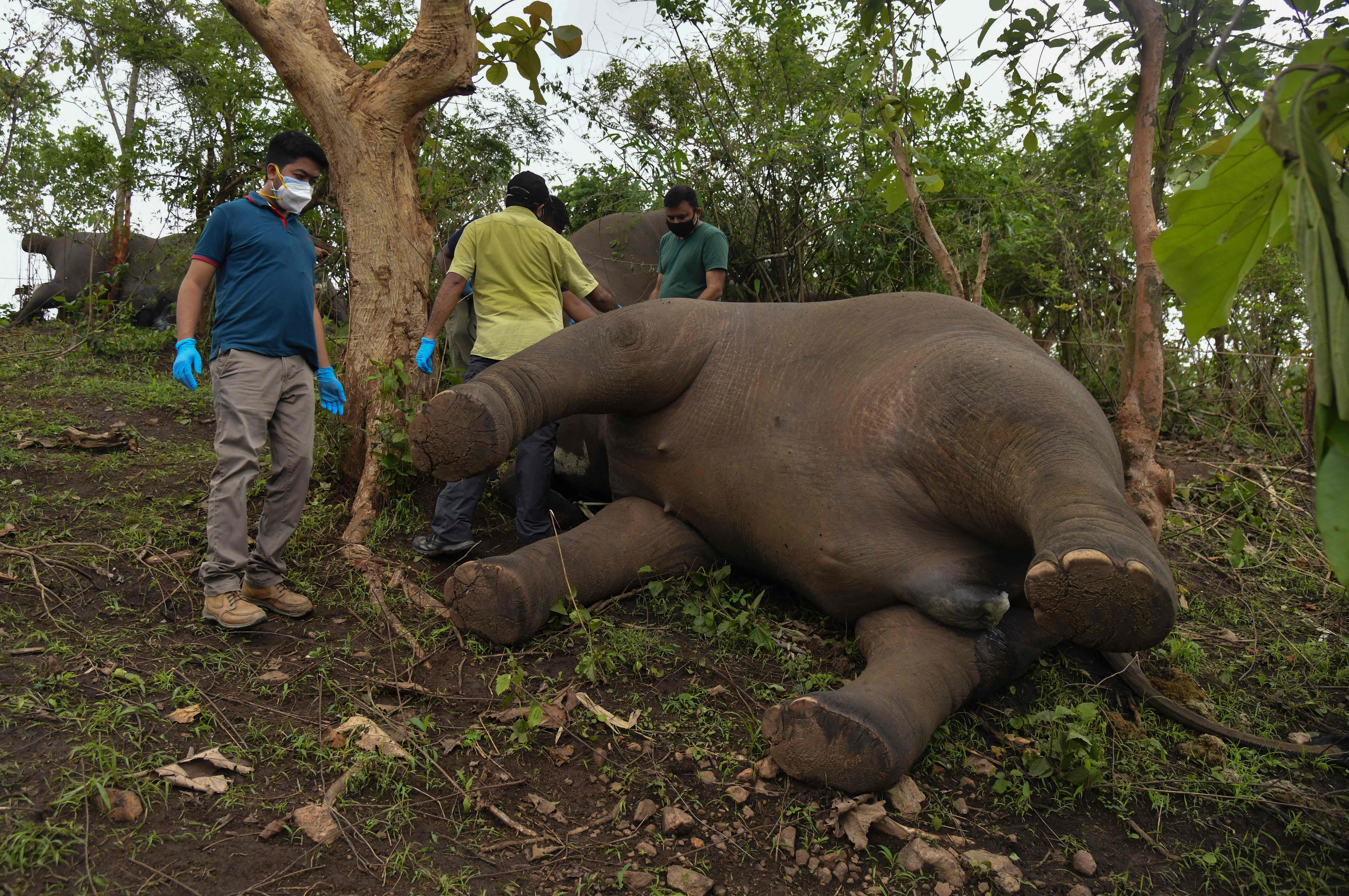 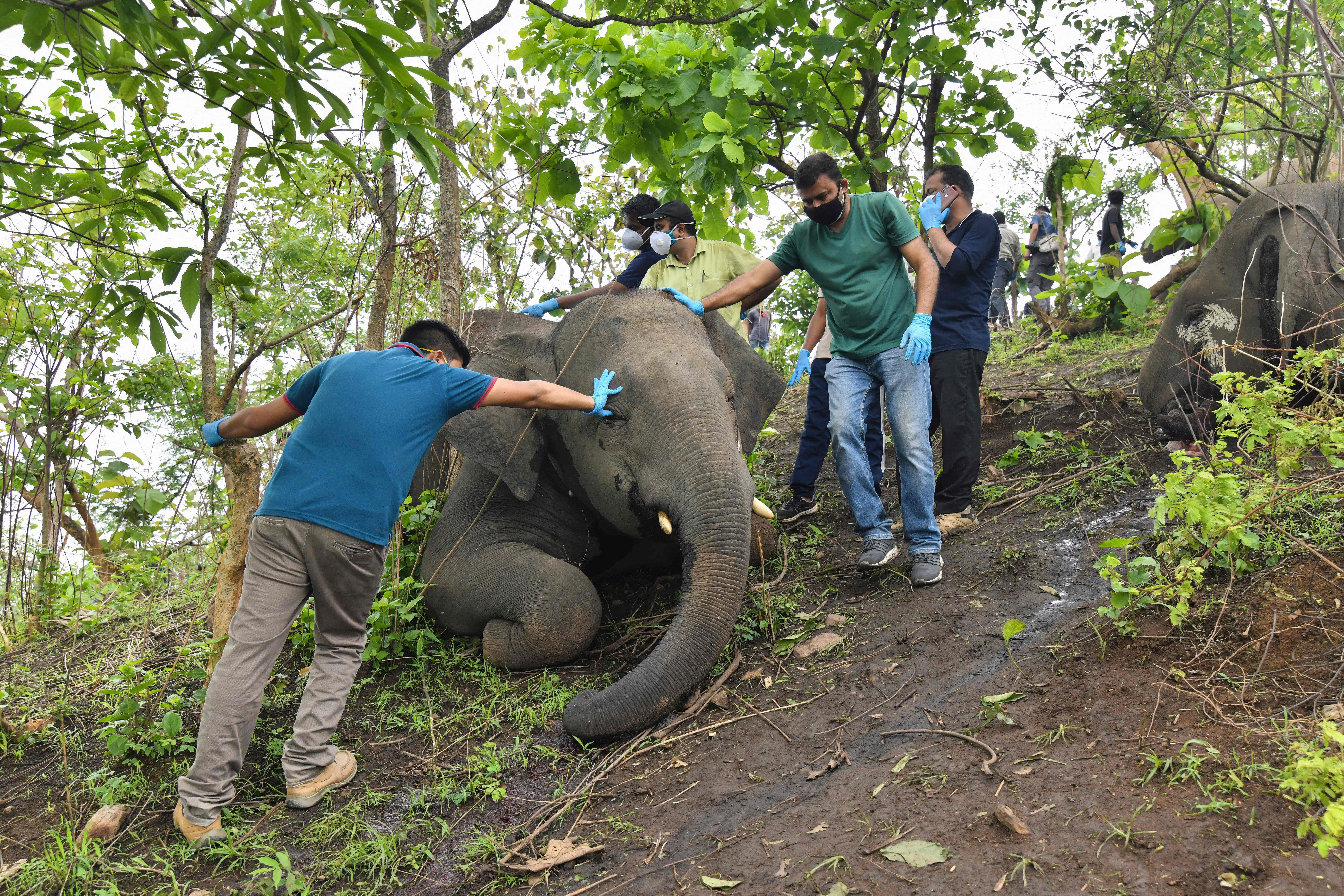 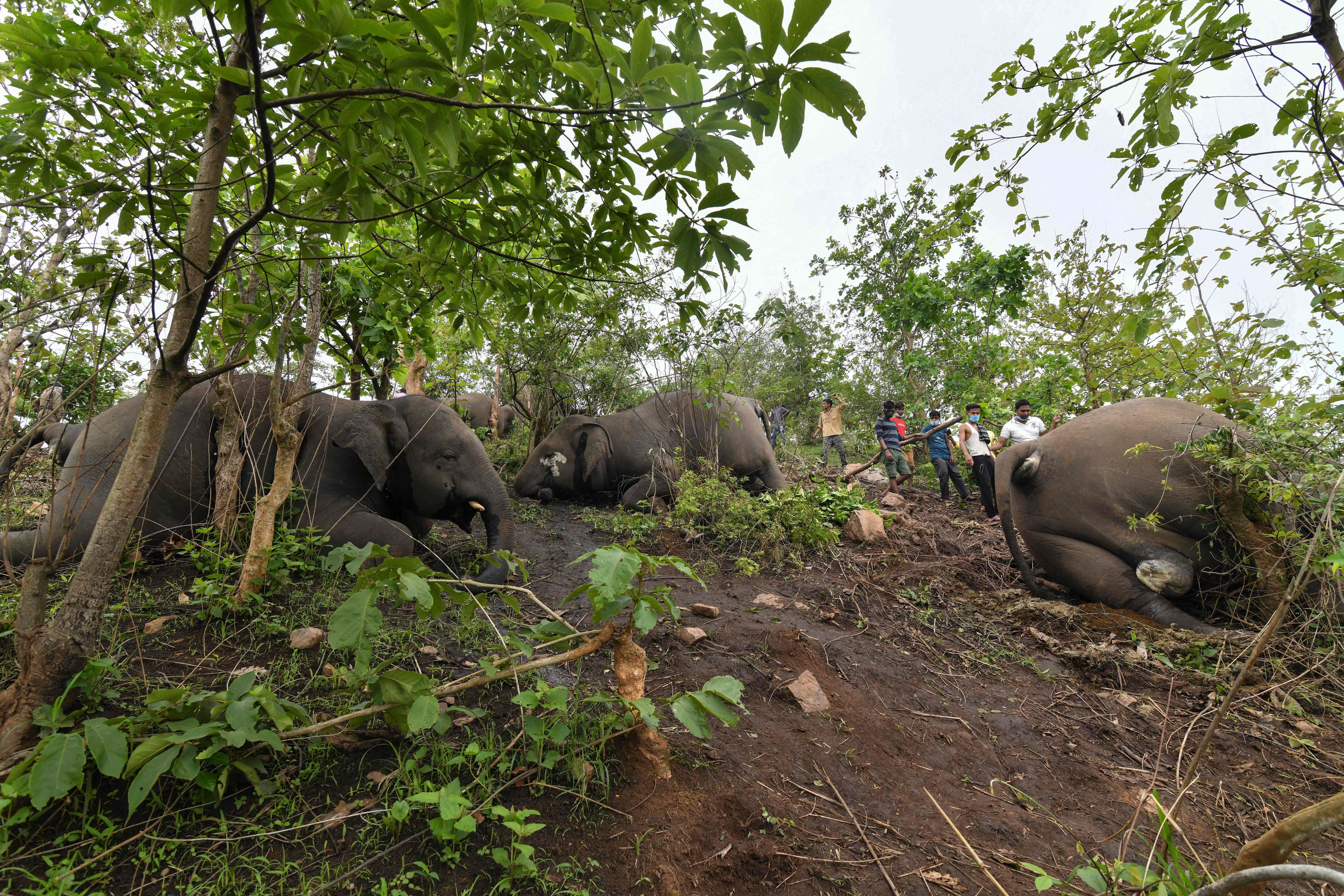 However, prominent conservationist Soumyadeep Datta, from environmental activist group Nature's Beckon, said that was unlikely based on social media images.

"Poisoning could be behind the death of the elephants," Datta told AFP.

"We have to wait for the autopsy report, which the forest department will do soon."

India is home to nearly 30,000 elephants, around 60 percent of the wild Asian elephant population.

In recent years there have been rising incidents of elephants killed by locals — and vice-versa — as humans encroach further into forest areas. 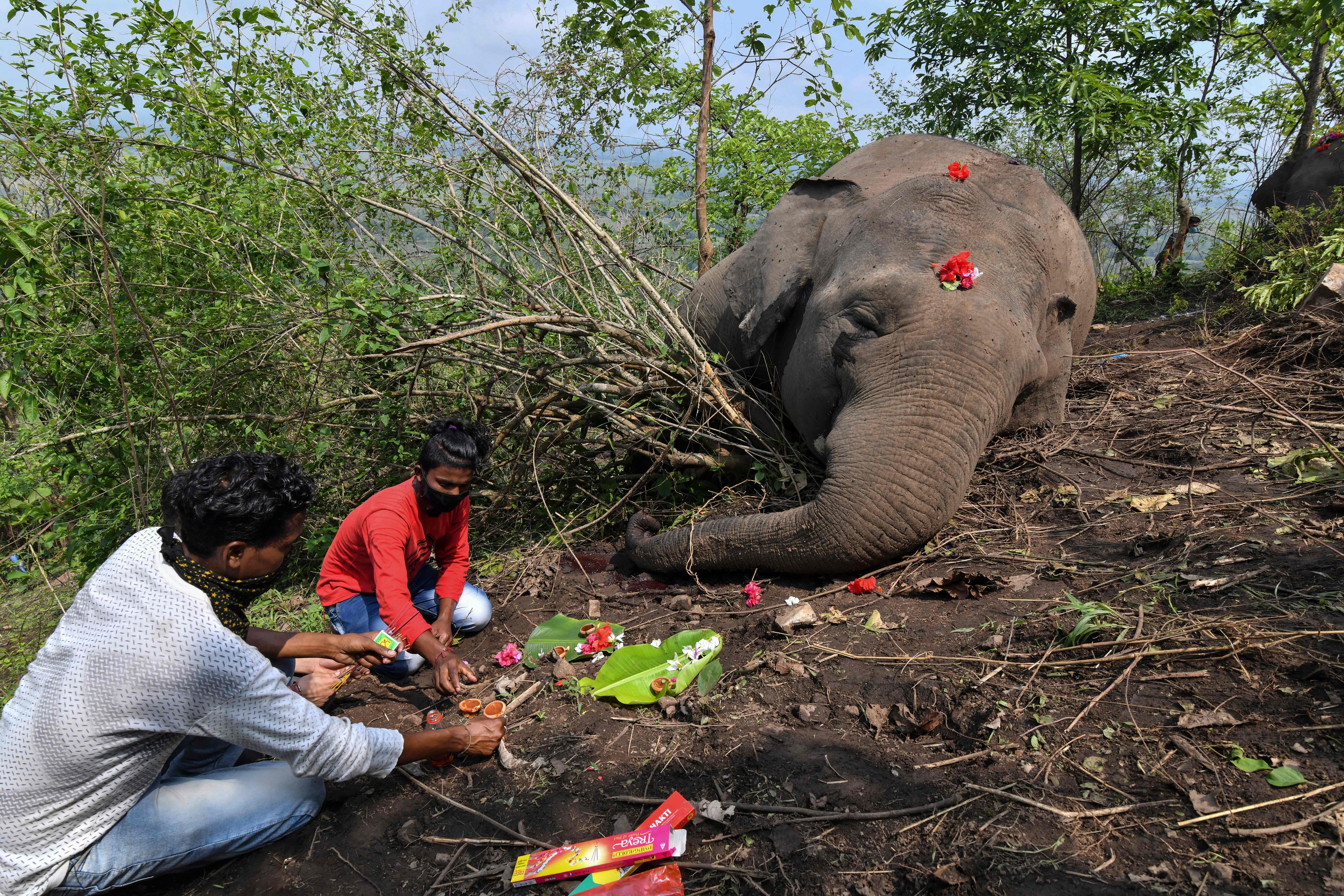 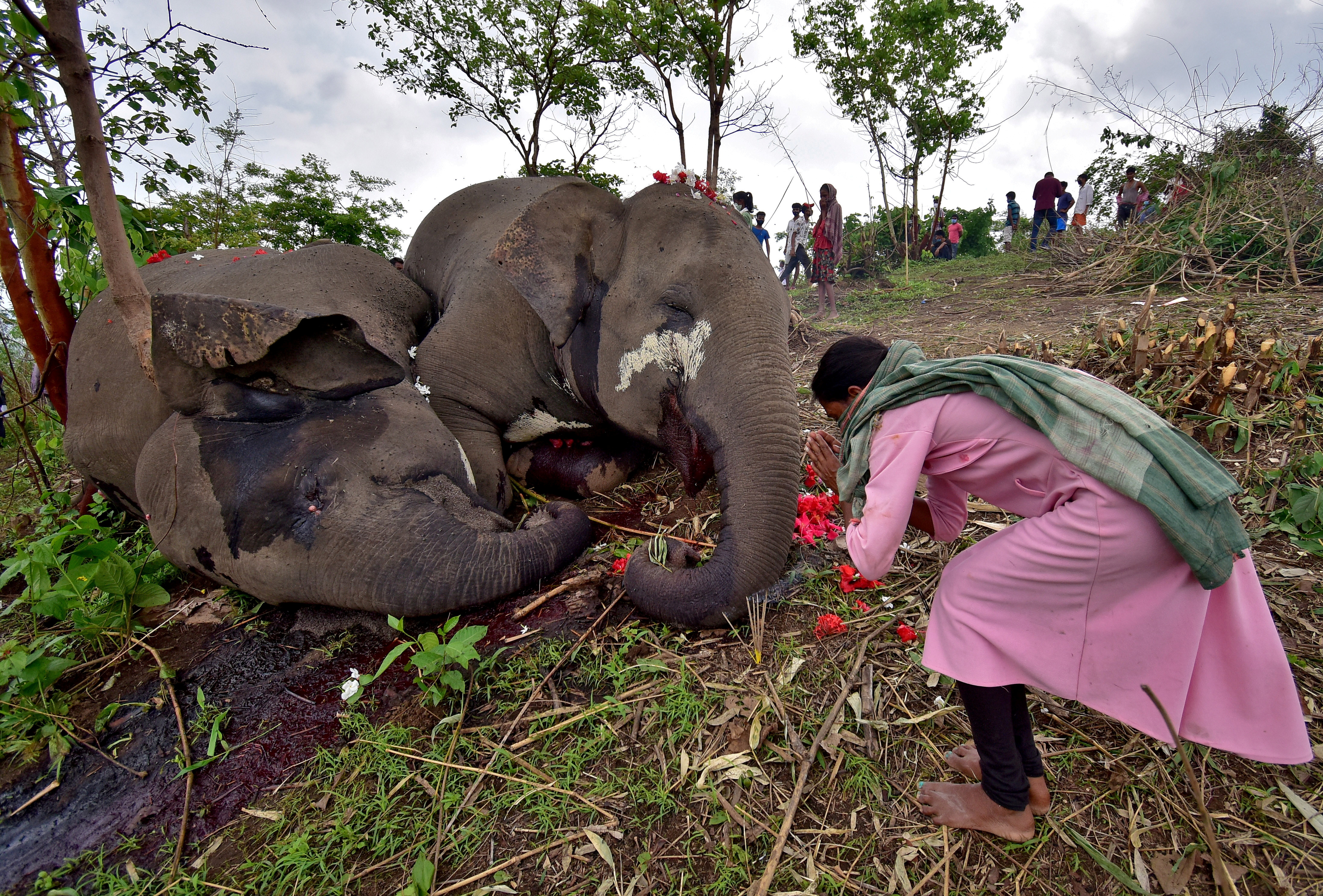