BBC news executives hid Martin Bashir’s controversial interview with Diana, Princess of Wales, from the corporation’s chairman because they feared his wife would tell Buckingham Palace.

According to the Times, officials are to hear that Steve Hewlett, who was head of Panorama at the time, and Richard Ayre, controller of the BBC editorial policy, decided not to inform senior managers or the governing body of the corporation about the interview. 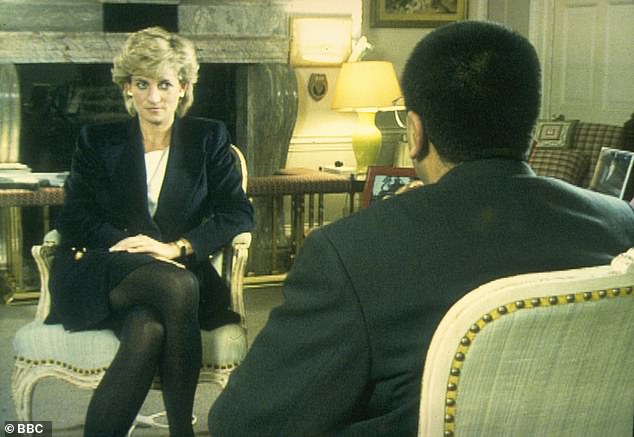 The newspaper reported that a friend of Mr Ayre said they feared that if they did, the BBC Chairman Marmaduke Hussey would tell his wife Lady Susan Hussey.

Lady Hussey was a lady-in-waiting and godmother to Prince William – who they feared would then tell Buckingham Palace.

Mr Hewlett and Mr Ayre also reportedly breached the corporation’s rules by failing to brief the royal liaison unit because it was seen as being too close to the Palace, according to the Times.

It has been 25 years since Bashir landed the historic interview with the Princess, in which she sensationally revealed there were ‘three people in my marriage’ – a reference to her estranged husband’s relationship with Camilla Parker Bowles, now Duchess of Cornwall.

Mr Hewlett went on to become one of the industry’s most celebrated broadcast journalists before his death from cancer in 2017. 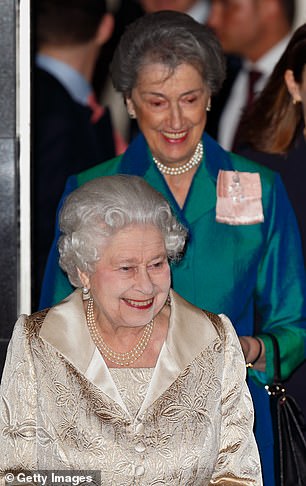 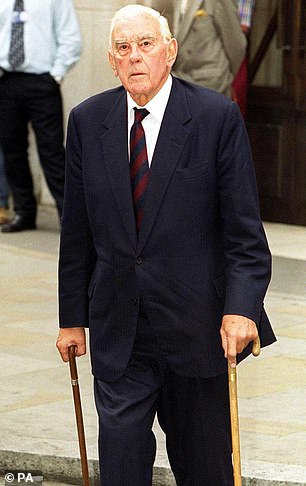 The inquiry is expected to hear that news executives feared if they told BBC Chairman Marmaduke Hussey (pictured right) that he would tell his wife Lady Susan Hussey, pictured as Lady-in-Waiting (left) with the Queen, would then tell the Royal Family about the interview

Five months after the 1995 interview was broadcast, The Mail on Sunday revealed that Mr Bashir had commissioned graphic designer Matt Wiessler to forge bank statements to convince Diana that her staff were leaking stories about her.

As a result of the allegations, the BBC launched a review of the programme the following year, overseen in part by Tony Hall, then head of news and current affairs, who retired as director-general in August.

It concluded: ‘The BBC has been able, independently, to verify that these documents were put to no use which had any bearing, direct or indirect, on the Panorama interview with the Princess of Wales.’

But after renewed publicity around the anniversary of the interview last month, Earl Spencer called for a fresh investigation into the episode, accusing the Corporation of a ‘whitewash’ in its initial investigation.

Earlier this month, the BBC’s Panorama announced it is to launch an unprecedented investigation into its own affairs in an effort to get to the bottom of the matter.

John Ware, one of the Corporation’s most respected journalists, has been commissioned to create a special edition of the show which will scrutinise his former colleague and the BBC over the interview, once hailed as the scoop of the century.

The investigation, which is likely to be highly embarrassing for both the show and the BBC, could be broadcast next year, sources told The Mail on Sunday – with Mr Ware told to leave ‘no stone unturned’.

Mr Bashir is currently signed off sick after contracting Covid-19 and having a quadruple heart bypass operation.

The reporter, who has since been photographed leaving his £2 million home to buy a takeaway and visit a wine shop, is unlikely to return to the BBC.