Home » World News » NHS nurse, 46, who called Covid a 'scamdemic' is sacked from her job

NHS nurse, 46, who called Covid a ‘scamdemic’ and likened the vaccine programme to ‘genocide’ is sacked for spouting conspiracy theories

An NHS nurse who labelled Covid the ‘scamdemic’ and compared the vaccine programme to the Holocaust in a series of inflammatory social media posts has been sacked.

Tracey McCallum was reported by colleagues to NHS24 bosses at Crosshouse Hospital in Ayrshire, Scotland, after spreading Covid conspiracy theories including that face masks help spread the virus and likening vaccines to ‘genocide’.

The 46-year-old from Darvel was also reported to the Nursing and Midwifery Council after telling people vitamins and minerals could beat off the virus.

Ms McCalllum, a nurse of two decades, was sacked earlier this year, but appealed her dismissal. However she has now revealed she has lost the appeal.

Speaking to The Richie Allen Show, a UK-based digital radio programme that has previously featured Holocaust deniers and anti-Semites, she said: ‘I don’t have any regrets. I’ve still got my moral compass intact. 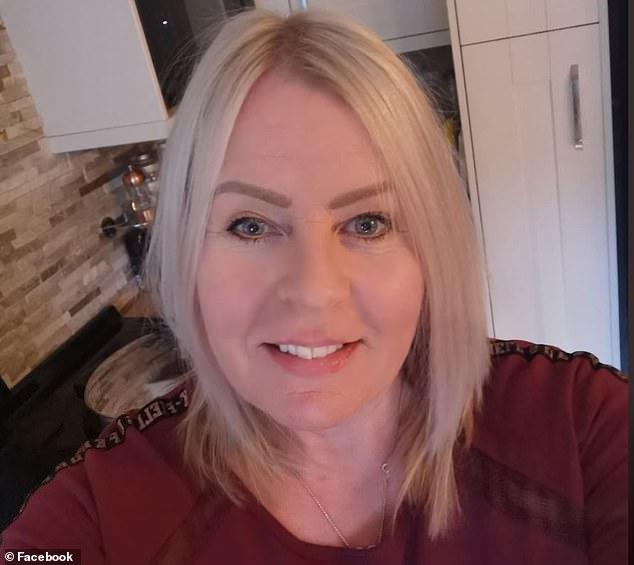 Tracey McCallum (pictured) was reported by colleagues to NHS24 bosses at Crosshouse Hospital in Ayrshire, Scotland, after spreading Covid conspiracy theories including that face masks help spread the virus and likening vaccines to ‘genocide’ 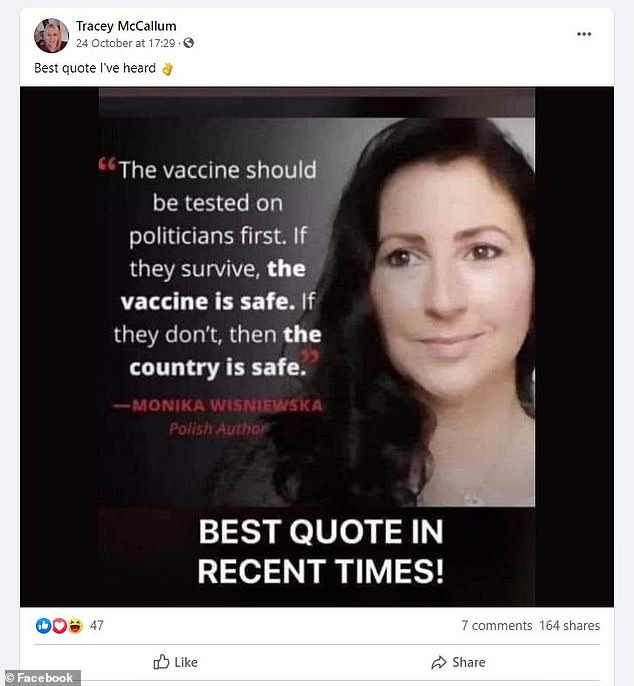 A post on her Facebook, attributed to Polish author Monika Wisniewska, said: ‘The vaccine should be tested on politicians first’

‘As soon as I figured out what was going on I thought “I can’t be a part of this, it’s disgusting”.

‘I was ashamed of the NHS for the first time in my life. It just didn’t sit right. I’m not very good at holding my water when I think something is wrong.’

Ms McCallum, a vaccine sceptic whose current Facebook profile picture features the slogan ‘My body, my choice’, says the row over her views started out when she posted in a social media page for nurses.

She said: ‘I got reported for a post I put in there. I think I spoke about genocide and injections and things like that and the Holocaust and it didn’t go down that well where I worked.

‘At that point I was off anyway because I had been put through the conduct for forgetting my pass. It just sort of made things a wee bit more worse anxiety wise. 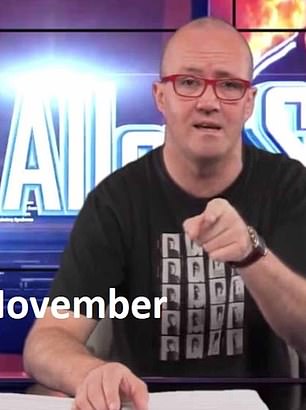 Ms McCallam appeared on the Richie Allen Show which has been criticised by the Board of Deputies of British Jews over, though Richie Allen denies being anti-semitic

‘I thought I was going crazy. I thought, am I in the matrix?’

Ms McCallum says she now belongs to a private messenger group which she claims has over 100 Covid and vaccine sceptics. She says there are nurses, paramedics, teachers and social workers in the group.

‘We are still going strong now, I think I’ve got over 100 and we all chat daily, swap stories and support each other.

‘But there’s a lot of fear about what people are going to do about jobs and I think that’s sad.

On the appeal she said: ‘I expected that (to lose the appeal). I was under no illusions I was going to lose my job over this.

‘And at that point I was a lot better than what I had been because I came to terms with everything.

‘I had a call with a home and apparently every single staff member and patient in the care home were vaccinated.

‘I saw the women with a mask on and I thought “Oh my God, how am I going to work in a place like this?”

She said she is now ‘happily’ working as an assistant to a chiropractor. ‘It’s the best job I’ve had in years. It’s half the money but I’m surviving, she said.

‘I’m ecstatic going to work and I don’t dread it. 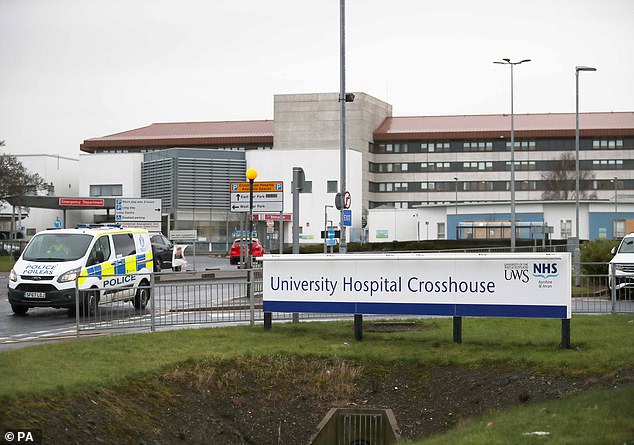 Ms McCallum, who has worked for the NHS for 20 years, was suspended last year after being off sick for weeks with work-related stress

Asked if she had seen or heard anything to change her mind about the vaccines being ‘dangerous’, she said: ‘No. It’s an easy answer.’

Ms McCallum, who has worked for the NHS for 20 years, was suspended last year after being off sick for weeks with work-related stress.

But she said she spent hours doing her own research on the vaccines during her suspension and had shared it in nursing groups.

A post on her Facebook, attributed to Polish author Monika Wisniewska, said: ‘The vaccine should be tested on politicians first.’

The bizarre message added: ‘If they survive, the vaccine is safe. If they don’t, then the country is safe.’

One of her comments also said: ‘NO PRIMARY CARE AT ALL.

‘That will increase hospital admissions and deaths and keep this scamdemic going forever.

‘Management everywhere are bullies and control us. Its all a game to see who can be the most sadistic.’

Another post claimed: ‘I believe the NHS is as corrupt as the Government.’

While one more added: ‘More people are waking up from the lie since birth. Tyranny! Genocide! Treason!

‘The world is going to be a better brighter place when we all move from the dark side.’

Ms McCallum stood by her comments and claimed she was targeted by top brass for asking ‘too many questions’.

The nurse also backed Donald Trump’s claim hydroxychloroquine was the way to beat the virus, despite experts’ fears it could have dangerous side effects.

She claimed: ‘There are 170-odd peer reviews that have said they have had really good outcomes with hydroxychloroquine, zinc and vitamins C and D, because our immune systems are amazing things.

‘The drug is for malaria, but if it works, it works. I’d rather try that – something that’s been around for years and is a good medication for a lot of things – than try a vaccine. I’m not being a guinea pig for that.’

On her genocide comment – which saw her removed from a 34,000-strong group chat – Ms McCallum doubled down.

She claimed nurses were tricked into medicating people during the war and Holocaust and alleges there were ‘a lot of bad side effects’.

Despite her sacking, according to the Daily Record she still appears on the Nursing and Midwifery Council database as a registered nurse with no restrictions.

A spokesperson for NHS24 said: ‘All matters relating to NHS 24 staff are treated in strictest confidence and in line with our internal processes. We are unable to comment further.’

MailOnline has contacted Ms McCallum for comment, but has yet to receive a response.