The party has ordered an independent investigation into the MP’s behaviour at university after a former flatmate came forward to Radio NZ. 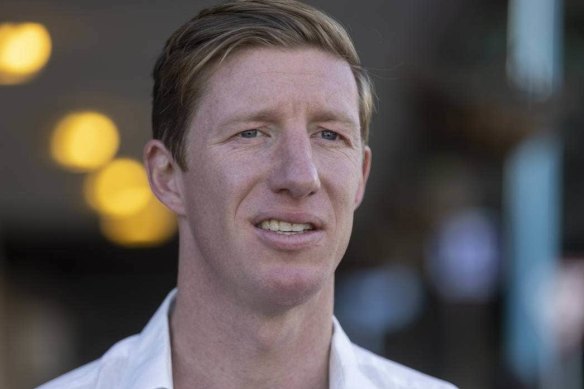 Sam Uffindell was elected MP for Tauranga in the June byelection.Credit:Kelly Hodel/Stuff

The flatmate, speaking anonymously, says she had to move out of her Dunedin apartment due to Uffindell’s outbursts and “excessive” alcohol and drug use.

“He was smashing on my door and yelling obscenities and basically telling me to get out ‘hit the road, fatty’,” she said of one incident.

“I ended up climbing out of my bedroom window and ran to a friend’s house to stay the night. I feared for my safety. I was scared.”

Uffindell denies the allegations, saying “flatmates fell out” and the incident “simply did not happen”.

“When I was a student at Otago I enjoyed a student lifestyle, which included drinking and, at times, smoking marijuana,” he said.

“I reject any accusation that I engaged in behaviour that was intimidatory or bullying.”

National party president Sylvia Wood said the investigation would be carried out by Maria Dew QC and take two weeks.

The new allegations come on top of revelations published on Monday by Stuff that Uffindell, as a 16-year-old, bashed a 13-year-old in high school, leading to his expulsion from a prestigious Auckland boarding school.

In an emotional press conference on Tuesday, Uffindell confessed to being a bully and a thug in his younger years, and that he “wasn’t proud” of the person he was.

He informed party bosses of the assault in the lead-up to the preselection but it was not made public.

Uffindell, now 38, apologised to the bashing victim last year, which the victim accepted until he saw Uffindell start his political career months later, prompting him to come forward and reveal the assault.

The former Rabobank executive won a by-election in Tauranga in June.

The MP also faces charges of hypocrisy, given he campaigned on law and order issues, saying in his maiden speech that Tauranga was battling a “growing culture of lawlessness, lack of accountability, a sense of impunity, and significant underlying generational social problems”.

The saga is a significant problem for leader Chris Luxon, who faces his own charges of hypocrisy and poor judgment.

On Tuesday, Luxon said Uffindell was “a good candidate and is a high integrity person and he’s got good character”. In the morning, he said Uffindell’s actions were not criminal behaviour, but in the afternoon, he conceded it was assault.

On Wednesday, his tone changed completely.

“We’ve had an MP involved in completely unacceptable and unlawful behaviour,” he told Radio NZ.

“The determination was, look, a 38-year-old man is different from a 16-year-old bully. He genuinely felt … he had reformed and changed,” he said.