London: The team behind the Oxford jab have launched research on whether the vaccine could be taken as a pill – a medical breakthrough which could make annual coronavirus inoculation programs faster, cheaper and more widespread.

Professor Sarah Gilbert, the lead developer behind the Oxford-AstraZeneca vaccine being rolled out around the world including in Australia, said a product delivered via nasal spray could also be a game changer in the race for “second generation” vaccine products. 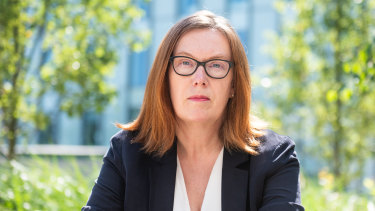 Professor Sarah Gilbert was a key figure in the development of the Oxford-AstraZeneca vaccine. Credit:John Cairns

Gilbert told British MPs on Wednesday that her team had started to assess both approaches.

Avoiding labour-intensive COVID-19 vaccination programs could be a crucial factor in the world learning to live with the virus, which experts have repeatedly warned could become a seasonal disease similar to the flu.

“But they will take time to develop,” Gilbert said of the pill or nasal spray.

“They will have to be tested for safety and then for efficacy as well because the immune responses that will be generated by both of those approaches will be a little bit different to what we get from an intramuscular injection.

“But they have potentially large advantages, and so that’s where we’re going to be focusing our attention on working out if we could use different delivery rates in the future for these vaccines.” 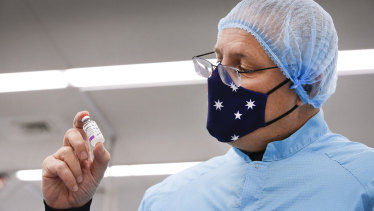 Prime Minister Scott Morrison at the Melbourne factory where the Oxford-AstraZeneca jab will be producedCredit: Getty

Any new product would likely take more than a year to eventuate because it would have to be developed and then go through pre-clinical and clinical trials. Regulators would also have to review it for approval.

Clinical trials are underway in South Africa and the US.

IosBio had been trying to develop an oral vaccine for the Zika virus – partly through UK government funding – before the pandemic began last year.

The company’s chairman, Wayne Channon, said pills or nasal sprays had the potential to overcome the global challenges of traditional vaccines, including storage temperatures.

“Oral vaccines are more cost effective to produce and can be easily stored and transported around the world,” he said last month.

“They also have the potential to be self-administered, reducing health systems’ dependency on trained health professionals to run immunisation programmes and present a future where people could have vaccines delivered straight to their door.”

The former head of the UK’s vaccine taskforce, Kate Bingham, last month said the world would have to develop more efficient ways of making and distributing COVID-19 vaccines.

“Frankly, two injections delivered by health care professionals is not a good way of delivering vaccines,” she told the BBC. “We need to get vaccine formats which are much more scalable and distributable, so whether they are pills or patches or nose sprays.”

Gilbert also told Wednesday’s parliamentary hearing that clinical trials would start over the coming months on a vaccine tweaked to respond to emerging variants. The UK government has flagged a potential autumn ‘booster’ shot program.