Paedophile driving instructor, 37, who raped 14-year-old girl and sexually abused his female pupils including one while she was asleep is jailed for 18 years after brave victim came forward 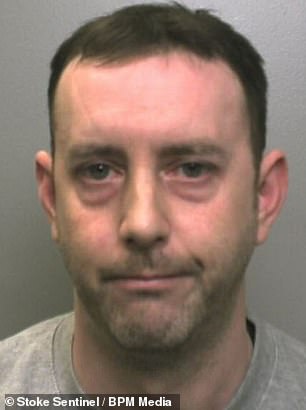 Martyn Rees was arrested by Staffordshire Police after attacks in Newcastle-under-Lyme, Cheshire and Manchester between February 2015 and March 2018

A paedophile driving instructor has been jailed for 18 years after raping a 14-year-old girl and sexually assaulting eight of his pupils including one while she was asleep.

Martyn Rees was arrested by Staffordshire Police after attacks in Newcastle-under-Lyme, Cheshire and Manchester between February 2015 and March 2018, when a brave victim came forward, Stoke-on-Trent Crown Court heard today.

When police seized his mobile phone they found 29 video clips he had secretly recorded showing young women’s private parts as he gave them driving lessons.

Officers said one video featured a teenager who was unconscious while Rees sexually assaulted her.

As he passed sentence Judge David Fletcher said: ‘Rees had a disturbing and unhealthy interest in young children and extreme pornography.’

Martyn Rees, 37, was convicted of 23 sexual offences, including rape and sexual assault.

The 37-year-old admitted nine offences in July and December last year – assault by penetration, two counts of sexual assault, four counts of making an indecent image and two counts of possession of cannabis.

He was jailed for 18 years, handed an indefinite Sexual Harm Prevention Order and will be required to sign the sex offenders register for life.

The eight victims were aged between 14 and 25 at the time of the offences, which took place Newcastle-under-Lyme, Cheshire and Manchester between February 2015 and March 2018.

‘The successful conviction was only possible due to the bravery and courage of the victims.

‘They were brave enough to report what had happened and had the courage to have their voices heard in court.’

Mr Hayes added: ‘I hope this is a positive message to victims of similar offences that you will be listened to, you will be believed, you will be supported and the offence will be investigated.’

Rees, of Stoke-on-Trent, was arrested on March 8 last year following reports that a 14-year-old girl had been raped in Newcastle-under-Lyme. 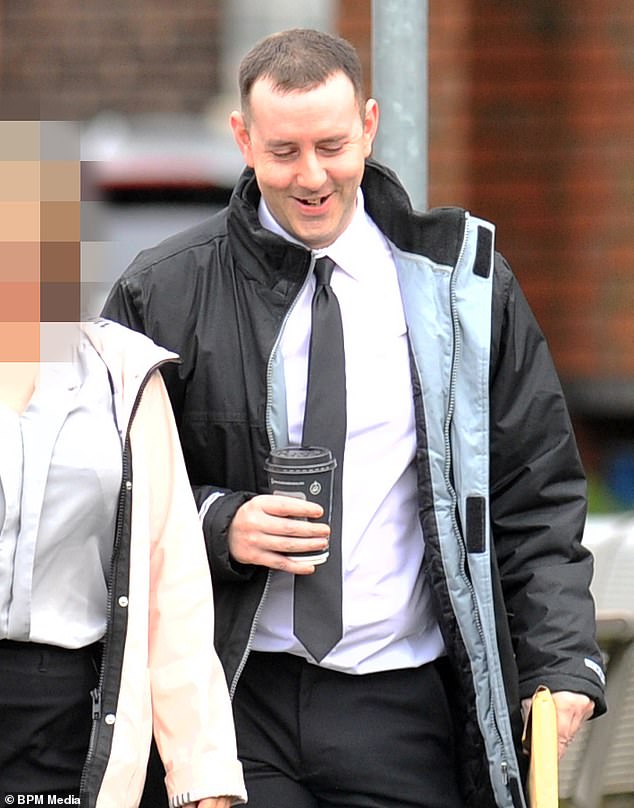 Police released him on conditional bail but a subsequent examination of his mobile phone revealed indecent images of children and led to the identification of further victims.

He was rearrested on March 15, and then arrested and charged on May 31 after forensic examination of his phone.

Tamina Greaves, from the CPS, said: ‘This was a distressing case where the offender has abused his position as a driving instructor to sexually prowl on young females.

‘He was found to be in possession of extreme pornography, indecent images of children and his internet search history revealed his sexual interest in children.

‘There were also 29 clips of Rees covertly recording intimate body parts of young female driving students. I would like to commend the bravery of the victims in coming forward.’