Hundreds of mourners including anti-vaxxers gathered for the funeral of the ‘extraterrestrial’ French TV star twins who became infamous for their shared loved of plastic surgery.

Igor and Grichka Bogdanoff died with Covid over the new year within a week of each other, both aged 72, after earlier refusing to be vaccinated against the virus.

The identical twins shot to fame as the heartthrob presenters of the hit 1980s science show Temps X on the country’s TF1 channel, before carving out careers as amateur and often controversial science writers.

The order of mass bore a photo of the twins with their famous slogan ‘Nothing is impossible in the universe!’.

Instantly recognisable in France and a favourite in the country’s glossy celebrity magazines, the twins more recently claimed to have taken part in the creation of Bitcoin. 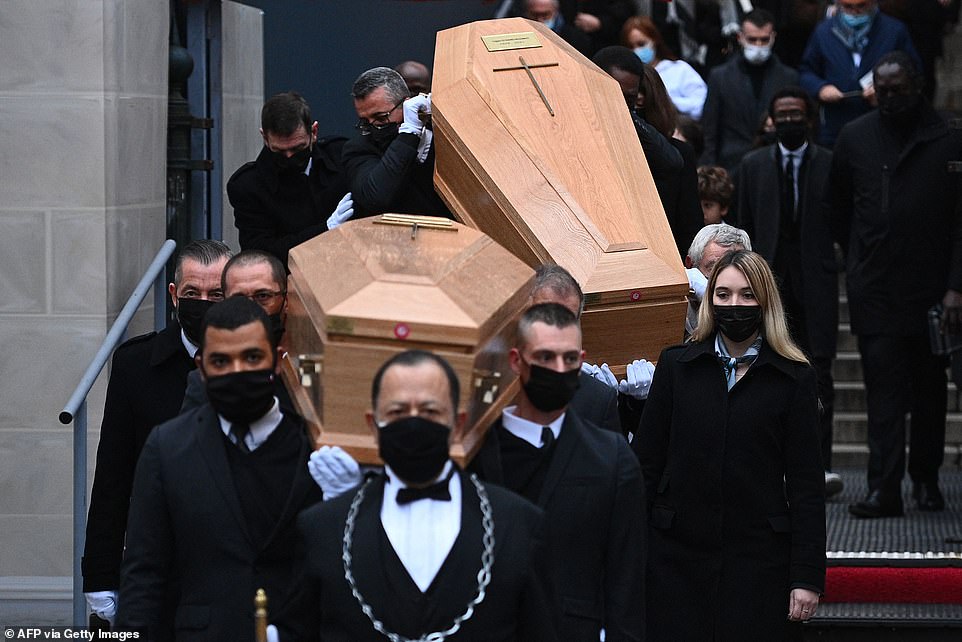 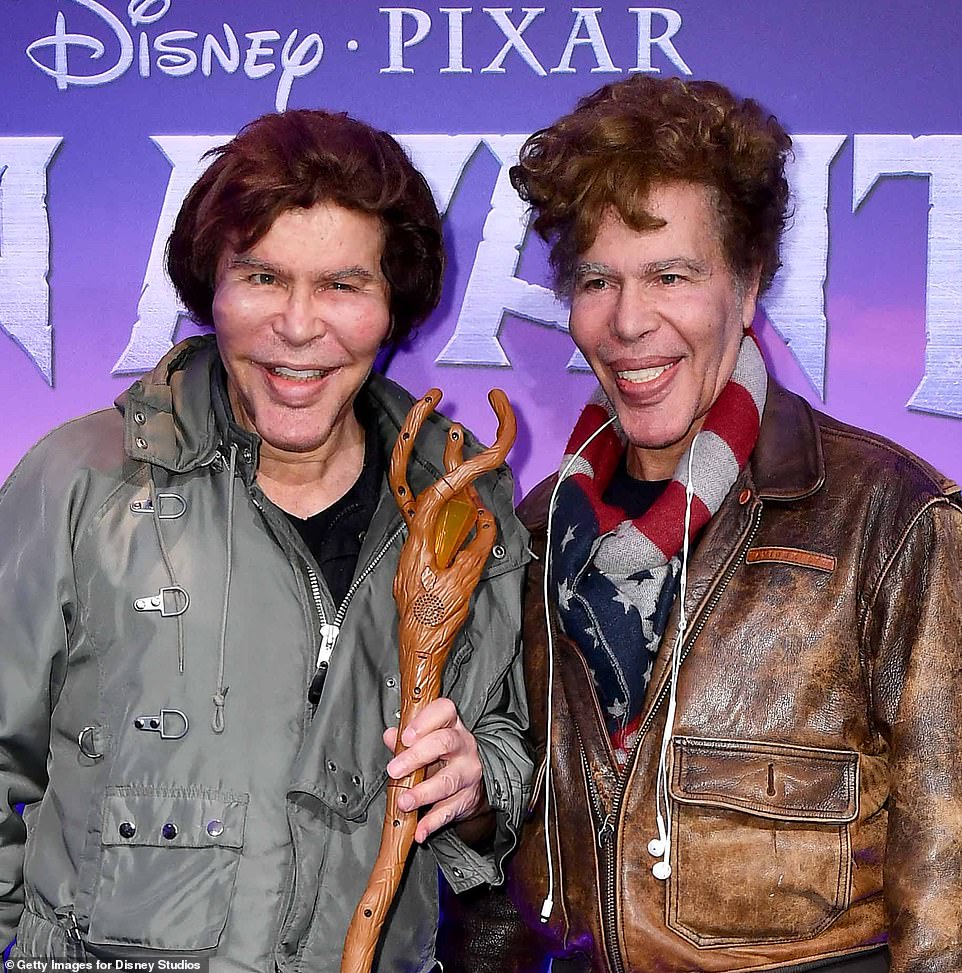 Igor and Grichka Bogdanoff died with Covid over the new year within a week of each other, both aged 72, after earlier refusing to be vaccinated against the virus 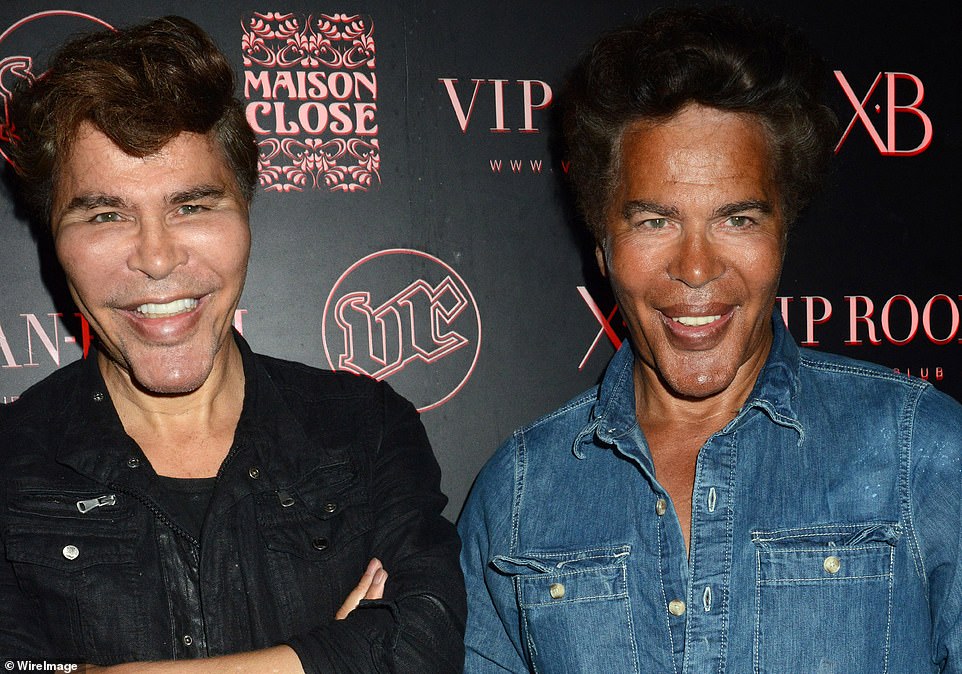 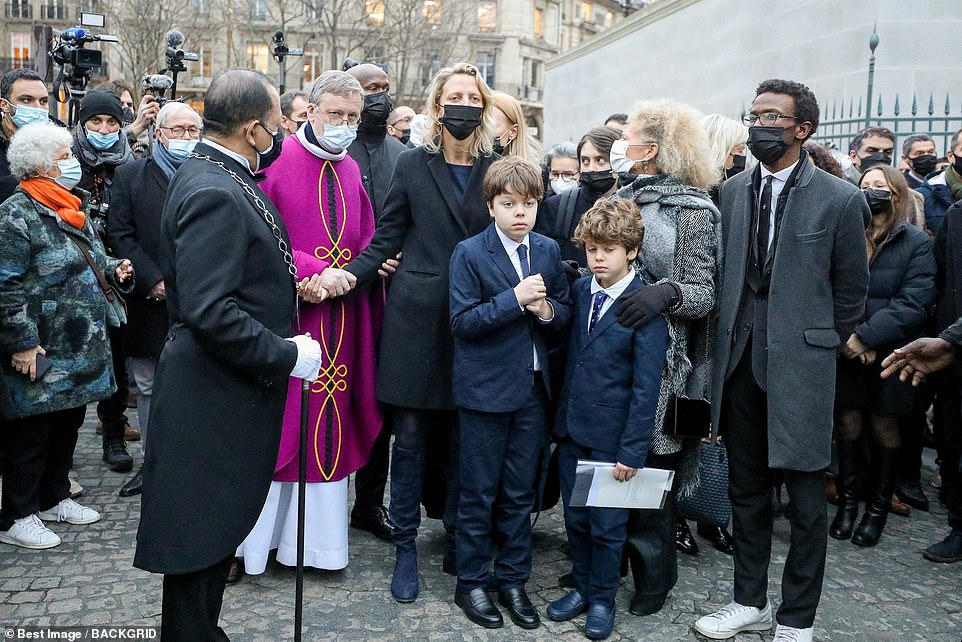 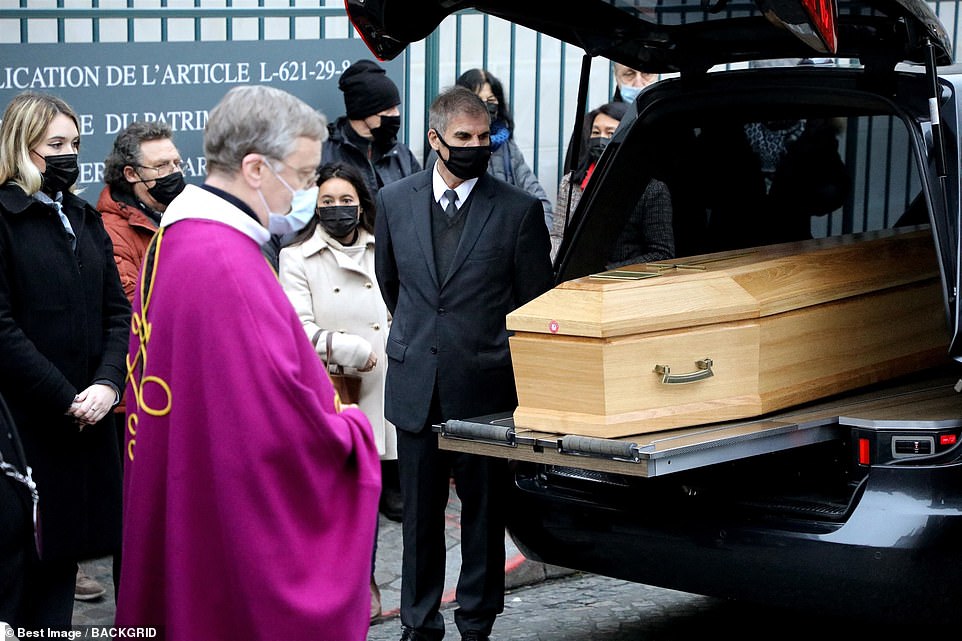 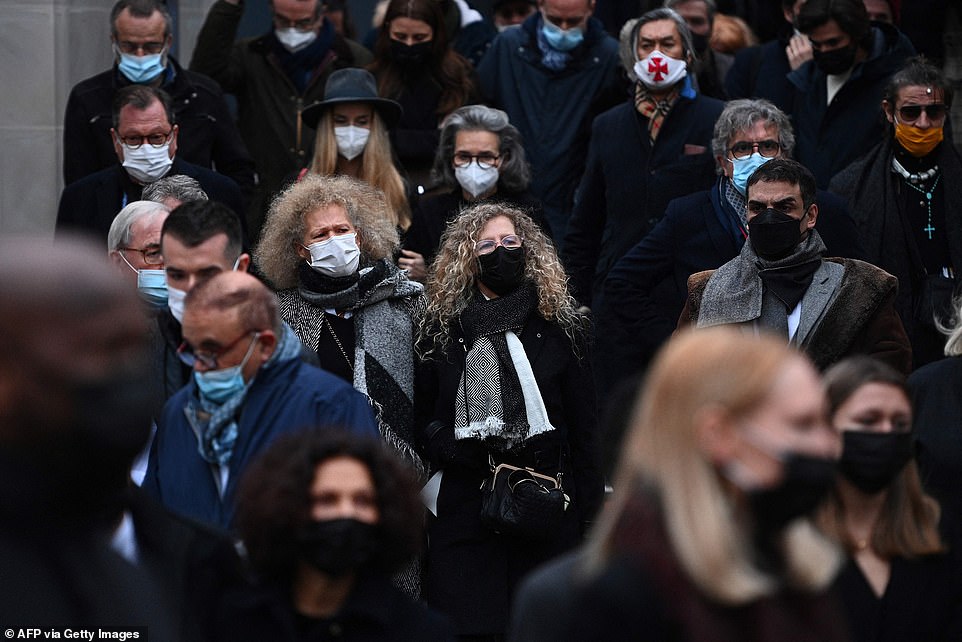 Mourners leave the Madeleine church during the funeral ceremony 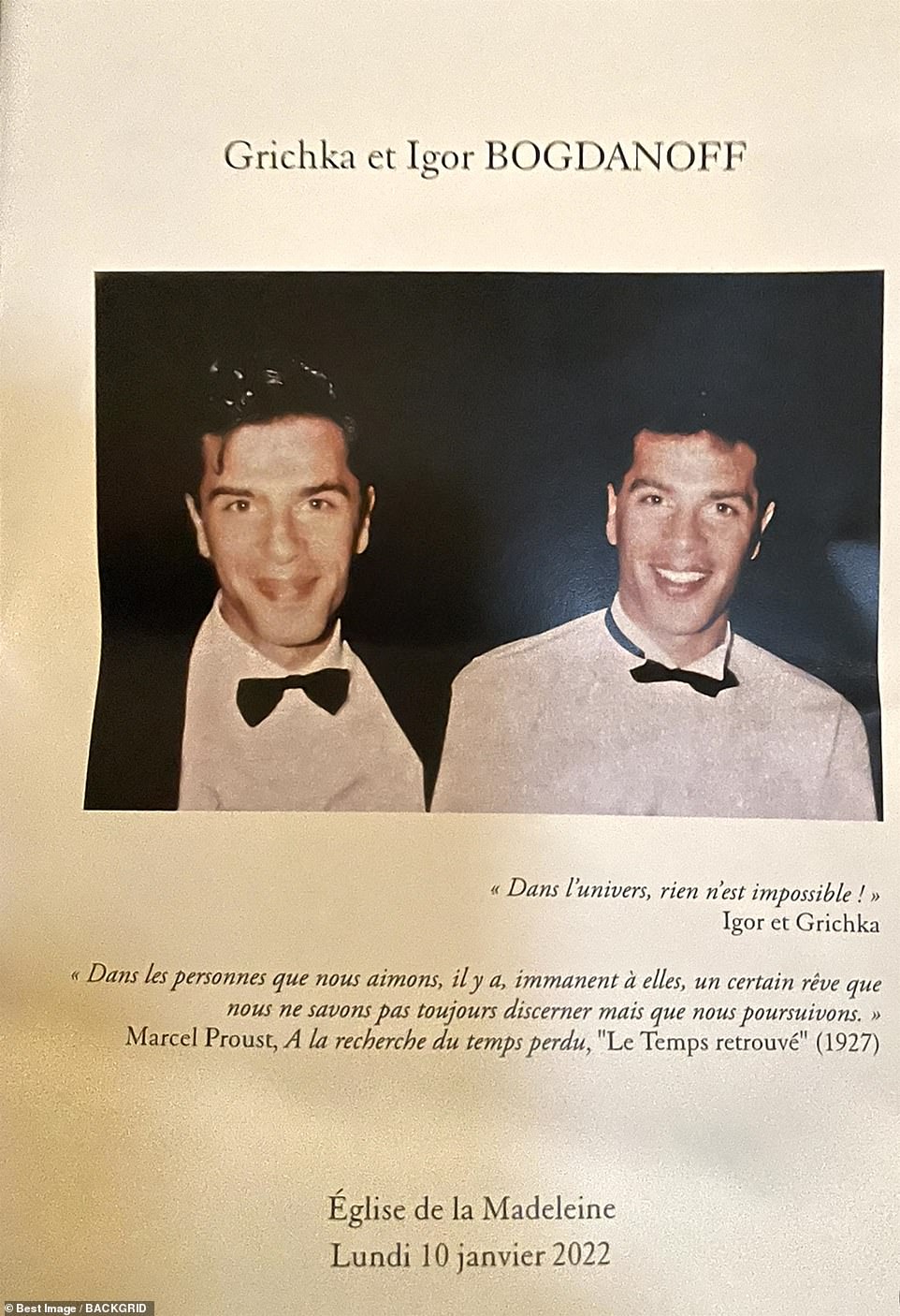 The brothers became well-known in international cryptocurrency circles and a subject of mockery, largely thanks to an online meme and conspiracy theory that they controlled the markets.

Igor announced earlier this year that they planned to launch their own currency, ‘Exocoin’.

The brothers denied having had plastic surgery to explain their transformed looks, but admitted to having undergone ‘experimentations’ which gave them their extreme high cheek bones, as well as large lips and pronounced chins.

‘We are proud of having faces like extraterrestrials,’ they said in 2010.

The pair will be buried at a private ceremony on Wednesday in the village of Saint-Lary in south-western France, where they were born.

Luc Ferry said he warned the brothers ‘fifty times’ to get vaccinated but both of them refused. 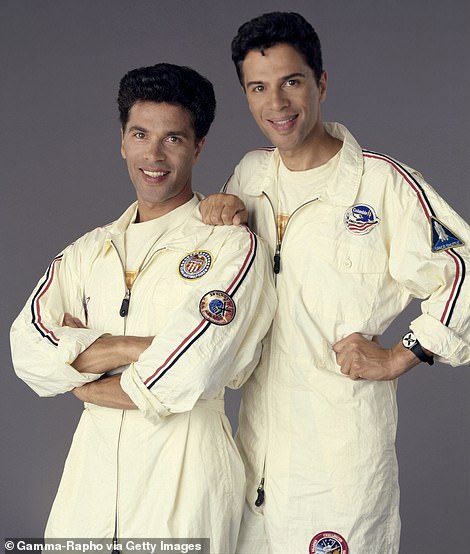 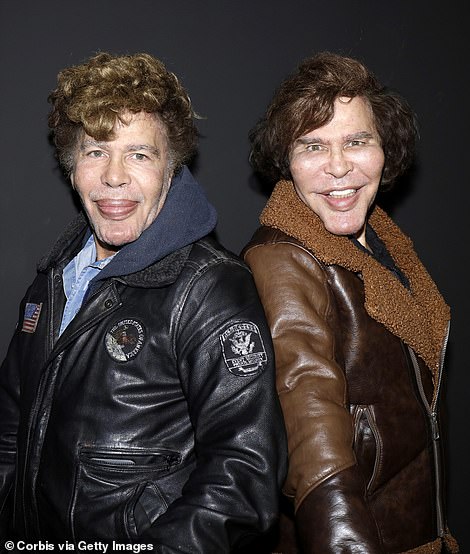 Igor and Grichka (pictured left and right) were 72 and known for their ecletic personalities and clothing, storytelling, television hosting and plastic surgery 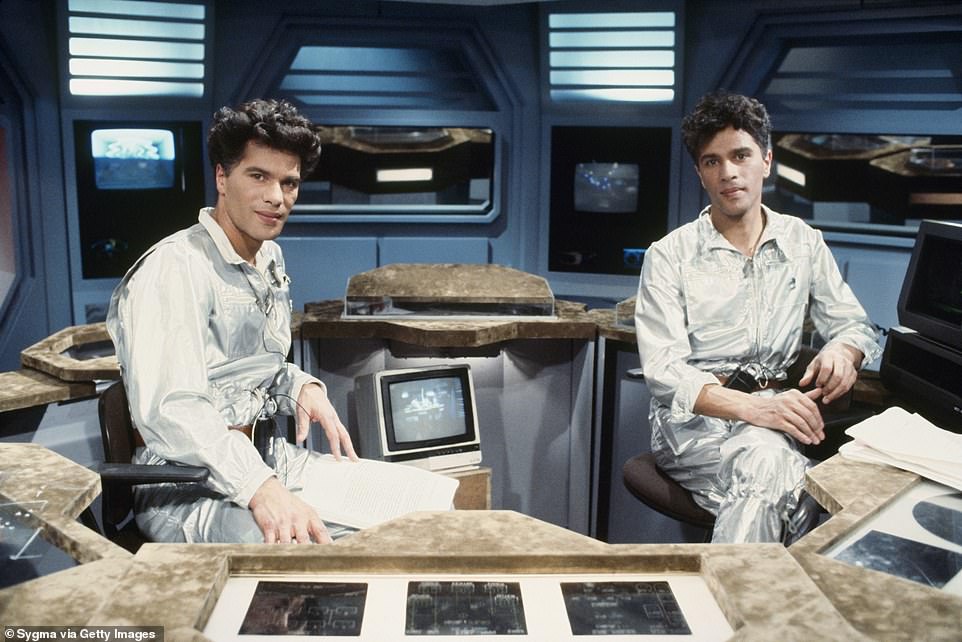 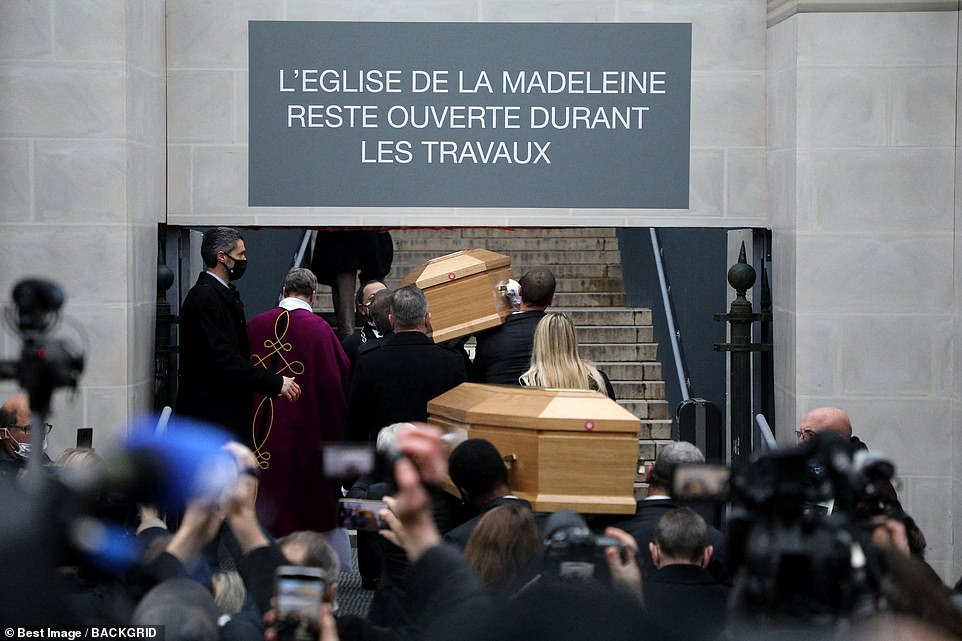 The coffins are carried upstairs towards the church. A sign above the walkway reads: ‘La Madeleine church remains open during works’ 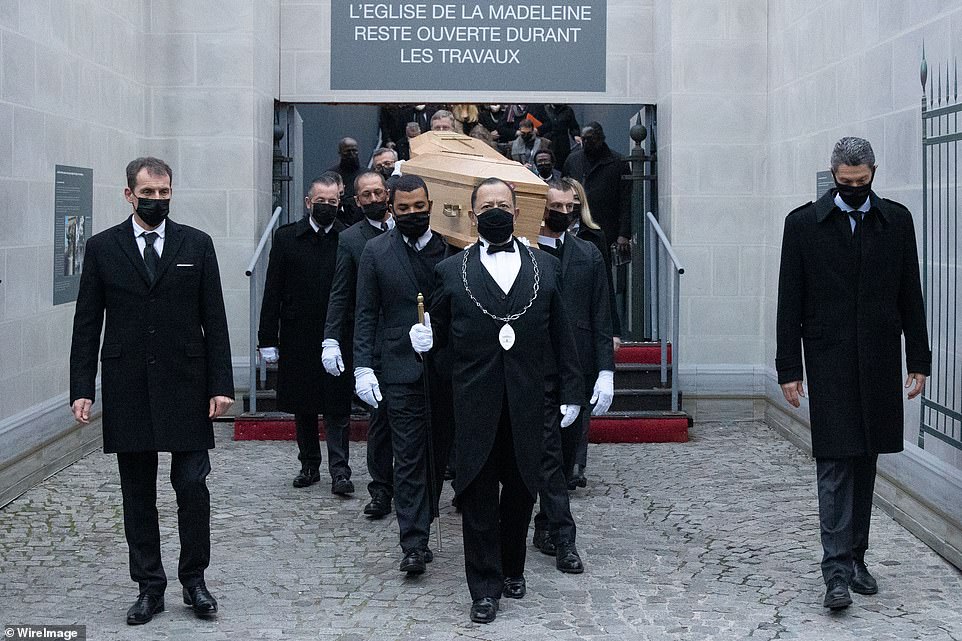 Pallbearers carry a coffin during the funeral of Igor and Grichka Bogdanoff at Eglise De La Madeleine on January 10, 2022 in Paris, France.

The twins were descendants of nobility — on their mother’s side from the Kolowrat family of Bohemia and on their father’s side from a noble Muslim Tatar family who were granted honorary royal status by Tsar Fedor III of Russia.

Their father’s family did not use the honorary ‘Prince Bogdanoff’ title, however, and it was dropped long before they were born, while their maternal grandmother was stripped of her titles after an affair with an African American man.

Countess Bertha Kolowrat-Krakowská forfeited her societal status, access to her four elder children, and homes in Berlin and Prague after her affair with Roland Hayes — the first Black American to attain international fame as a classical musician — was uncovered due to the birth of a daughter, the twins’ mother.

Igor and Grichka were born in 1949 in a castle in Gascogne, where they were raised by Bertha who died in 1982.

The brothers studied applied mathematics at the Institute of Political Science and the École Pratique des Hautes Études in Paris before finding a niche for themselves as writers and hosts of science show Temps X on France’s oldest TV channel, TF1.

Set inside a mocked-up spaceship and featuring the brothers dressed as astronauts, the show became hugely popular by blending news of actual scientific discoveries with screenings of popular sci-fi shows such as Dr Who, The Prisoner and The Twilight Zone.

The show launched in 1979 and remained on-air until 1987, by which time the Bogdanoff twins had become household names. 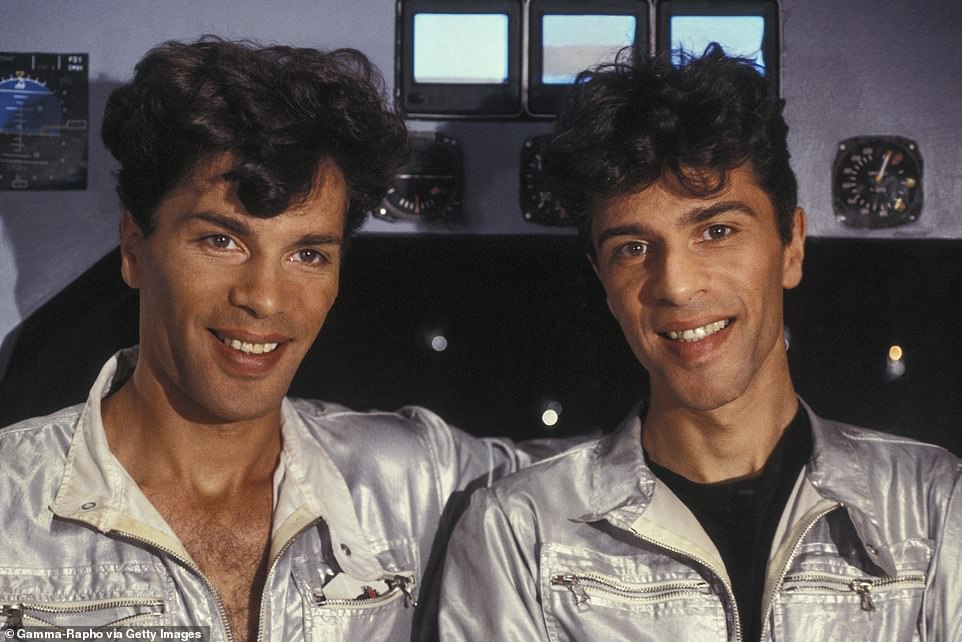 The brothers smile in their younger years on French television (pictured) 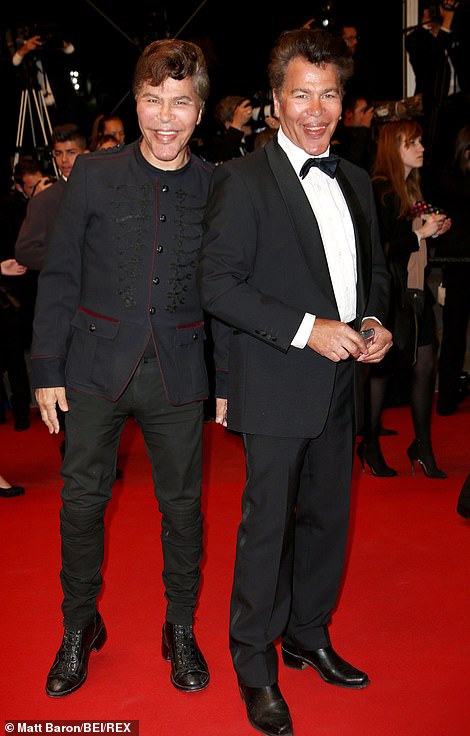 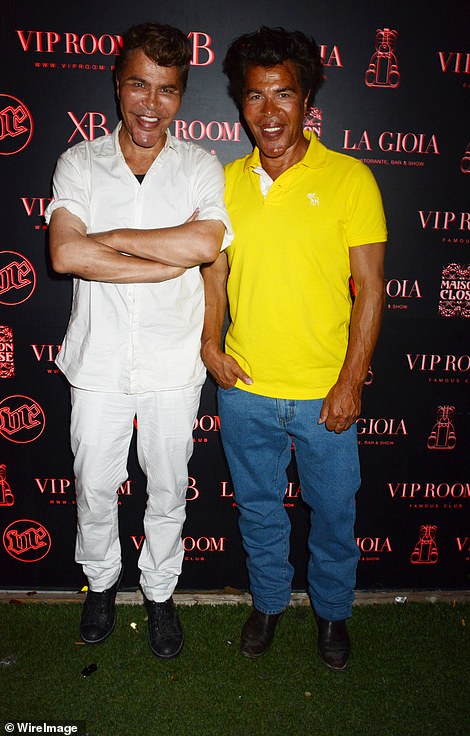 After the show went off air the twins attempted to capitalise on their reputation by becoming scientists, but were dogged by controversy and claims of plagiarism.

In 1991 the pair published their first book, Dieu et la Science (God and Science), which became a bestseller in France but saw them hit with a lawsuit by an American academic who accused them of copying his work. The pair settled out of court.

Then, in 1993, the Bogdanoffs started working towards doctorates that they were eventually granted with the lowest passing grade after publishing five articles in peer-reviewed journals and defending their theses.

But their work was roundly criticised in subsequent years, and dismissed by one academic as little more than a collection of ‘meaningless buzzwords’. 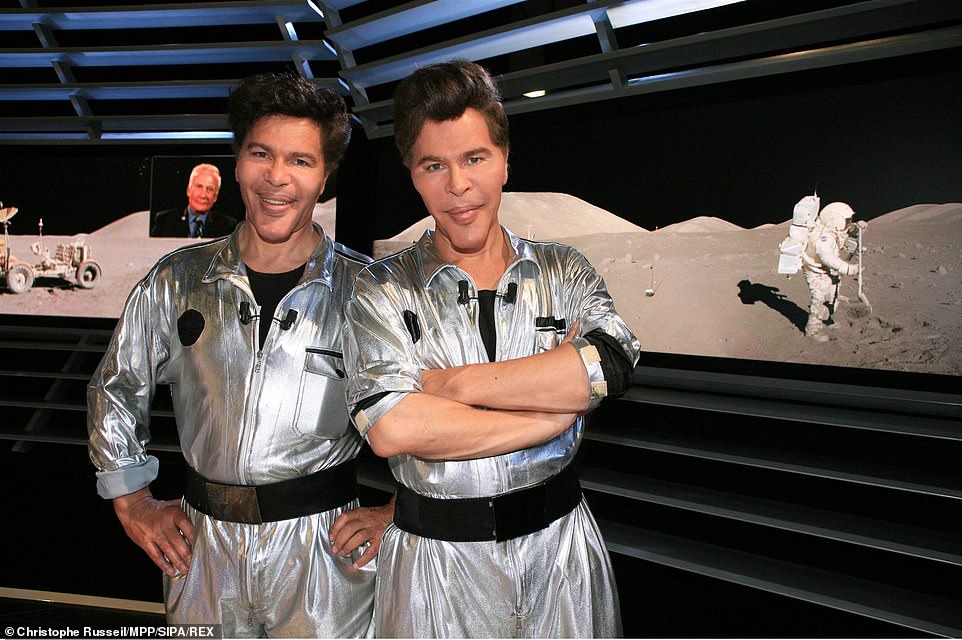 In 1991 the pair published their first book, Dieu et la Science (God and Science), which became a bestseller in France but saw them hit with a lawsuit by an American academic who accused them of copying his work. The pair settled out of court. Then, in 1993, the Bogdanoffs started working towards doctorates that they were eventually granted with the lowest passing grade after publishing five articles in peer-reviewed journals and defending their theses 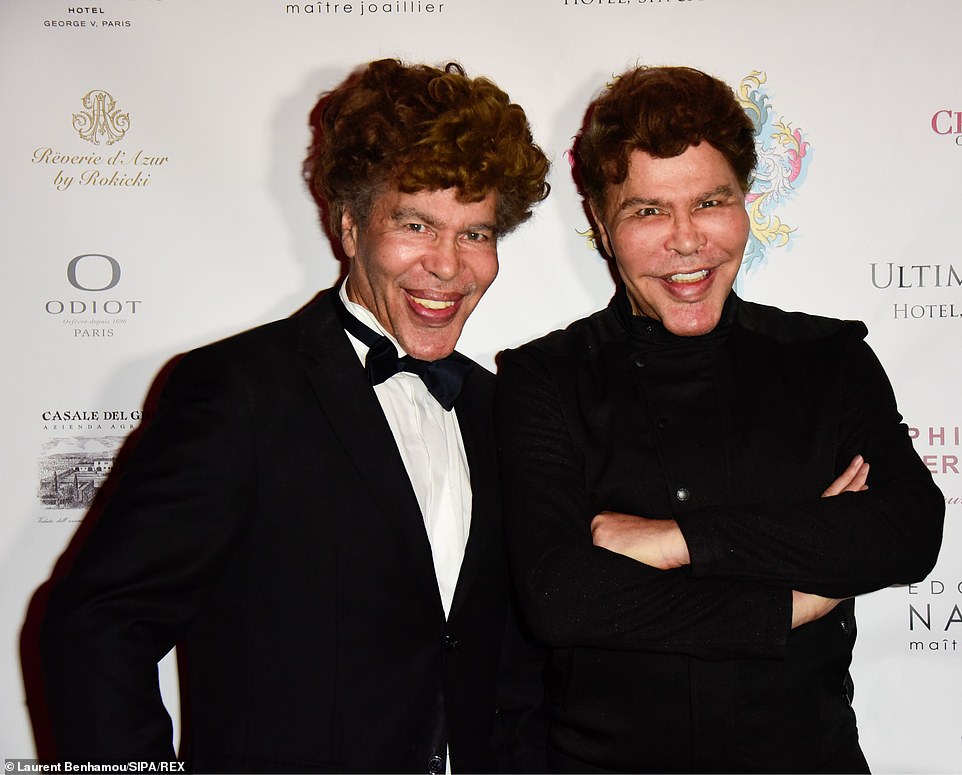 Pictured: The best awards gala in Paris in 2018

The scandal, which played out in public and was dubbed ‘the Bogdanoff affair’, ended with a report which admitted the twins’s theses ‘held no scientific value’, but nevertheless their diplomas were allowed to stand.

Around the same time, the pair developed an obsession with plastic surgery and each underwent multiple operations on their face.

When they appeared on the red carpet in 2010 aged 60 for a 150th anniversary Chopard party, people were shocked by their appearance. They were both understood to have had a number of chin and cheek implants, as well as botox and fillers. Their stretched faces echoed the look of socialite Jocelyn Wildenstein. Despite obvious evidence to the contrary, the pair denied ever going under the knife.

Igor had six children, four from his first marriage and two from his second wife, Amelie de Bourbon-Parme, whom he wed in 2009. They divorced in 2018.

Little was known about Grichka’s personal life but he had no known relationships or children.