A 32-year-old Perth dentist who allegedly sexually assaulted women he met through dating apps between January and March this year has had an additional 11 charges laid against him after two more alleged victims came forward to police.

Farzam Mehrabi, who was also a third-year medical student at Notre Dame University, allegedly met up with women through online dating sites Tinder and Bumble, before spiking their drinks and sexually assaulting them. 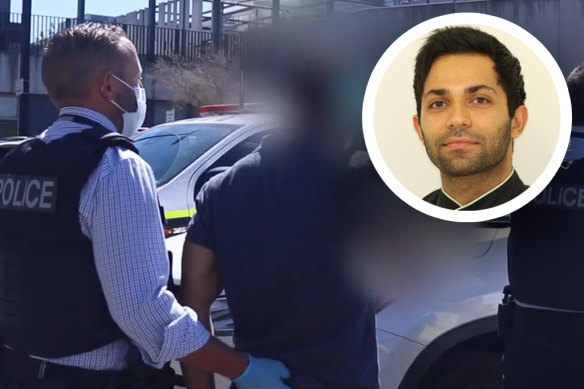 As a result of the ongoing investigation, Sex Assault Squad detectives have now charged Mehrabi with offences against a total of 10 women.

His new charges include six counts of sexual penetration without consent, stupefying to commit an indictable offence and impeding breathing by applying pressure to the neck.

Mehrabi is now facing court on a total of 37 charges relating to all 10 alleged victims, and is due to appear before the Perth Magistrates Court on November 14.

At a prior court hearing, police said their case against Mehrabi was strong and that media coverage had led to other alleged victims coming forward.

They said Mehrabi was “manipulative” and allegedly did not use a condom because he had “no consideration for anything other than his own gratification.”

Police said they had gathered evidence which included chewing gum belonging to one of the women under his bed, and text messages from other girls to their friends — one reading “I think I have been drugged,” and another stating “he forced himself on me.”

Mehrabi also turned off CCTV camera’s at his parents house when he bought the women back home, but his lawyer at the time argued they turned off automatically. He was granted strict bail.

The investigation is still ongoing and detectives urge anyone with information relating to this matter, or any similar incidents, to call Crime Stoppers on 1800 333 000 or report online at crimestopperswa.com.au.

Any person who suspects they have been a victim of drink spiking can attend at a 24-hour police station in the metropolitan area, or any police station in regional WA, and provide a forensic sample for testing.

If you are or have been a victim of sexual abuse, or if you have information about someone being abused, please contact police on 131 444.