It’s been a tumultuous year in Downing Street since Boris Johnson became Prime Minister last July – but throughout much of it devoted Dilyn the Jack Russell has been by his side.

A photo of Mr Johnson and the rescue dog he shares with fiancee Carrie Symonds has been released by No10 to mark the upcoming one-year anniversary, next Friday.

The Prime Minister was snapped while looking at his phone with Dilyn at his feet on March 5, after Mr Johnson and Miss Symonds had attended an event for International Women’s Day.

Just a few weeks later the Prime Minister was rushed to hospital with coronavirus symptoms, where he was treated in intensive care before being discharged.

Dilyn was rescued from a breeder by an animal charity before being adopted, and was moved into Downing Street in September last year.

From cabinet reshuffles to coronavirus press conferences, the Prime Minister has been captured in various scenarios during his first year in Number 10.

The PM has also had to battle the virus itself and also became a father over the past year.

The Mail takes a look at the best photographs taken of the Mr Johnson, including the one with his furry friend Dilyn. 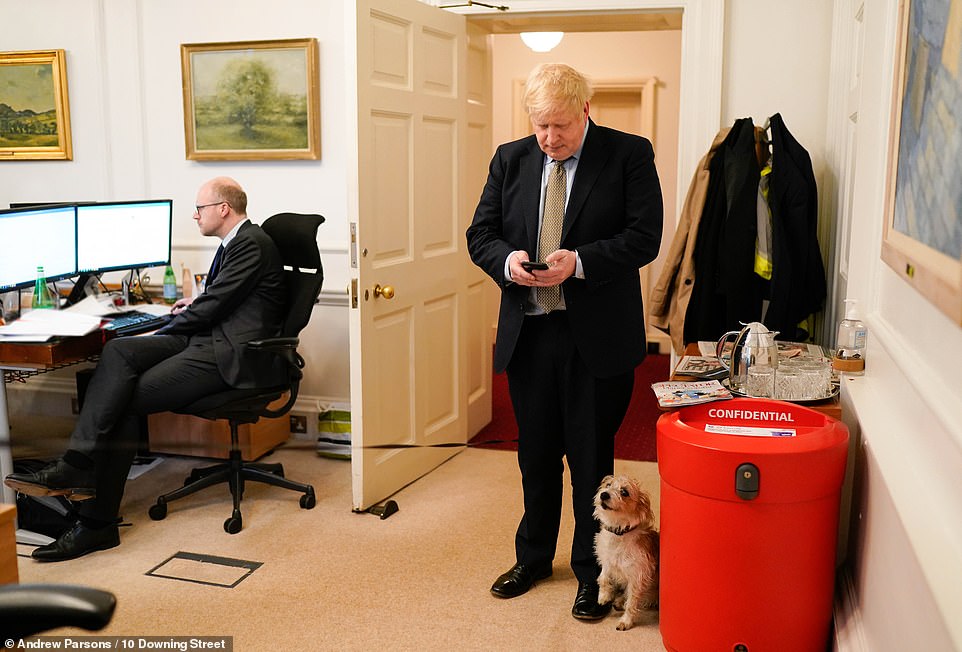 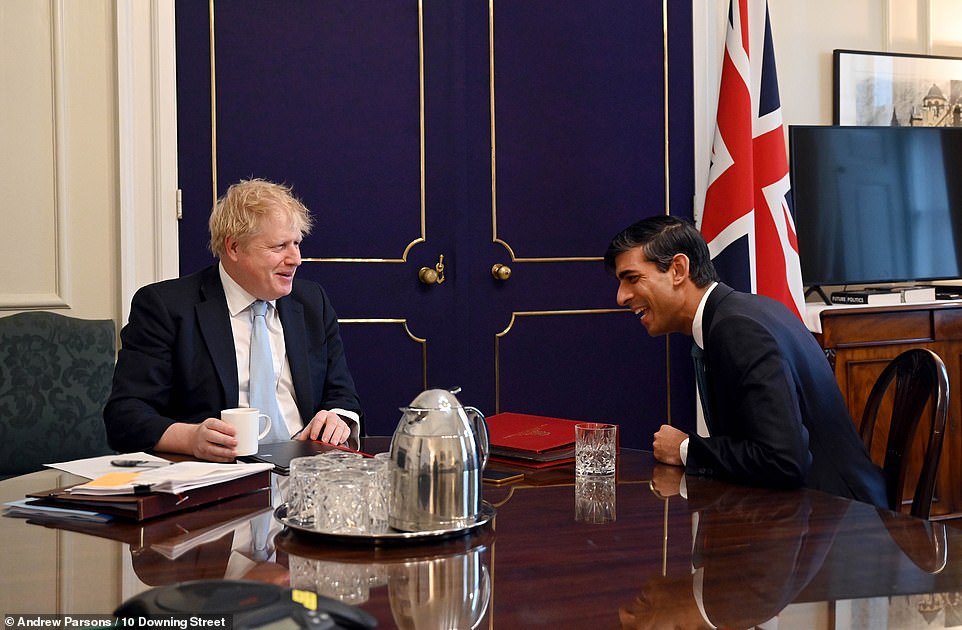 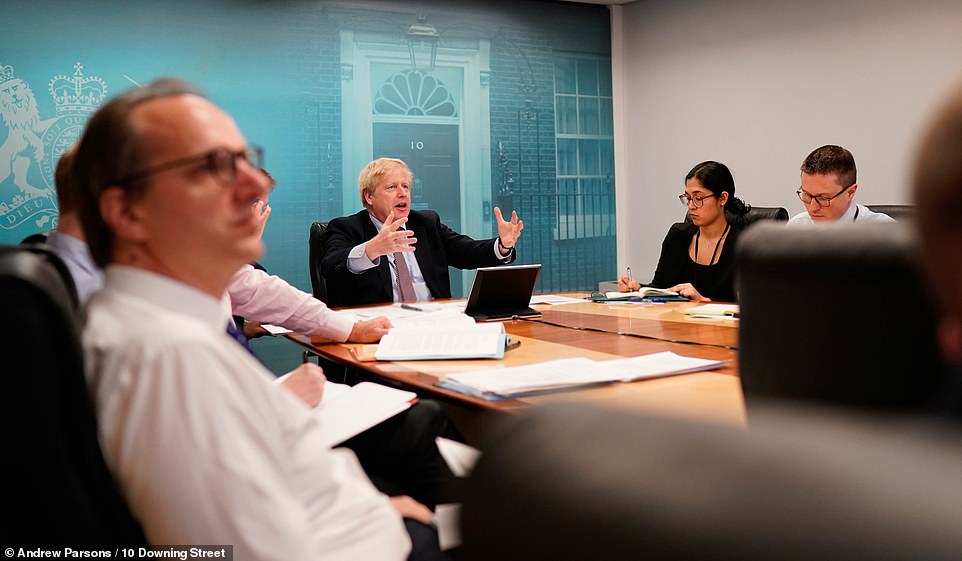 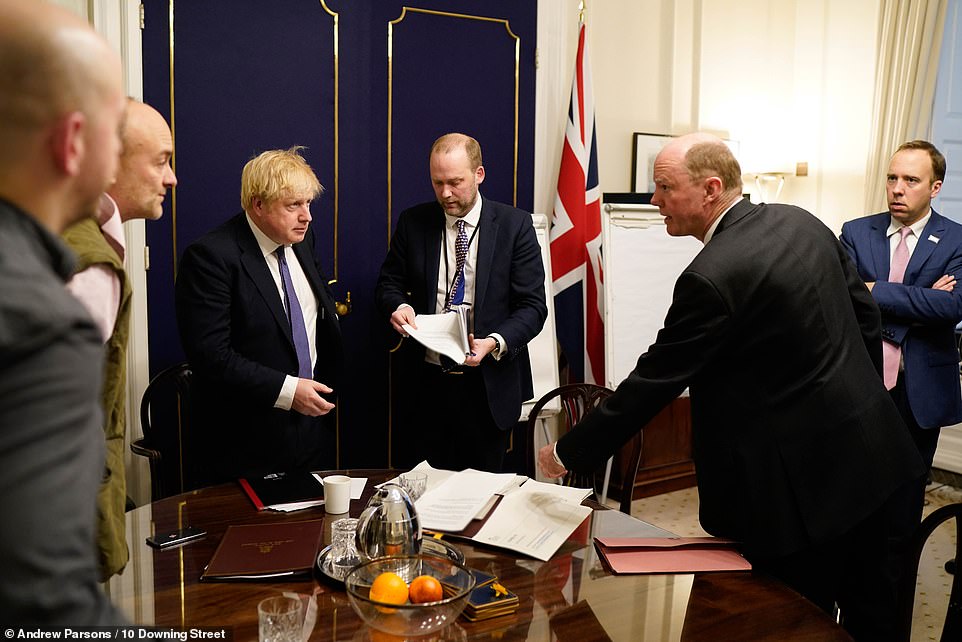 Boris Johnson (third left) is joined by the Health Secretary Matt Hancock, Chris Witty, Dominic Cummings, Lee Cain, Jack Doyle, Martin, Tara and Ed Lister, as he chairs an update on the UK Government’s stratefy on the Coronavirus inside his office of No10 Downing Street in February 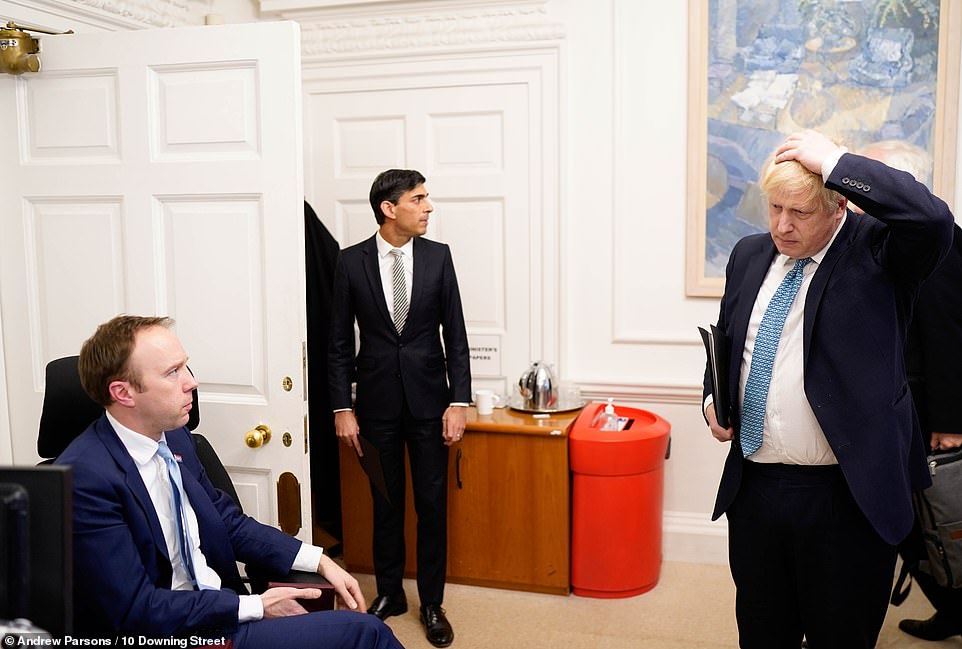 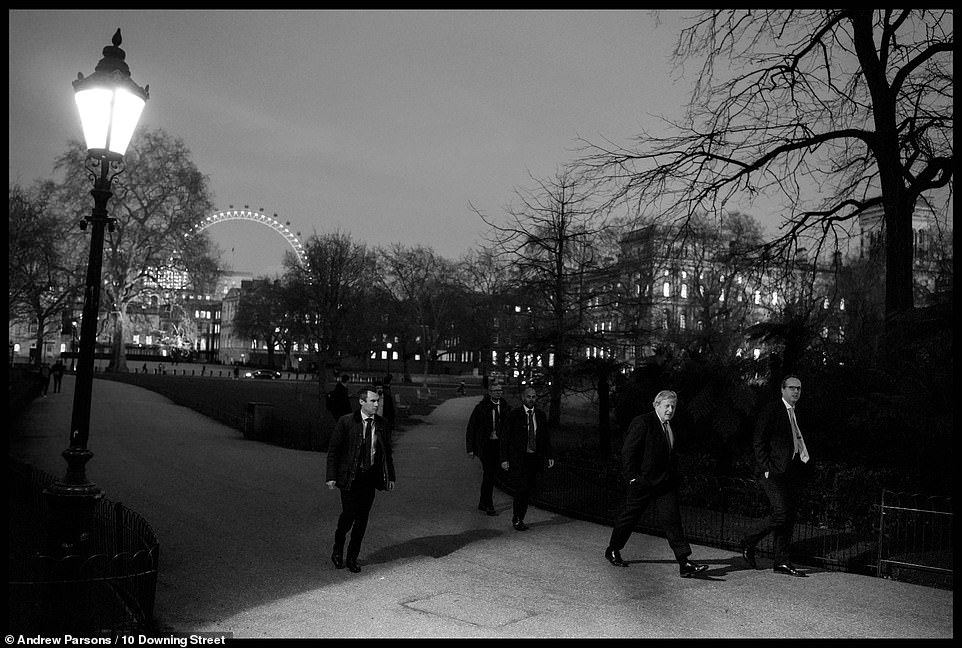 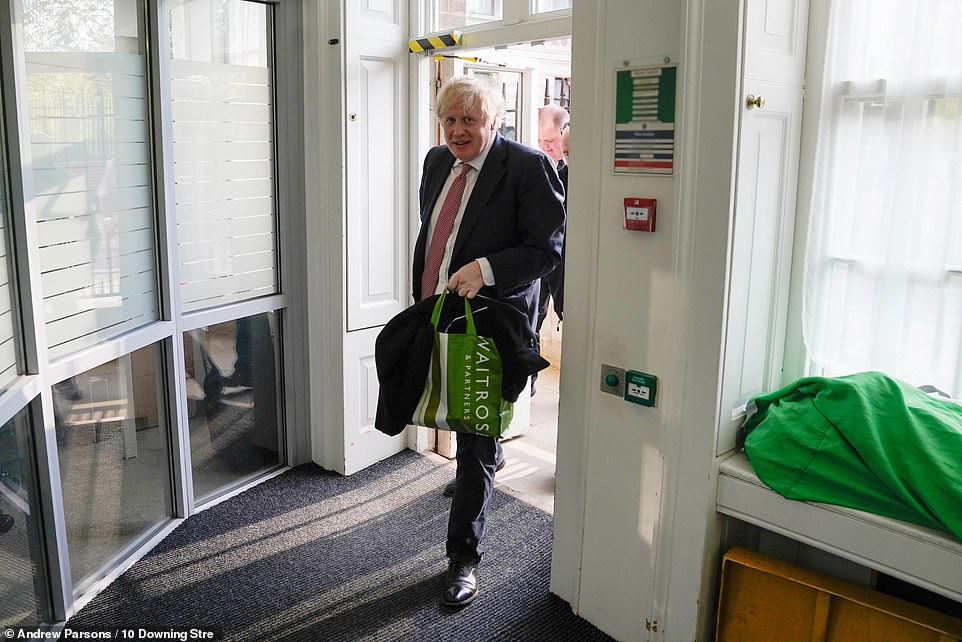 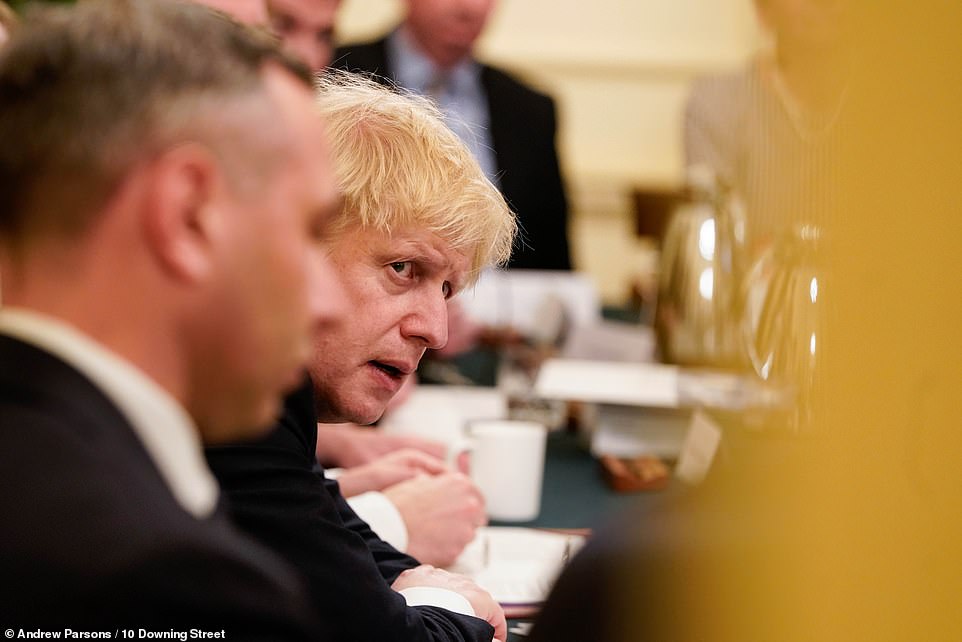