Pictured: Man, 33, murdered with a single stab wound to the chest Pictured: Man, 33, murdered with a single stab wound to the chest in his own home as more than 50 detectives hunt killer and his heartbroken mother pays tribute to ‘kind, caring son’

Christopher Allbury-Burridge, 33, was killed at his home in Northampton on Friday

Police have today named the man who was stabbed to death as his family call on the community to help bring his killer to justice.

Christopher Allbury-Burridge, aged 33, died at the scene of the attack in Kingsley, Northampton shortly after 2.10am on Friday, December 10.

A post-mortem-investigation carried out by a Home Office pathologist in Leicester revealed that Christopher died from a single stab wound to the chest.

She said: ‘As a family, we are devastated by the loss of Christopher. It would have been his 34th birthday later this month. His career was spent serving and caring for others.

‘In these difficult times that everyone is facing, we ask the general public to please help us bring his killer to justice.

‘Chris was a kind, and caring person, who did not deserve to lose his life in this cruel and brutal way.

‘Please look around you, and find it in your hearts to help to stop his killer from robbing another person of their life. Please assist us and Northamptonshire Police to find his killer.’

Northampton Police have said more than 50 detectives from the East Midlands Special Operations Unit have been working tirelessly on the investigation, conducting house-to-house inquiries in the area, forensic searches and trawls of CCTV footage. 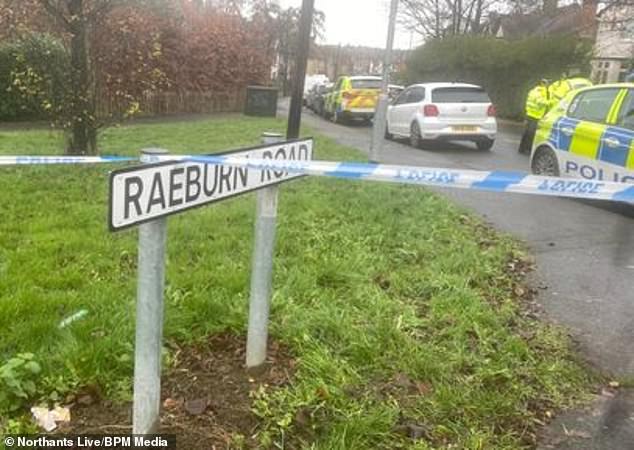 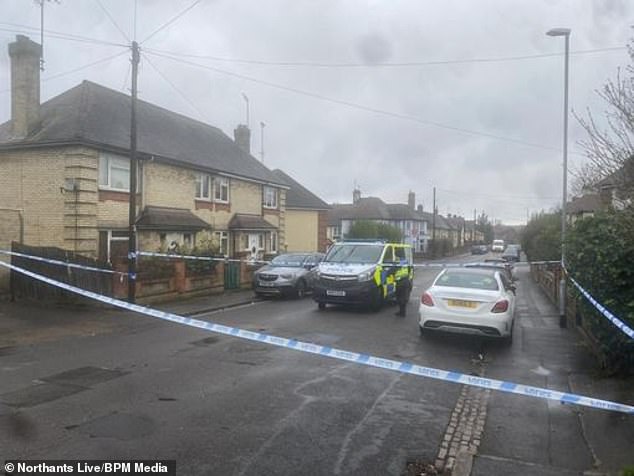 Pictured: A police cordon was put in place on Raeburn Road, in Kingsley, where Christopher Allbury-Burridge was stabbed to death in the early hours of Friday morning near his home

Detective Chief Inspector Joe Banfield, from the EMSOU team, said it remained a fast-paced investigation and urged anyone with information to come forward.

He added: ‘We are following up a number of lines of inquiry and have received excellent support from the public living in the area.

‘I would urge anyone with information to contact Northamptonshire Police on 101 or to call Crimestoppers, in confidence, on 0800 555111.’

Northamptonshire Police has also set up a link here – to the Major Incident Public Reporting site which gives people access to a form so they can send information directly to the major incident team based in Northampton quoting incident number: 20000653464.