The Good Morning Britain host lost his temper with Robert Jenrick, who couldn't explain why the UK wasn't able to get 500,000 tests done like seen in other countries. 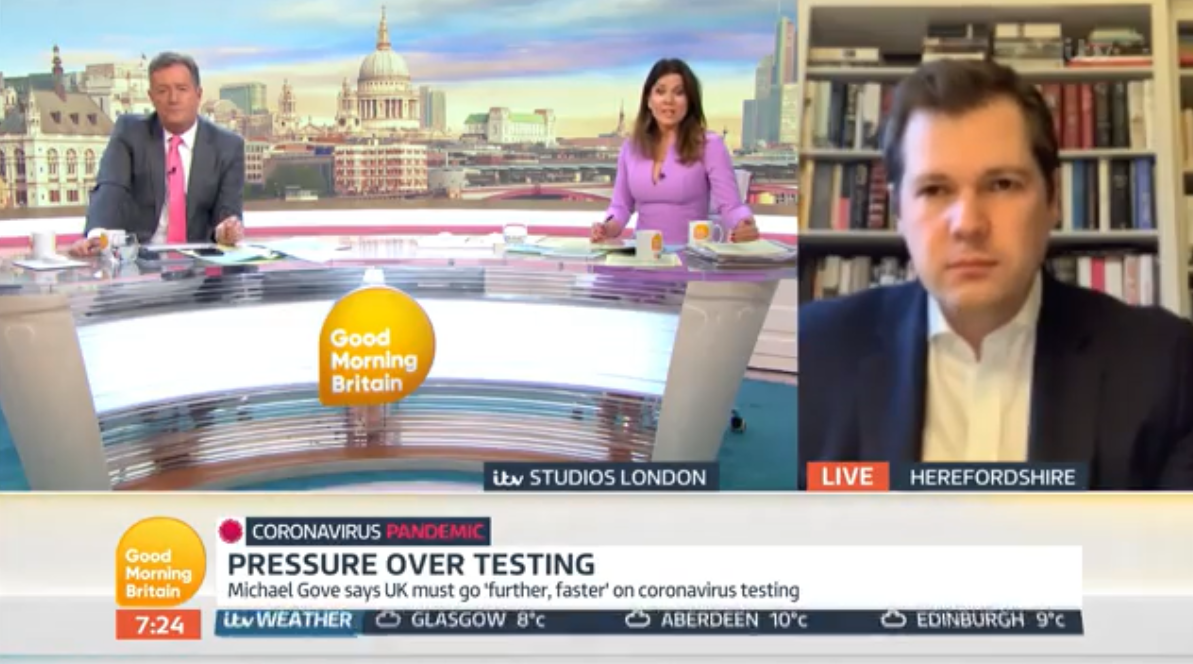 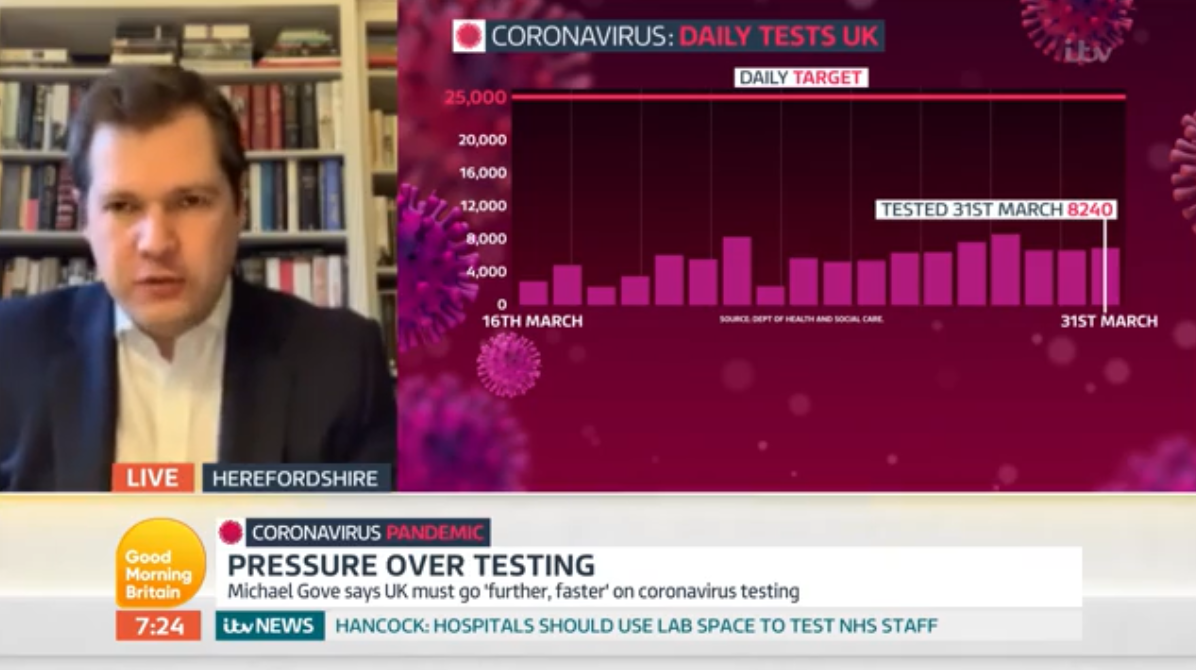 But thousands of NHS workers are still being forced to self-isolate at home as the peak approaches, because they don't yet know if they've caught the virus.

Piers Morgan said it was a "complete disgrace" that countries like Germany were able to do ten times as many tests as we are.

Housing Secretary Mr Jenrick said the Government was working with manufacturers across the world to get the crucial parts for the tests, which he said we are short of.

Yet the chemical industry has denied there are shortages, and urged ministers to ask them to produce more if there are problems.

Mr Jenrick said there was obviously a huge demand for the tests at the moment, with every country scrambling to get its hands on them.

Fellow GMB co-host Susanna Reid added: "When the World Health Organisation said, 'test, test, test', why didn't we get up and running like Germany?

"What is the reason other than that we just weren't prepared?"

He replied: I don't think that is a fair analysis… it isn't easy to procure tests in a global pandemic.

"Germany is more able to get tests – different countries have different manufacturing strengths.

"With ventilators you will see the strength of British manufacturing coming though."

Piers accused the Government of going into a crisis with "our hands behind our backs".

And the minister admitted: "On each of these fronts there is a lot to do."

"I am not pretending this is going to be easy."

The minister later told BBC Breakfast that a lack of chemicals was a reason for the lack of testing.

"We produce a number of ingredients but not all of them have always been in the quantity we need in the UK," he said.

"That is one of the reasons."

Speaking at the daily Downing Street press conference last night, Mr Gove said: “While the rate of testing is increasing we must go further, faster.

“A critical constraint on the ability to rapidly increase testing capacity is the availability of the chemical reagents which are necessary in the testing.

“The Prime Minister and the Health Secretary are working with companies worldwide to ensure that we get the material we need to increase tests of all kinds.”

Other ministers said Germany had been manufacturing such chemicals for years – and the UK was years behind.

“When people say ‘why can’t we do what Germany is doing?' The answer is 70 years of industrial policy," a source told The Times.

The Chemical Industry Association insisted reagents “are being manufactured and delivered to the NHS,” and said it is working with the government “to clarify the exact NHS need.”

Last night one of the government’s own scientific advisers — Imperial College London’s Peter Openshaw — said he was unaware there was any shortage.

He said: “I must say I wasn’t aware of this shortage until it was announced today.

"I mean, as far as I know there isn’t a great shortage of supply, so that’s really new to me … As far as I’m aware it should be available." 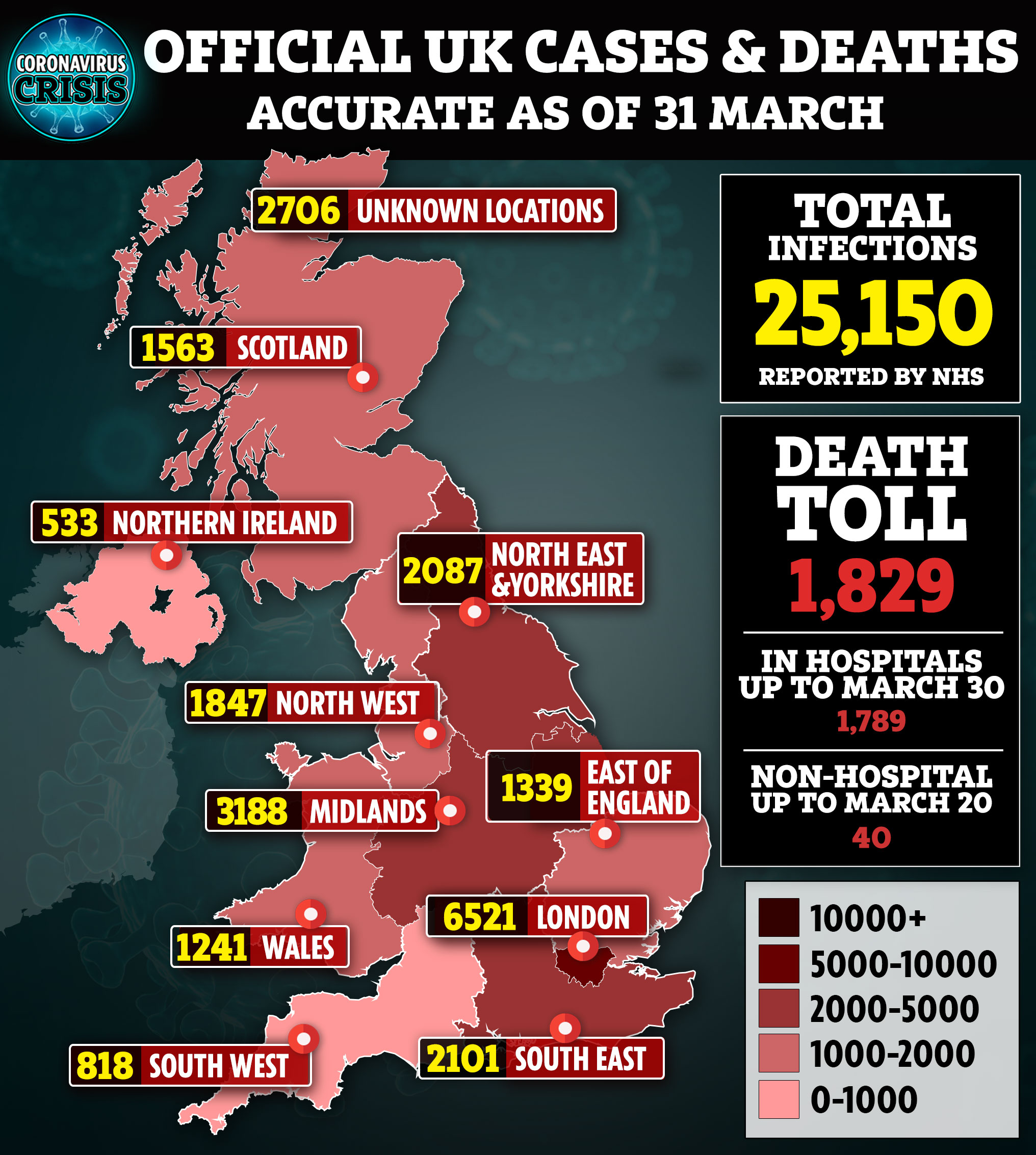 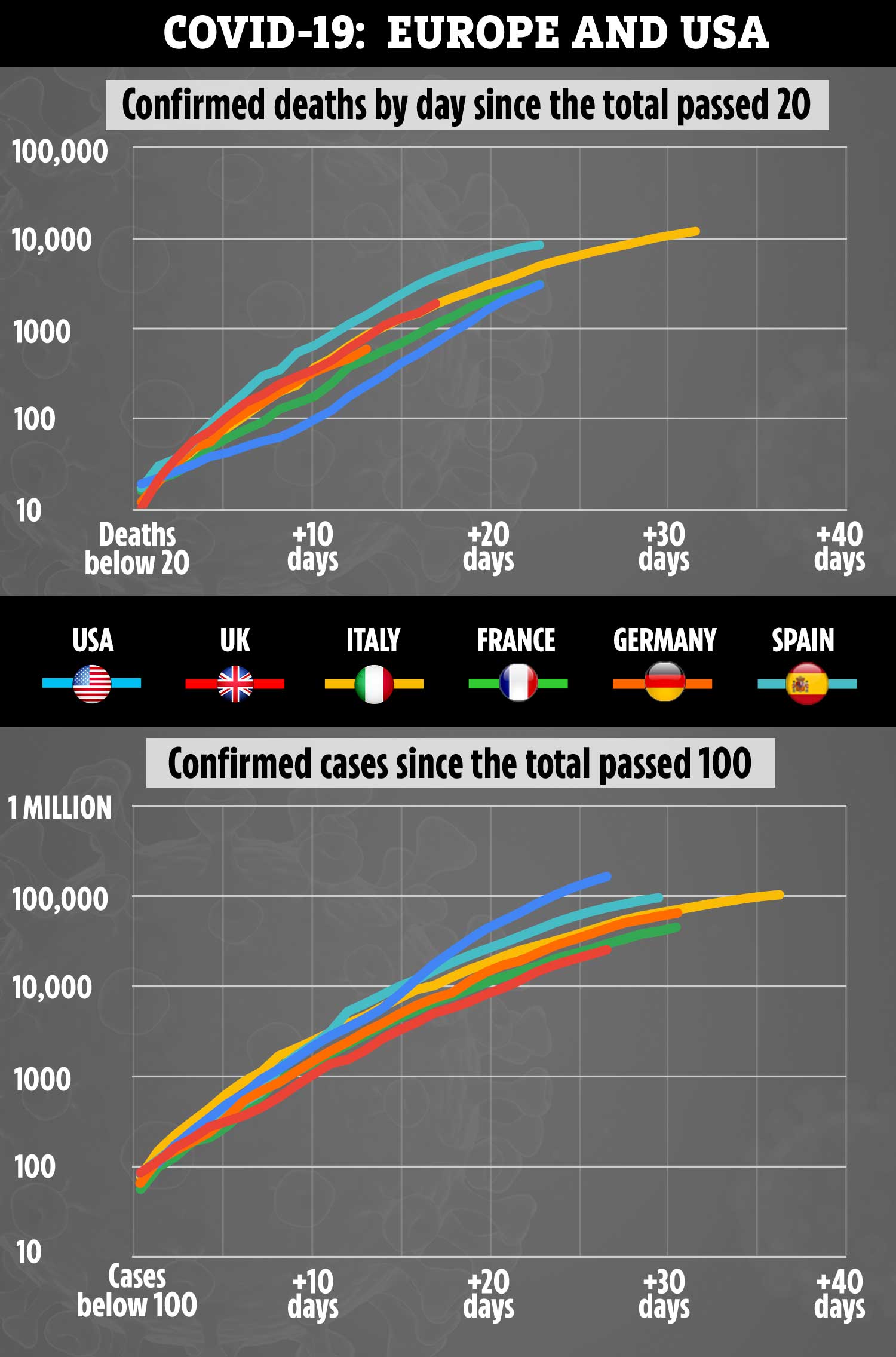 To receive The Sun's Coronavirus newsletter in your inbox every tea time, sign up here.

Get Britain's best-selling newspaper delivered to your smartphone or tablet each day – find out more.

The news comes as coronavirus risk was labelled "moderate" by government advisers just five weeks ago.

Experts on a government committee did not think there needed to be a higher level of risk just over a month before the deadly virus infected tens of thousands of Brits.