A man has died after a fire broke out at flats in the early hours of this morning.

Emergency services rushed to Northumberland Street in in Wallsend, North Tyneside, shortly after 12:30am to tackle the blaze – where a 43-year-old man was pronounced dead at the scene.

Today, forensics have been pictured on the street of Tyneside flats – which are single storey apartments in two floor terraced houses.

Northumbria Police have confirmed the circumstances surrounding the man’s death is being investigated. 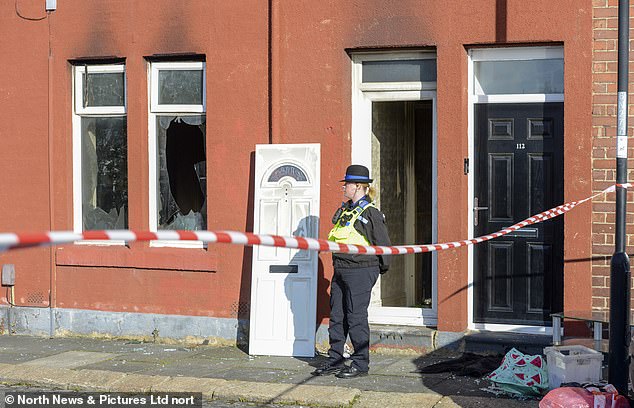 A police investigation is underway after a man died in a flat fire on Northumberland Street, in Wallsend, North Tyneside 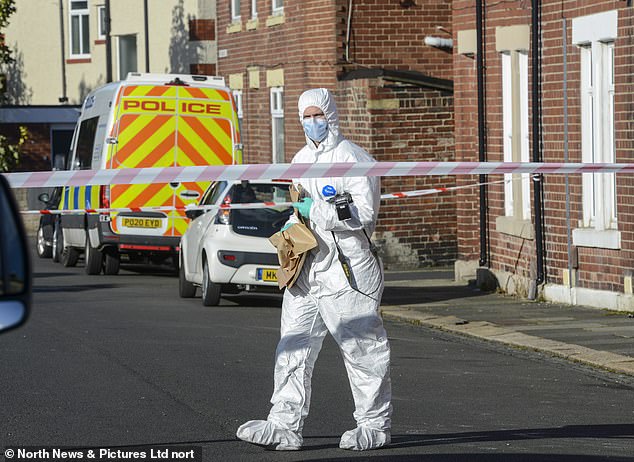 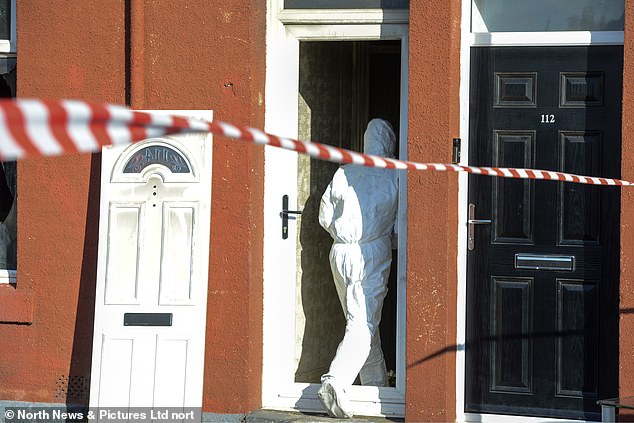 Emergency services were called to the property in North Tyneside shortly before 1:30am

A spokesperson for Northumbria Police said: ‘Shortly before 1.30am today police were contacted by Tyne and Wear Fire and Rescue Service, who were dealing with a fire at an address on Northumberland Street in Wallsend.

‘Officers and emergency services attended and sadly a 43-year-old was pronounced as deceased at the scene. An investigation into the circumstances surrounding his death has been launched.’

‘Enquiries are ongoing and anyone with information is asked to contact police using the Tell us Something page on our website, or by calling 101, quoting log NP-20221022-0078.’

One woman who lives on the street, but did not want to be named, told ChronicleLive: ‘At around 12 or 1am fire engines flooded the street, I think it was some sort of fire. An ambulance turned up later and I believe it took someone to hospital.’ 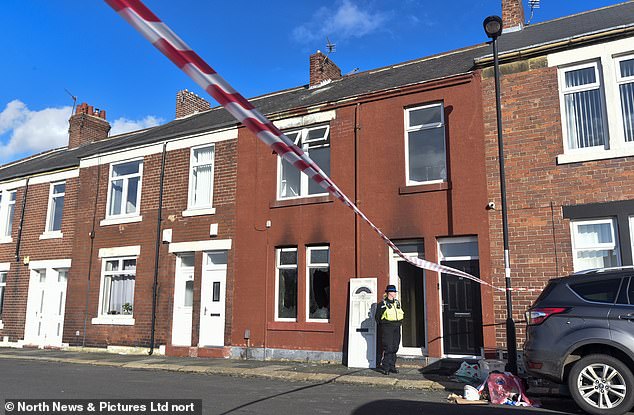 The house, on which scorch marks can be seen above the windows and doorway, has been cordoned off by police 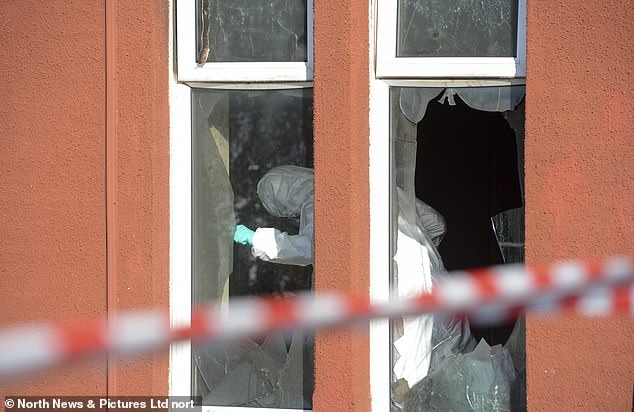 A member of the forensics team is pictured on the scene in Northumberland Street, Wallsend, after a fire tore through the property 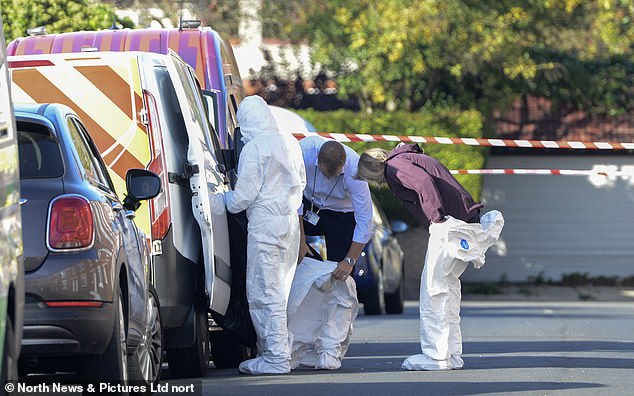 A Tyne and Wear Fire and Rescue spokesperson said: ‘At 12.41am our Fire Control received a report of a fire at a residential property in Northumberland Street in Wallsend.

‘They immediately deployed appliances to the scene and the first firefighters arrived in just four minutes and found a ground floor property alight.

‘In total, three appliances attended the fire and a male and female were rescued from the property by firefighters and left in the care of the ambulance service.

‘Our fire investigators are today working with colleagues at Northumbria Police to establish the circumstances around the fire and a cordon remains in place.’