Police launch murder probe after death of 51-year-old man found wounded in a park – as three including woman, 37, are arrested

Police have launched a murder investigation after a man who was found ‘seriously injured’ in a park died 20 days later.

Officers believe Headley Barry Thomas, 51, was subjected to a ‘horrific attack’ in Old Trafford, Greater Manchester, last month. He died from his injuries on Sunday.

A murder investigation is now under way and detectives are appealing for witnesses to come forward to help ‘piece together’ Mr Thomas’s movements in the hours before he was found injured.

They also want to speak to a woman who is believed to have found Mr Thomas in the park before an ambulance was called.

Three people were previously arrested in connection with the attack. 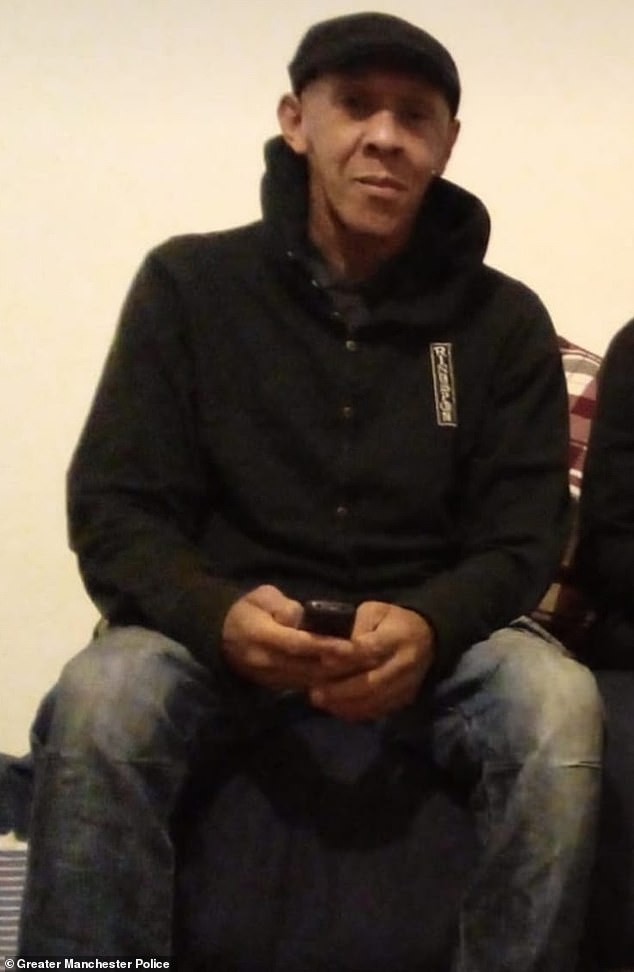 Police have launched a murder investigation after Headley Barry Thomas, 51, (pictured) died on Sunday, 20 days after he was found ‘seriously injured’ in a park

Detectives say it remains unclear whether Mr Thomas, who was known to his loved ones as Barry, was attacked inside the park or at another location nearby.

He was taken to hospital where he died from his injuries on October 2.

Police previously arrested three people including a 37-year-old woman and a 27-year-old man who have since been bailed.

A 38-year-old man was released with no further action.

Detective Chief Inspector Gareth Davies, of Greater Manchester Police’s Major Incident Team, said on Tuesday: ‘Since September, we have been working tirelessly to find the person or persons responsible for this horrific attack which has tragically resulted in a much loved man losing his life.

‘We have followed up on a number of lines of enquiry which has resulted in one 37-year-old woman and one 27-year-old man being arrested, both of whom have since been bailed.

‘A third person, a 38-year-old man, was also arrested and has been released with no further action. However, we still need more information to establish exactly what happened on the day Barry was attacked.’

Officers believe Mr Thomas was subjected to a ‘horrific attack’ in Old Trafford, Greater Manchester, last month. Three people have been arrested in connection with the attack

The detective added: ‘I’d urge anyone with information, or anyone who may have seen Barry in the hours leading up to the attack, to please get in touch with us as soon as possible, as your information may just help us solve this investigation and get justice for Barry and his family.

‘At this stage it remains unclear if Barry was attacked in Penn Park or at another location nearby. We need to piece together Barry’s movements on Monday, September 12 between 9am and when he was found at around 2.30pm.

‘We are also looking to speak to a woman who it is believed found Barry in the park before the ambulance was called at around 2.30pm.

‘She is described as an Asian woman aged between 50 to 60 years old, wearing khaki coloured clothing. If this is you, please do get in touch with us as you may be able to help us with our enquiries’.

In an emotional tribute, Mr Thomas’s family said: ‘Our hearts are broken, our world has been altered forever. Forever loved by his family, children, and friends.

‘Our brother was prideful, protective, funny, loyal and a caring man with a huge heart to match we are saddened by this news.

‘We as a family are searching for answers to this senseless act and to bring closure to a life that’s lost’.