Pro-Russian official admits Putin’s forces have looted remains of 18th century prince Grigory Potemkin from cathedral in Ukraine, along with other historic artefacts

The remains of an 18th century prince were taken from a cathedral in Ukraine, along with other historic artefacts, a pro-Russian official has admitted.

Forces have claimed that they took the monument to Potemkin, a Russian war hero, and a bag containing his skull and bones from St Catherine’s Cathedral in Kherson in order to ‘protect’ the remains.

His remains, including carefully numbered bones, had been in a black bag in his coffin.

Vladimir Saldo, the so-called head of the Kremlin-backed administration in Russian-held Kherson, said: ‘We transported to the left bank the remains of the holy prince that were in St. Catherine’s Cathedral.

‘We transported Potemkin himself. These were my decisions because these are my powers, my duties and responsibilities.’ 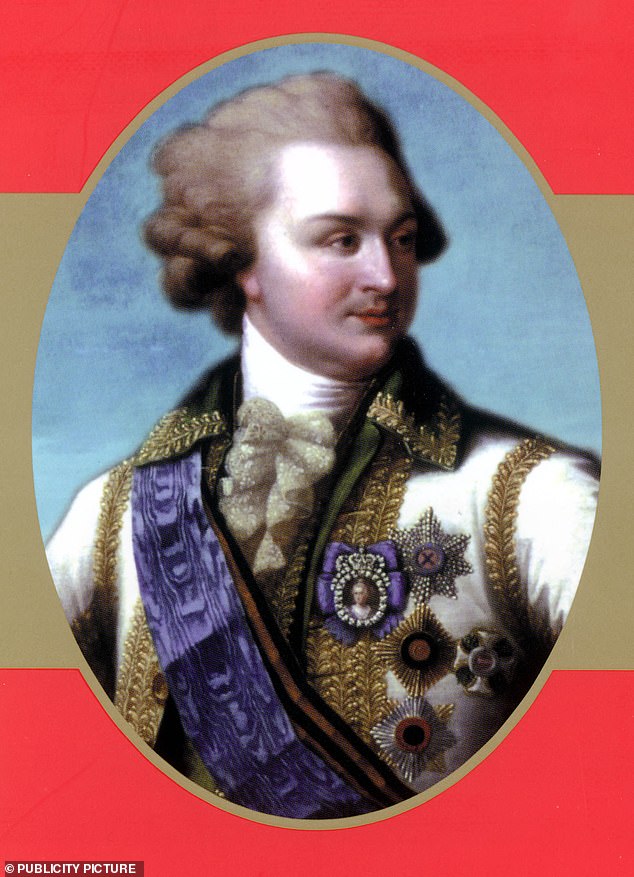 Forces have claimed that they took the monument to Potemkin, a Russian war hero, pictured, and a bag containing his skull and bones from St Catherine’s Cathedral in Kherson in order to ‘protect’ the remains 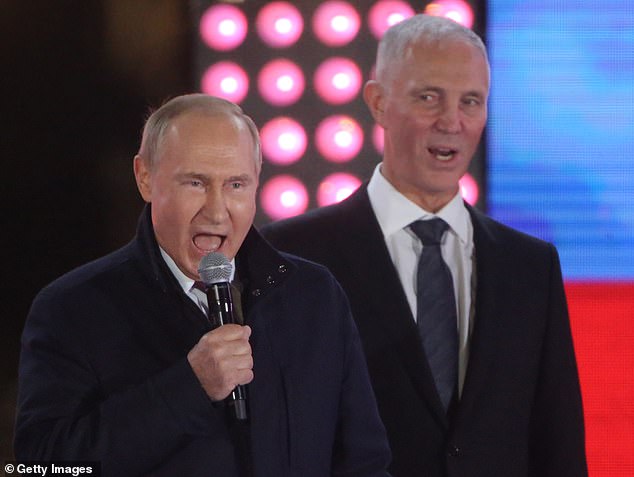 Vladimir Saldo, the so-called head of the Kremlin-backed administration in Russian-held Kherson, pictured with Putin in September, said: ‘We transported to the left bank the remains of the holy prince that were in St. Catherine’s Cathedral’ 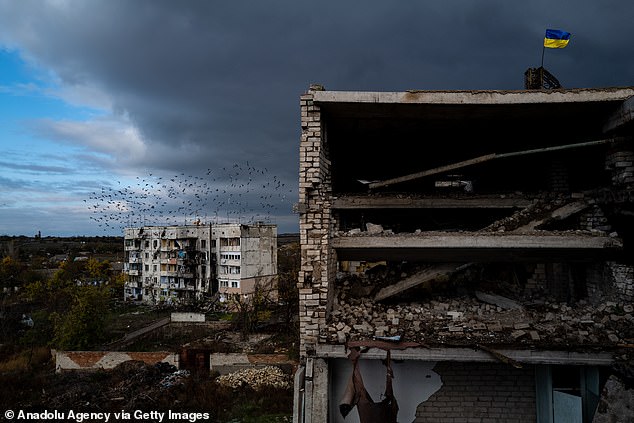 Mr Saldo, a Ukrainian politician who betrayed his own country at the start of the war, said he had taken the decision to move monuments, statues, and artefacts away from the city. Pictured: A ruined apartment building in Kherson

Saldo made the extraordinary admission that pro-Russian officials were stealing cultural and historical artefacts in an interview with Crimea 24, a Putin mouthpiece.

Mr Saldo, a Ukrainian politician who betrayed his own country at the start of the war, said he had taken the decision to move monuments, statues, and artefacts away from the city.

‘All relics will return to their place because our cause is just. We do not want anything else than to live a peaceful life,’ he said.

He died during negotiations over the Treaty of Jassy (now Iași), which ended a war with the Ottoman Empire that he had overseen.

Potemkin was born into a family of middle-income noble landowners. He first attracted Catherine’s favour for helping in her 1762 coup, then distinguished himself as a military commander in the Russo-Turkish War (1768–1774).

He became Catherine’s lover. After their passion cooled, he remained her lifelong friend and favored statesman.

He had the titles of Holy Roman Empire of Prince of the Russian Empire among many others.

Potemkin was both a Grand Admiral and the head of all of Russia’s land and irregular forces.

His achievements include the peaceful annexation of the Crimea (1783) and the successful second Russo-Turkish War (1787–1792).

In 1775, Potemkin became the governor-general of Russia’s new southern provinces.

An absolute ruler, he worked to colonize the wild steppes, controversially dealing firmly with the Cossacks who lived there. He founded the towns of Kherson, Nikolayev, Sevastopol, and Ekaterinoslav. Ports in the region became bases for his new Black Sea Fleet.

His rule in the south is associated with the, probably mythical, ‘Potemkin village’, a ruse involving the construction of painted façades to mimic real villages, full of happy, well-fed people, for visiting officials to see. Potemkin was known for his love of women, gambling and material wealth. He oversaw the construction of many historically significant buildings, including the Tauride Palace in St. Petersburg.

His name features in Battleship Potemkin, a 1925 Soviet silent drama film produced by Mosfilm. Directed and co-written by Sergei Eisenstein, it presents a dramatization of the mutiny that occurred in 1905 when the crew of the Russian battleship Potemkin rebelled against its officers.

In 1958, the film was voted number 1 on the prestigious Brussels 12 list at the 1958 World Expo. Battleship Potemkin is considered one of the greatest films of all time.

In the most recent Sight and Sound critics’ poll in 2012, it was voted the eleventh-greatest film of all time, and it placed in the top 10 in all previous editions.

His remarks alluded to the fierce fighting that is set to engulf the southern region over the next weeks as Ukraine looks to retake the territory seized by Russia in March.

Potemkin was an 18th-century commander who wanted to build a New Russia for his lover, Catherine the Great, and annexed Crimea in 1783.

He also founded the cities of Odesa and Kherson in what is now southern Ukraine.

Vladimir Putin is known to be a huge admirer of the military leader and often invokes his vision of restoring a lost Russian empire.

The Russian despot’s puppet politicians in southern Ukraine last night said they had evacuated an additional 70,000 people from the area.

Kyiv says that number includes some of its own citizens who have forcibly deported to Russia.

The looming battle for Kherson city at the mouth of the Dnipro River will determine whether Ukraine can loosen Russia’s grip on the south.

The Russian-appointed Kherson regional government said it has moved to the river’s left bank in expectation of increased fighting between both Ukraine and the occupying forces.

Gen. Oleksii Gromov, the chief of the main operational department of the Ukrainian military’s general staff, said Russia may have staged explosions at residential buildings in the city of Kherson before retreating.

He said that the Russian goal was ‘to inflict a critical damage to the infrastructure of the areas being reclaimed by Ukraine.’

As Ukrainian forces advance on the right bank, hundreds of civilians have already been sent across the Dnieper River.

Several other statues and monuments have been taken from their plinths in the city centre of Kherson.

This included a monument to Potemkin which was erected in 2003. The empty plinths were seen in footage taken in Kherson over the weekend.

The removal of Potemkin’s remains led to one historian reacting on Twitter.

Simon Sebag Montefiore said: ‘So what will Putin do w the stolen body of Serenissimus Prince Potemkin of Taurida?

‘Tho Potemkin wld have loathed Putin’s primitive cruel nationalism, I predict a plangent imperial TV extravaganza when Putin will bury Potemkin in a flashy new Moscow tomb and promote his war.’

But a Russian-appointed official, Kirill Stremousov, downplayed any threat of a ground invasion of Kherson.

He said: ‘We are saving the heritage – not from Nazis entering the city, but from shelling which has got so chaotic lately that it can hit anything these days, from museums to schools and hospitals.’

Elsewhere, Ukraine’s president was sceptical that Russian forces were going to retreat from Kherson.

‘This is a ruse. I’m not at liberty to disclose everything, but this is a ruse to get us to move our troops from other hotspots to here.’ 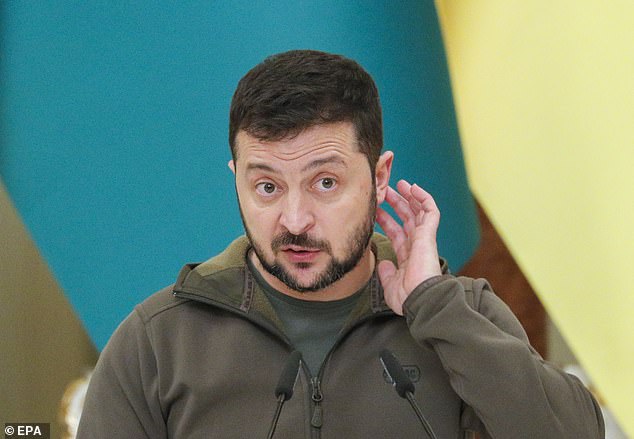 Elsewhere, Ukraine’s president was sceptical that Russian forces were going to retreat from Kherson 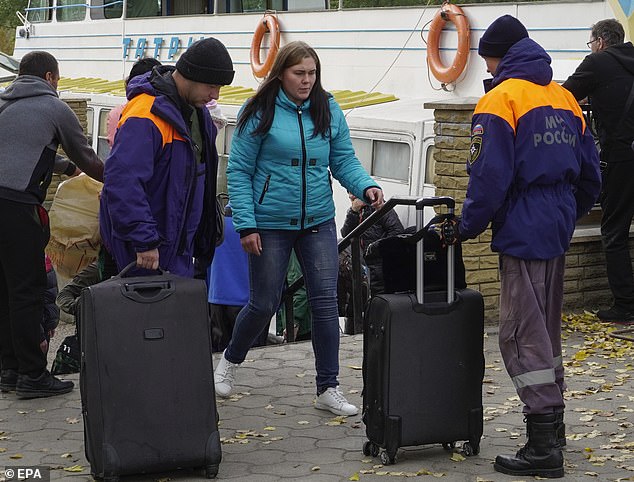 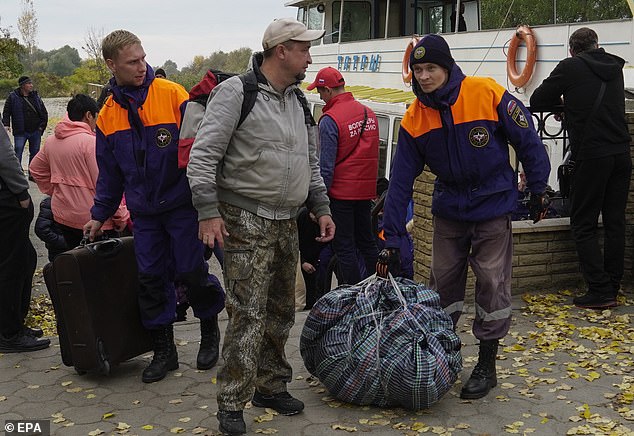 It comes as Ukrainian police said that Russian troops have moved into residential buildings in several towns.

This includes Kherson, which is awash with vacant buildings after the area was evacuated.

In recent days, it has also been claimed that Russian forces have forcibly removed least 2,000 people and taken them to Crimea, according to Ukrainian intelligence officials.

Many of the evacuees were children who the unnamed official said were taken away from their families by force, in what they called an ‘abduction.’