Home » World News » Public servants can ‘retire’ one year, return the next

Public servants can ‘retire’ one year, return the next

If you could take a year off work, on close to full pay, and potentially return to the same job in 12 months, would you jump at the chance?

As of the end of last month, 1615 bureaucrats had done just that under an “early retirement” scheme intended to shrink a Victorian public service that has grown by 60 per cent since the Andrews government came to power. 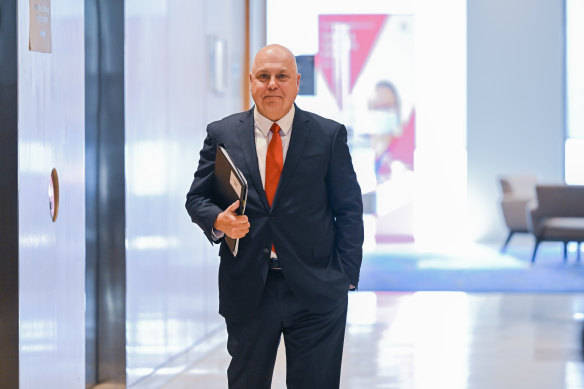 Treasurer Tim Pallas is encouraging bureaucrats to take an early retirement package to reduce the size and cost of the Victorian Public Service.Credit:Nine

Figures provided to The Age by the Department of Premier and Cabinet show a steady take-up of the scheme announced last year by Treasurer Tim Pallas, with the largest exodus coming from the government’s social services omnibus, the Department of Families, Fairness and Housing.

The government has also set a target to reduce the number of public service executives to 2018 levels by the end of this financial year.

This would represent a dramatic turnaround for a government that oversaw a near trebling of public service executives from 647 in June 2014, the year it was first elected, to 1759 in June 2021, the most recent figure published by the Victorian Public Sector Commission.

To meet the government’s target, the Victorian public service will need to shed more than 700 executives from this number by June next year. Executives and fixed-contract employees are exempt from the early retirement scheme.

The early retirement scheme, which was approved by the Australian Taxation Office, is similar to the terms offered to bureaucrats by the previous Coalition government when it attempted to keep public service growth in line with state revenue and population: a lump sum of $15,000 and four weeks’ pay, plus two weeks’ salary for every full year served, up to 30 weeks.

The significant difference is that under the Baillieu government’s Voluntary Departure Program, anyone who took a package was precluded from working in the Victorian public service for three years and the broader public sector for a year. Under the current scheme, you can take a package and immediately step into another public sector job – or return to the public service within a year.

“The one-year exclusion is just too short,” Wood said. “You will get people who end up coming back either in permanent roles or on contracts, so you have just done your dough.” 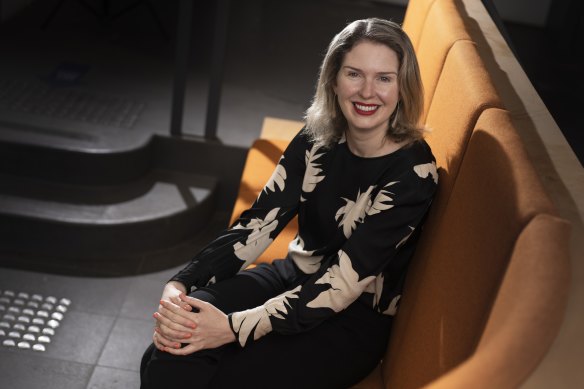 Wood said the Andrews government’s early retirement scheme shares the same problems of other voluntary separation programs previously offered by federal and state governments – they tend to result in departments losing talented employees they would rather keep and retaining bureaucrats they would prefer to lose.

She said better ways to reduce the size of a public service included hiring or headcount caps, which shrink the bureaucracy through natural attrition; efficiency dividends, which force department heads to find savings; and targeted redundancies.

“Performance management processes in government make it very hard to get rid of even hardcore underperformers,” she said. “If you are going to do a downsizing in the public service – and there are arguments it has grown quite significantly in the last couple of years – then targeting those weaker performances, giving them redundancies and shipping them out would be a much better way to go.”

Professor Abigail Payne, a public economist and director of the Melbourne Institute, welcomed the use of early retirement as a means of reducing the size of the public service, opening up greater opportunities for younger bureaucrats, and enabling departments to “pivot” without making mass redundancies.

In its submissions to the ATO, the government refers to the changing economic landscape and the need to “progressively realign expenditure to target areas of high priority”.

The Community and Public Sector Union is supportive of the government’s approach, with a union spokesman describing previous redundancy programs as “pretty brutal” in their impact on remaining staff.

Although the scheme is being treated as an early retirement program for the purposes of the ATO, this is a misnomer. Where you must be aged 55 or older to access the scheme in the Department of Treasury and Finance and the Department of Jobs, Precincts and Regions, it applies to ongoing employees over the age of 50 in other departments. In three government departments, there is no age limit.

The most attractive aspect of the scheme is the tax treatment of payouts. Under the ATO formula, a public servant on $150,000 a year with 15 years of service would receive a payout of more than $113,000 and pay only $5000 in tax.

Eligibility is tailored to fit each department, with indispensable staff such as child protection workers and people in various listed roles exempt from accessing the scheme.

“Departments are implementing a range of savings measures while ensuring that key services are maintained for the benefit of Victorians,” a government spokesman said.