Girl, 10, becomes Top Trumps champion after a gruelling SEVEN months of matches in schools across the country 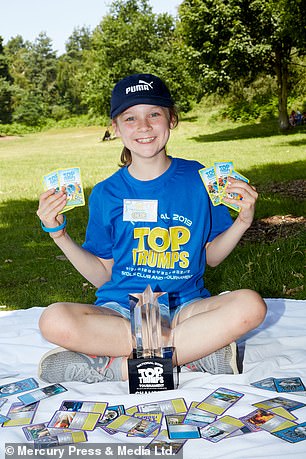 A schoolgirl of ten has beat thousands of boys to become only the second girl ever to land the national Top Trumps title.

Chloe Gornall put her victory in the popular playground card game down to having a good memory and keeping a cool head.

She took the title after being crowned Top Trumps champion at Brindle Gregson Lane School, in Preston, Lancashire, where she is a pupil, before being selected to play against 11 other youngsters in the grand final last month.

Chloe, who started playing the game with her sister, Ella, seven, two years ago, fended off her rivals by topping the scoreboard in subjects including science, engineering and volcanoes.

She said: ‘I can’t believe I won. Keeping a cool head is the number one secret.

‘But to be a champ you also need a good memory – I have a really good memory, and I think that helps me a lot as I could remember the card stats and best cards and know when to play them.

‘Other than that, you need strategic play, to speak clearly and confidently when you declare your card stats – and a bit of Lady Luck.’ 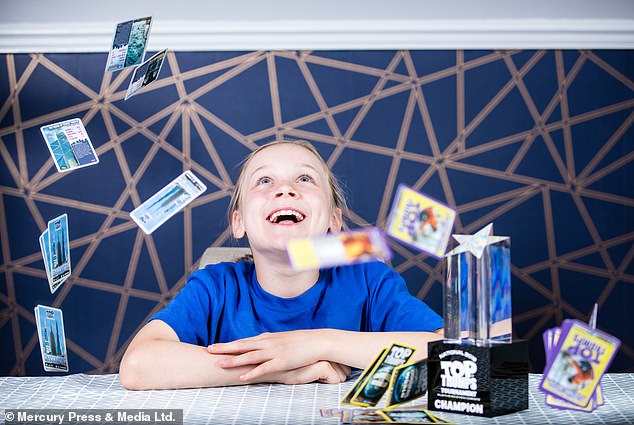 Chloe Gornall, from Preston, Lancashire, beat thousands of boys to become only the second girl ever to land the world Top Trumps title

Chloe won a trip away to Sherwood Forest, Nottingham, where the final was held, and a selection of Top Trumps gifts and toys following her victory in the contest.

Her designer mother, Alison Gornall, 39, put her daughter’s success down to her competitive nature.

Mrs Gornall said: ‘Chloe certainly well and truly trumped the boys. She is very sporty and very competitive at anything she gets into.’

The original Top Trumps launched in 1978 with eleven different packs costing 50p each.

They were primarily aimed at boys, with themes such as military vehicles and weaponry, racing cars and modes of transport.

But in recent times they have become popular with both sexes as the packs have been modernised to feature popular films and books, including Frozen, Trolls, Star Wars and Harry Potter.

The game involves two players who are dealt an equal number of cards face down. They take it in turns to turn over a card and read a statistic from five categories.

The best statistic – the one that trumps the other – wins and the losing player must hand over the card to their opponent. The overall winner is the one who manages to steal all their opponent’s cards. 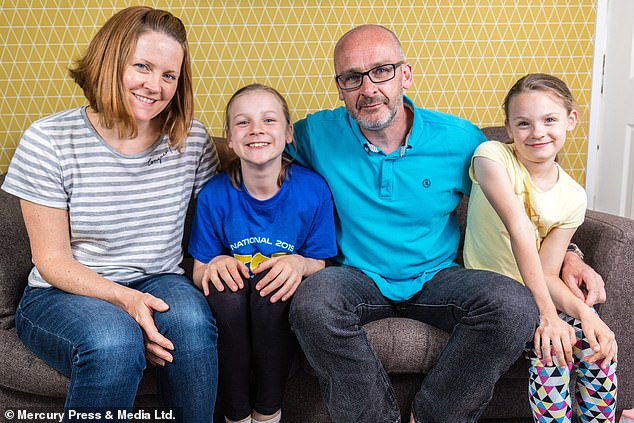 Her designer mother, Alison Gornall, 39, put her 10-year-old daughter’s success down to her competitive nature. Pictured: Alison, Chloe, her father, and sister Ella