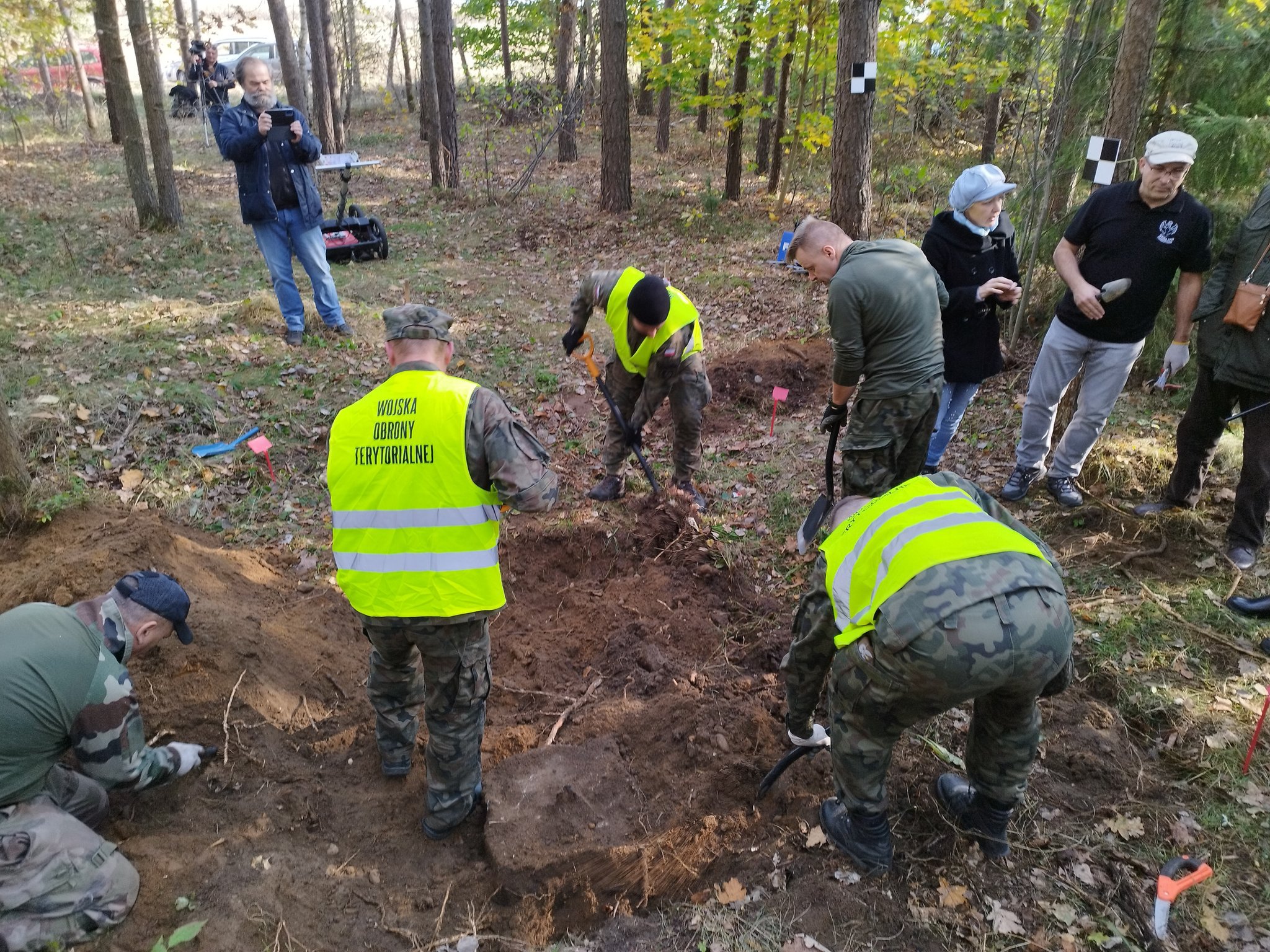 A mass grave with the bodies of 11 people tortured and murdered by the Nazis has been found in Poland’s ‘Forest of Death’.

Researchers were originally looking for the bodies of a dad and son who were reportedly shot in the woodland, near the town of Jedwabne, in 1943 before coming across the mass grave.

The remains were found with their hands tied behind their backs and other signs of torture, including cracked skulls and jawbones, MailOnline reports.

Anthropologist Urszula Okularczyk said: ‘The arrangement of the hands indicates that the victims were bound before they died, the hands were tied behind their backs, the bodies were thrown without care, disrespectfully, and fell one on top of the other.

‘You can also see that the skulls were destroyed by the gunshots, as evidenced by the concentric lines and holes specific to the entry and exit openings.’

Bullet casings from a weapon widely used by Hitler’s army were also found inside the grave.

‘Many more’ bodies are expected to be discovered in the woodland, which was nicknamed the ‘Forest of Death’ by locals due to the number of atrocities the Nazis are believed to have carried out there.

Jedwabne mayor Adam Niebrzydowski said: ‘The forest is located a little bit in the middle of nowhere, between villages, so it was easy to take these people there and murder them in a bestial way.’

The mass grave has not been the only recent discovery in the forest, as four other victims who are believed to have been a part of a Nazi resistance group were found there months ago.

The group have been identified as two married couples who were executed for helping Poland’s underground resistance movement.

Approximately 98% of the Jewish population in Poland were killed during the holocaust, with only 350,000 surviving the war.

Researchers are appealing for any information which can help them identify the victims found in the forest.

Dariusz Szymański said: ‘I would like to appeal to the inhabitants of Jedwabne and the surrounding area, to families who know that their relatives were murdered, to report and provide a sample for genetic testing.’