Sacked chief-executive, 60, posts a video of himself doing press-ups

Fit for the job! Sacked chief-exec, 60, gets more than 100 employment offers after posting LinkedIn video doing press-ups to prove he’s not past it

A 60-year-old former chief-executive has been overwhelmed with job offers after he  posted a video of himself doing press-ups to prove he is not past it.

Paul Marks believes he had missed out on more than fifty jobs before the video of him doing six press-ups in his suit made him a viral success.

The former Toys R Us worker from Poulton-le-Fylde in Lancashire had more than 40 years of experience before being furloughed during the coronavirus lockdown in April.

His CV included roles such as chief operating officer, managing partner and operations director, working in India, Dubai and Spain, but he said he was unable to find a job in the UK due to his age.

Now more than 100 employers have got in touch with him about a job after the video reached more than 700,000 views on LinkedIn. 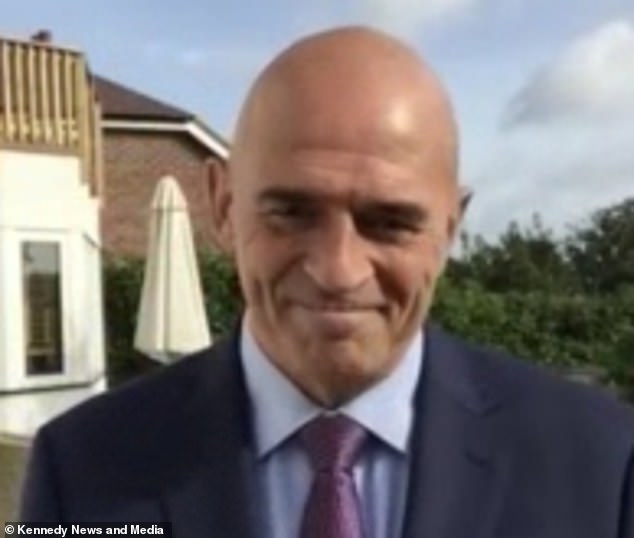 Paul Marks, 60, believes he had missed out on more than fifty jobs due to his age so decided to post a video of himself doing press-ups to attract employer’s attention 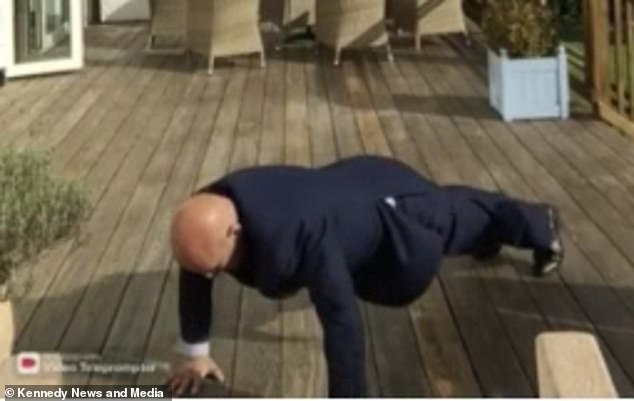 Paul performs six press-ups in his suit before getting up and addressing the camera. He says more than 100 employers have got in touch with him about a job after the video reached more than 700,000 views on LinkedIn

In the video, Paul performs six press-ups in his suit before getting up and addressing the camera.

He says he runs he does 40 or 50 press-ups a day and runs 30km after introducing himself.

‘It’s my way of saying not all 60-year-olds are grey-haired gardeners or sit around drinking tea or watching sport all day. Not that I’m averse to either.’

Paul says he is returning to the UK after living and working abroad and is finding it impossible to speak to recruiters face-to-face.

He adds: ‘The fact is that the complexity and, to a degree, the necessity of in the way in which online recruitment works these days means that its difficult for people like me to get past what feels a little bit like selection by algorithm.

‘I need to meet people. So this is my call to action. My way of introducing myself to recruiters who might be put off by my age.’

He encouragers employers to think about the value his years of experience could provide a company and asks them to connect with him on LinkedIn or ‘better still’ phone him.

The video was inspired by Paul’s challenging himself to be able to complete 60 press-ups and run 6km by his 60th birthday yesterday.

Paul, who was born in Dunfermline, Fife, Scotland, said: ‘I thought, “what if I combine the press-ups with a call to action”.

‘I didn’t think I should do it in my gym gear because it doesn’t look very professional, so I thought maybe I’d wear my suit, take my jacket off, then that would be underneath.

‘But my wife said “who do you think you are, superman?”, so then I wondered if I could do the press-ups in my suit. It was a bit tight after I put on some covid weight, but I managed it.

‘Because I’d been doing the press-ups as part of the challenge, I was confident about physically doing them but I was nervous because I thought people might think I was a bit of a twit. 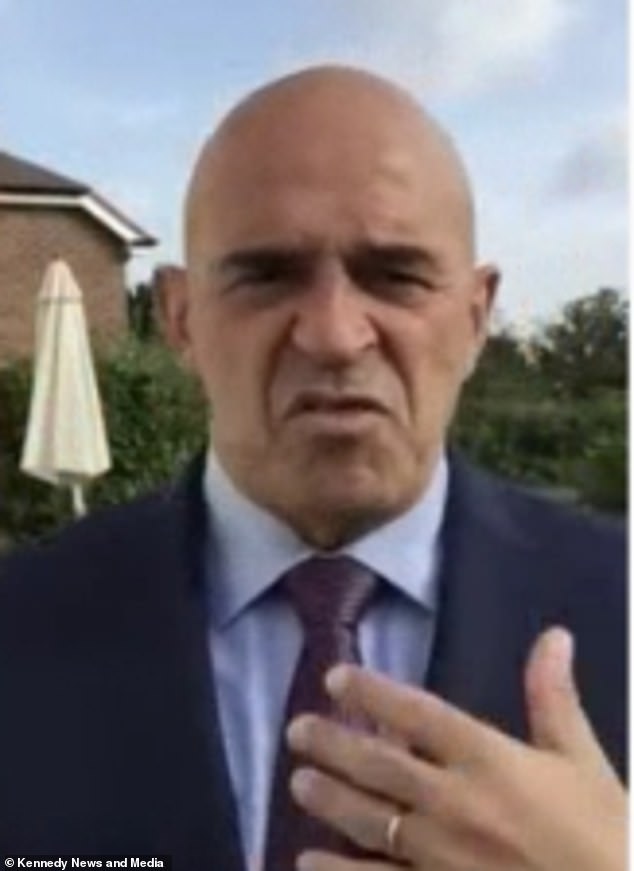 Paul says he runs he does 40 or 50 press-ups a day and runs 30km. The video was inspired by Paul’s challenging himself to be able to complete 60 press-ups and run 6km by his 60th birthday yesterday

‘The message was “I’m not an old wrinkly” and “I’m not dead yet”, because when it comes to recruiting you might as well be dead.’

Paul and his wife lost their jobs in April and they caught the first post-lockdown plane home from Dubai in July.

He lives with a friend while wife Sara Marks, 47, lives with her parents in Bagby, North Yorkshire, before they can move back into their home in Darlington.

The father of two said he is not ‘one of these Dubai success stories’ and has ‘nothing but his house’, so he is looking for a job at any rung of the retail management ladder.