Disgraced FTX founder Sam Bankman-Fried claims he skipped meals and lived on a jar of peanut butter during his short prison stint in a Bahamian jail as he struggled to cope with prison meals while on a vegan diet.

The one-time multi-billionaire said the lifestyle choice prevented him from consuming much of the food offered to him and had to resort to peanut butter sandwiches instead, according to an interview with Puck news’ Theodore Schleifer.

After being arrested in the Bahamas on eight counts that range from wire fraud to misuse of customer funds, he had tried to convince the judge to release him on bail because of his special dietary needs and mental health conditions – to no success.

He spent ten days in jail before being extradited to the New York, where he was released on house arrest to his parents’ multi-million dollar home in Palo Alto. 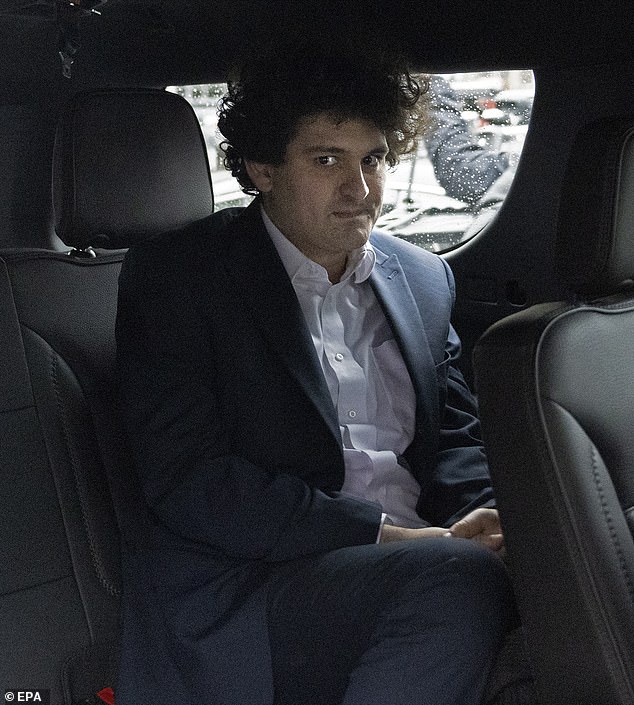 In a revealing interview, SBF has delivered an update on his mental space as he prepares for an October trial and comes to grips with the world being against him 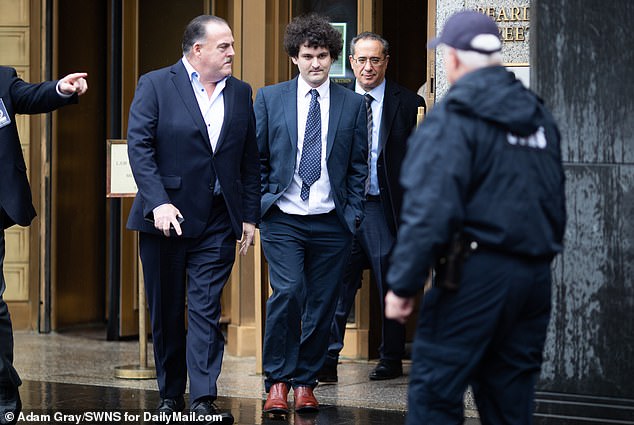 SBF leaves court on January 3, 2023. He entered a not-guilty plea and is being accompanied by private investigator Jimmy Harkins

In the semi-sprawling interview, SBF spoke about his days in prison following his arrest in the Bahamas in mid-December.

‘I spent a while trying to see how far a jar of peanut butter could get me,’ he said. ‘It was a little touch and go for a while,’ he said, referring to his health over the course of his ten-day detainment.

Yet Dailymail.com has previously reported how Bankman-Fried’s mother had called the Bahamian prison where her son was being held to see if she could arrange special vegan meals for him.

Schleifer wrote that SBF did not feel ready to publicly process his thoughts on his prison stay yet, adding that he seemed to have experienced ‘trauma.’

He was originally meant to remain in jail until at least February 8, but wound up striking a deal with US prosecutors to drop his fight against extradition. The Bahamian prison in which he was being held, Fox Hall, was previously described as ‘not fit for humanity.’

SBF conducted the interview from his parents’ much more comfortable Palo Alto home on the edge of the Stanford campus, where his parents have taught as law professors.

He remains under house arrest after being released on a $250million bond. Earlier this month he entered a not guilty plea in Manhattan federal court and his case is set to go to trial in October.

He described to the Puck journalist the feeling of being under house arrest as ‘simultaneously, very antsy and frustrating and stressful.’

He says he spends a lot of time ‘trying to find anything I can do, to the extent there is anything. But what I can do is limited.’

Prosecutors handling his case have called the FTX saga a ‘fraud of epic proportions.’ 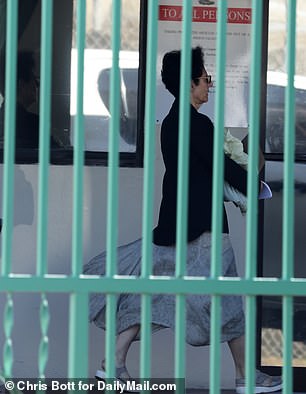 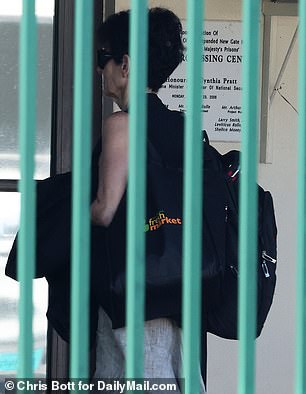 Barbara, 71, was spotted carrying a bag from store The Fresh Market, perhaps for her son’s vegan diet 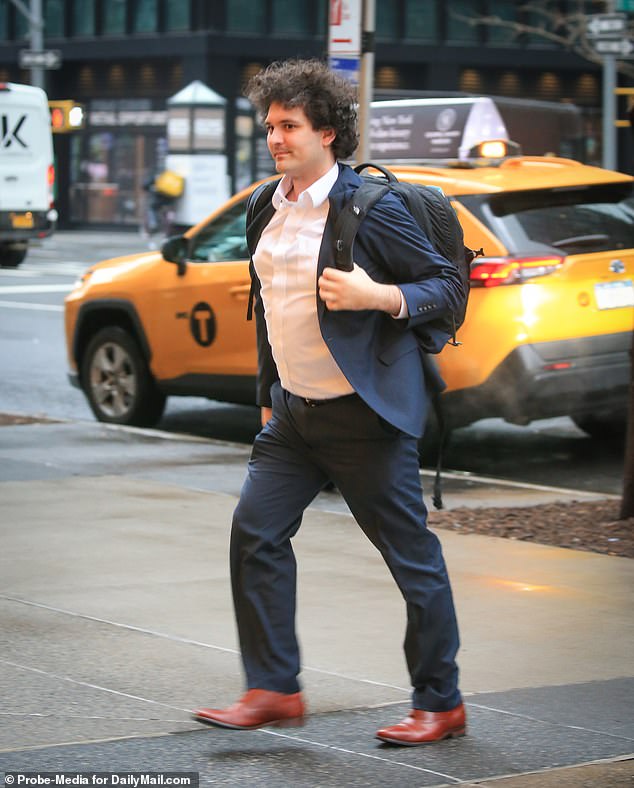 As has previously been reported, SBF is low on cash. His multi-billion dollar net worth, which may have been as high as $26billion at one point, plummeted to virtually nothing overnight.

It is unclear, according to Schleifer, how much longer he will be able to afford his presumably expensive attorneys or how long his parents may be able to fund his defense and security before they are drained completely dry.

The failed founder also pondered the relationships he’s lost in all the chaos.

He told Schleifer that most of his closest relationships were with his colleagues, none of whom are currently speaking with him, and several of whom have flipped on him when seeking lenient plea deals with law enforcement officers.

His parents, writes Schleifer, and a newly acquired German Shepherd named Sandor (a lockup gift from his parents), are all he has left.

‘For a number of years, I was incredibly lucky and fortunate in terms of a lot of the relationships and support that I had,’ he said. ‘Now there’s basically nothing left.’

Schleifer described Bankman-Fried’s demeanor as somewhat incredulous, in addition to having oriented ‘himself as the victim in his catastrophe.’

‘He made a mistake and wants to atone, genuinely, but still very much on his own terms alone,’ he wrote.

In a different section of the piece, Schleifer wrote that SBF seemed to miss ‘the ever-flowing adulation that he had manufactured in the past, the media narrative that had been cultivated around the mythology of the MIT grad and hedge fund altruist turned DeFi wunderkind.’

At the end of the interview, Schleifer wrote that SBF is maintaining his innocence and plans to fight the multiple serious charges against him in court.