Seattle Seahawks quarterback Geno Smith is going to capitalize on his iconic quote after upsetting Russell Wilson and the Denver Broncos in Week 1. Smith filed a trademark for the phrase, "They wrote me off, I ain't write back though" after the win.

Smith delivered that line during an on-field post-game interview. Smith was asked about whether some fans wrote him off as a starter. He responded with that phrase, which immediately went viral.

“They wrote me off, I ain’t write back though.”

Geno Smith with a message 🗣 pic.twitter.com/R1EaKpW3Dt

Smith turned in a strong performance against Wilson and the Broncos in Week 1. He completed 23 of 28 pass attempts for 195 yards and two touchdowns in the 17-16 victory.

Smith didn't waste much time before filing for the trademark. The United States Patent and Trademark Office database shows Smith filed paperwork Sept. 14. The trademark will allow Smith to use the phrase on clothing and apparel, among other things.

The Seahawks and Smith couldn't keep up the momentum in Week 2. The team lost to the San Francisco 49ers 27-7. Smith completed 24 of 30 passes for 197 yards and no touchdowns. He threw 1 interception in the loss. The team will look to bounce back against the Atlanta Falcons in Week 3. 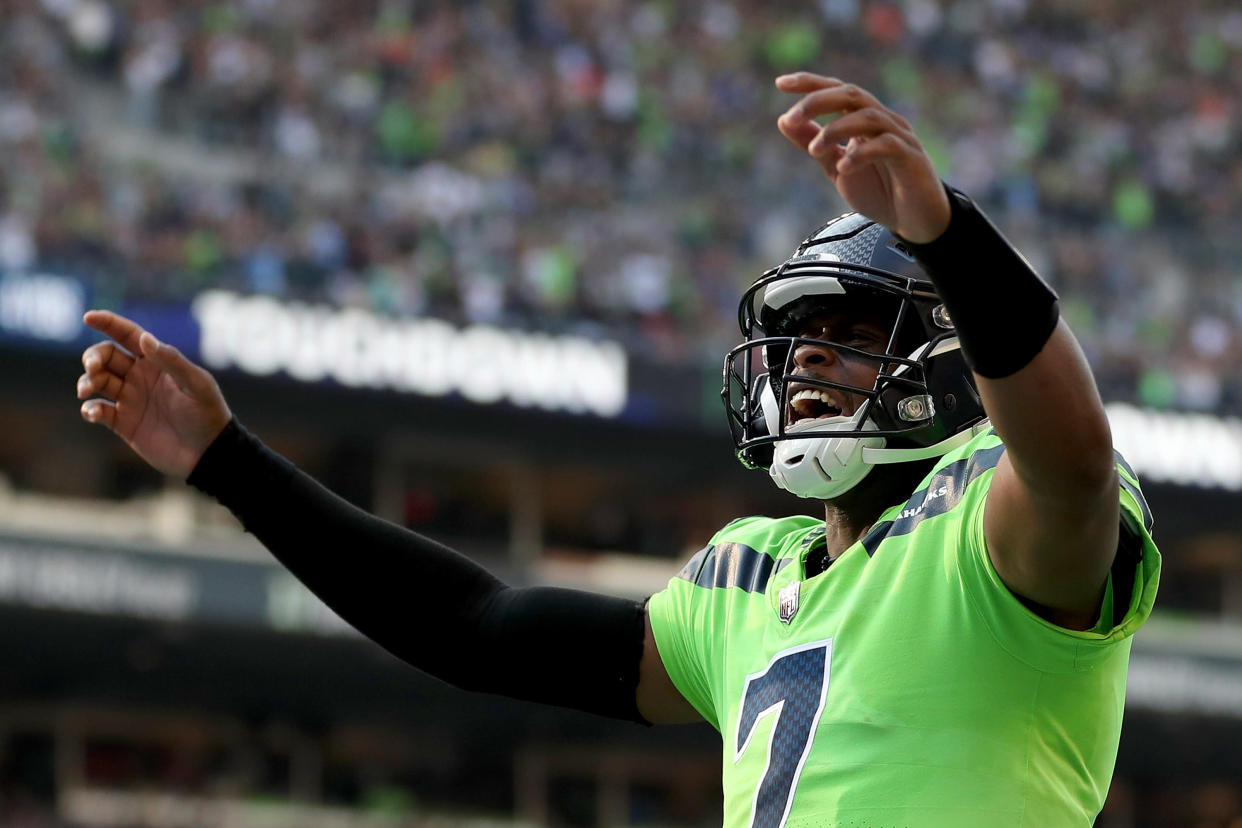