Serpent Mound continues to dazzle, inspire for the summer solstice

On Saturday, June 22, people will gather in a rural area 80 miles east of Cincinnati and await sunset, when the sun will align perfectly with the head of a massive ancient earthwork known as Serpent Mound.

It’s an effigy mound built out of land in the shape of a twisting snake, and much of its origin is shrouded in mystery.

Exactly when it was made is even up for debate among researchers — it was built during the Fort Ancient culture around 1100 AD, if you ask Brad Lepper, the archaeology manager for the Ohio History Connection, but other researchers will tell you it was built during the Adena culture from 800 BC to 1 AD, probably closed to 300 BC. Because it’s just made out of earth — with some repairs over the years — precise dating is tricky. 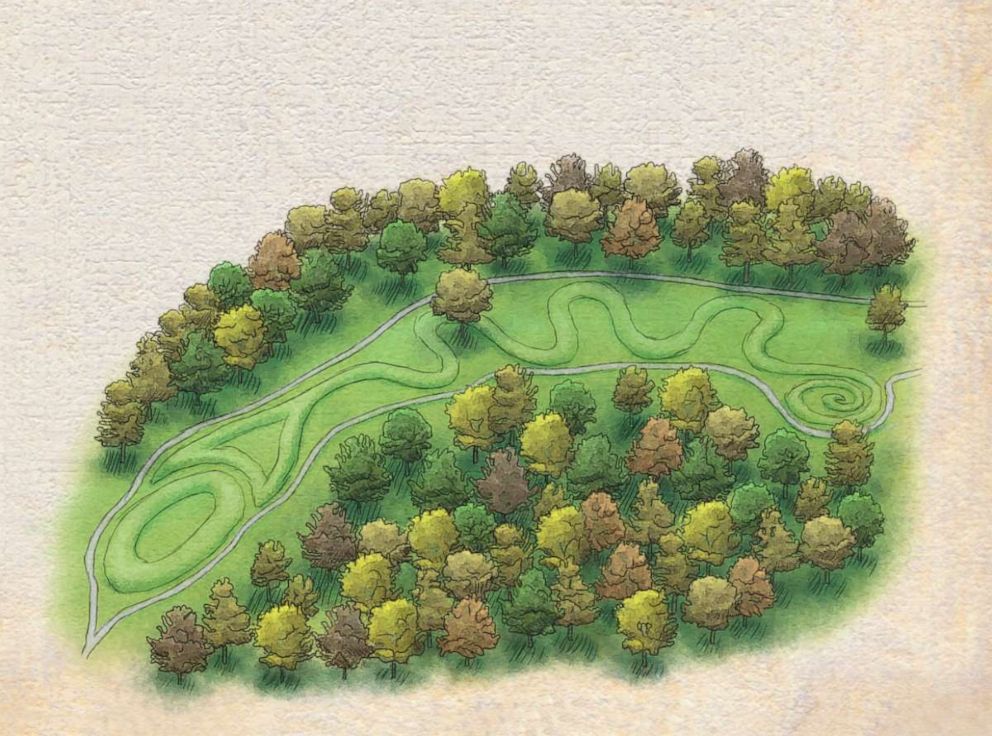 But a few facts about the Serpent Mound are known.

It was built by American Indians, and the placing of the head of the snake is around a promontory over a creek in part created by a meteorite that hit somewhere around 300 million years ago, according to Jen Aultman, the World Heritage director of Ohio History Connection, which owns the site, and an archaeologist.

Beyond those facts, though, there’s largely just speculation.

The Ohio History Connection is building speculation on archaeological and ethnographic research. They have been connecting with modern American Indian people to learn about serpent folklore and meanings. Across different tribes, serpents are largely connected to the creation of the world.

However, figuring out exactly what this serpent means is more difficult in large part because tribes were removed from Ohio during the 19th century. Currently, there are no federally recognized tribes in the state, despite their history there. That, Aultman told ABC News, “created sort of this vacuum in Ohio of meaning.” 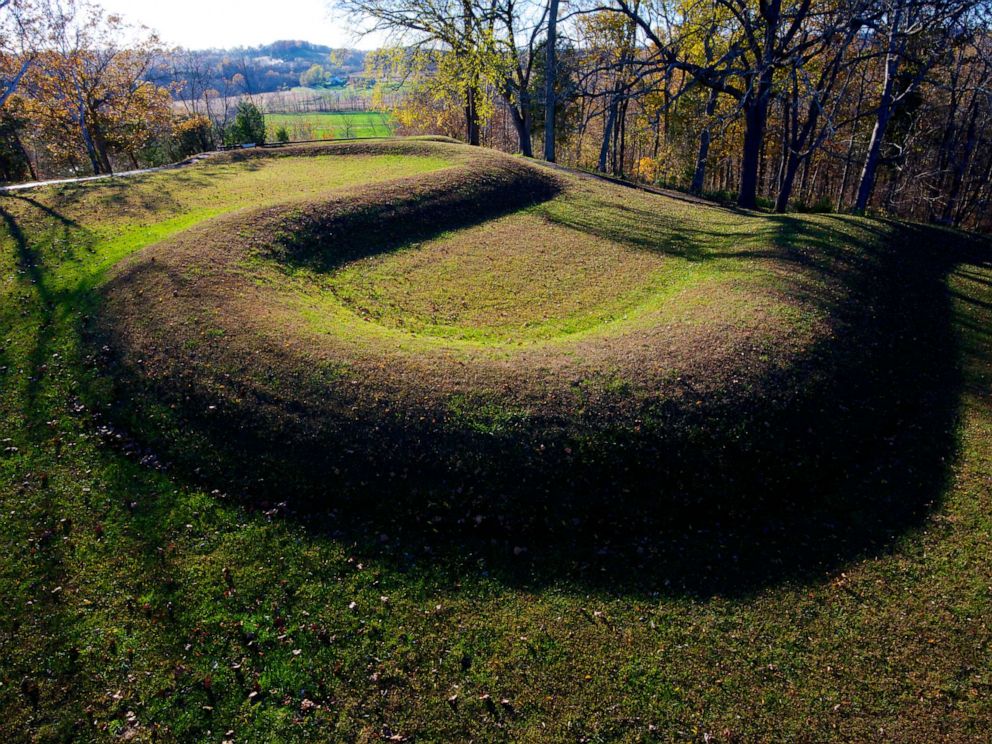 Although the exact purpose may not be known, Aultman said, whoever built it “certainly knew that this place was unique” based on the geology, even if they didn’t know the meteorite was a meteorite.

With the vacuum of meaning, people have been filling in their own theories — and not everyone’s as scientific as the Ohio History Connection. Because of the meteorite and alignment with the summer solstice, conspiracy theories have popped up about extra-terrestrial involvement.

But that’s one more fact Aultman can confirm: “There is absolutely no evidence aliens have been involved in Serpent Mound. It was built by American Indian people.”

Lepper will be giving a talk about the question of when Serpent Mound was built at an event on Saturday managed by Arc of Appalachia that will also feature live music, a tour, a barbecue dinner and a group sunset watch.

If you plan to visit — for the solstice or any other day — Aultman said you should “approach it as a place that is a sacred site and approach it with reverence and open-mindedness, that we may not today know — and we probably never will know — exactly what it meant to the people who built it, but it was important.”

After all, it took a lot of effort to build, likely being done one bucket of earth at a time, and there was certainly something significant about positioning the snake to meet the sun, which Aultman says has much less to do with extra-terrestrials and much more to do with human nature. 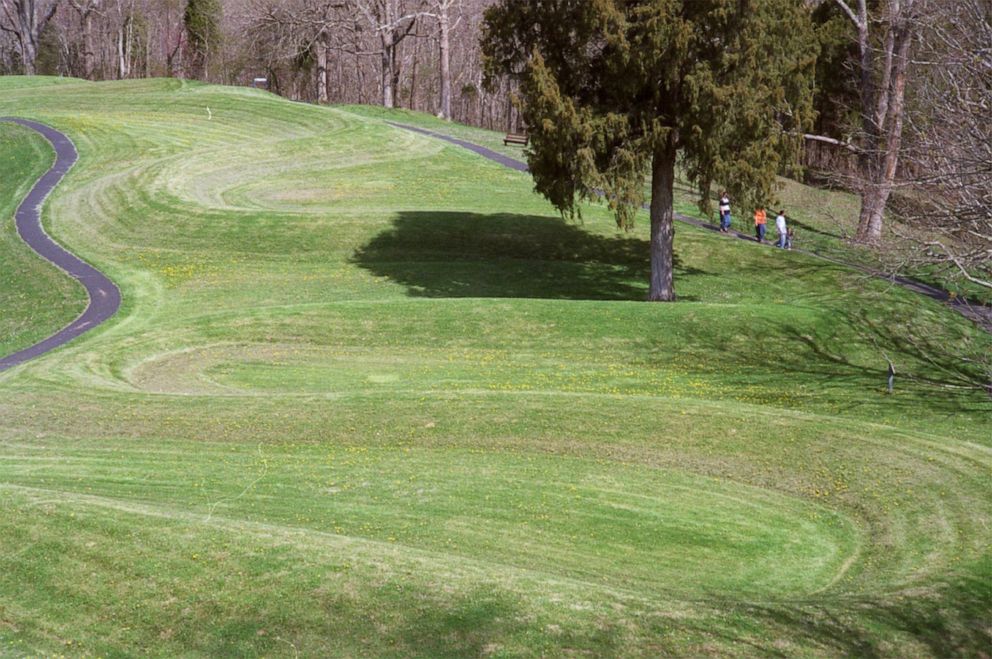 “Solar and lunar alignments tell us that people all around the world have been looking to the heavens for a long time,” Aultman said. “They’ve been looking to it because they know that life comes from the sun, ultimately, even though in some of their cultures’ traditions, that might not be how they’re saying it. But they’re looking to the skies to make meaning of their lives.”

That’s why the question of when the mound was built is also important, Aultman suggested, because it helps understand how people were “making sense of their cosmos, their world,” in that time.

“I think that’s part of why it bothers people that we don’t know exactly how old it is, because everyone wants to know, ‘Well, which people made sense of their world this way?'” she said.

“That’s why I get so frustrated about talk of aliens and so on — it’s actually the humanity of the people that made these places that connects us to them,” Aultman said. “In some ways, I think that makes them far more extraordinary than if it was beings coming from another world. I think it’s the humanity and the way we, every culture, we express that differently.”