Shock moment two crooks pummel boy, 14, on the street and steal his bag and jacket TWO men were captured on video punching a 14-year-old boy and stealing his bag and jacket near a homeless shelter and soup kitchen in New York City.

The young teen, wearing a red jacket, clutched onto his shoulder bag while one of the suspects grabbed him by the nape of his neck and threw him up against scaffolding, footage released by the NYPD shows. 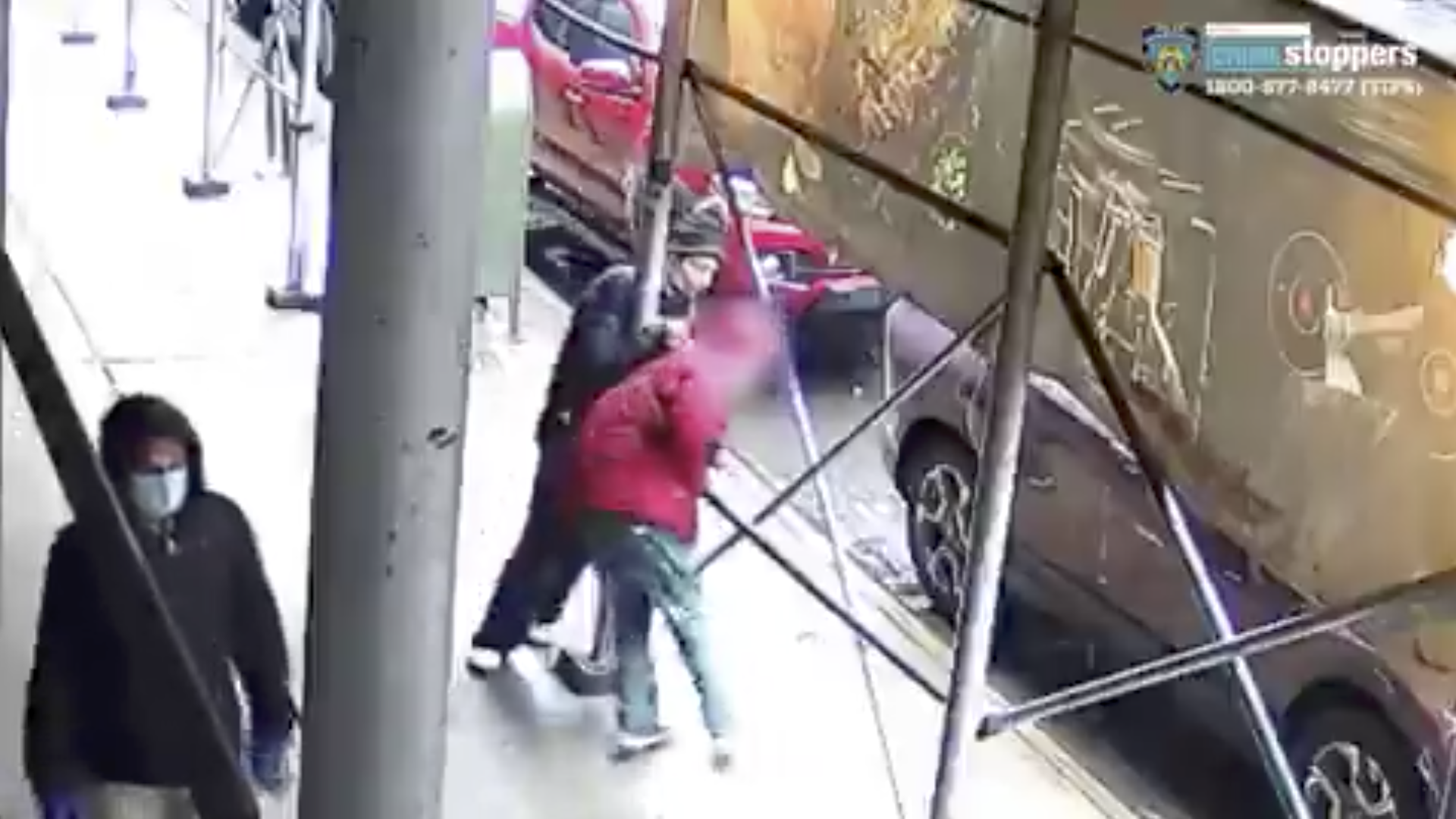 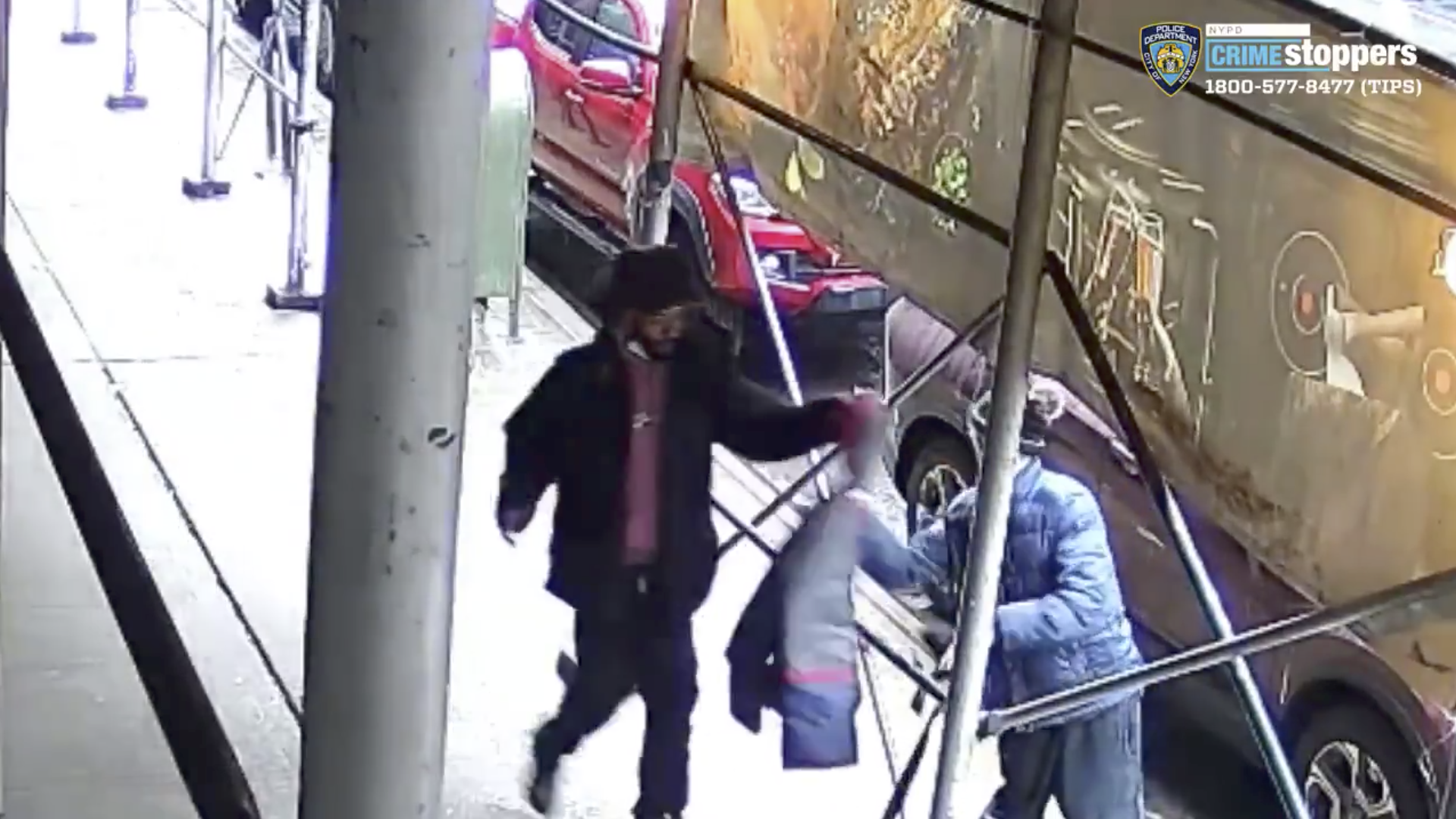 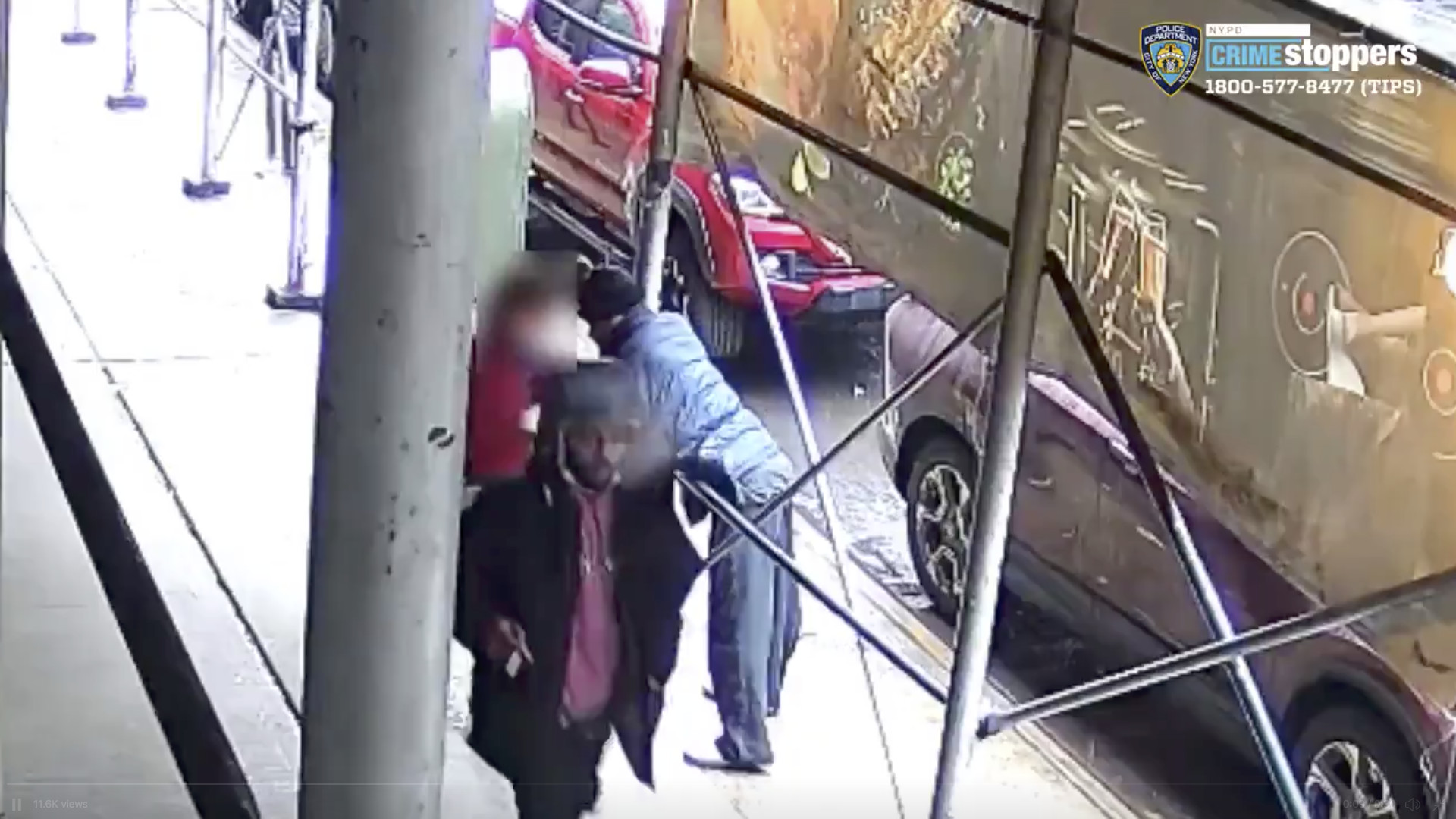 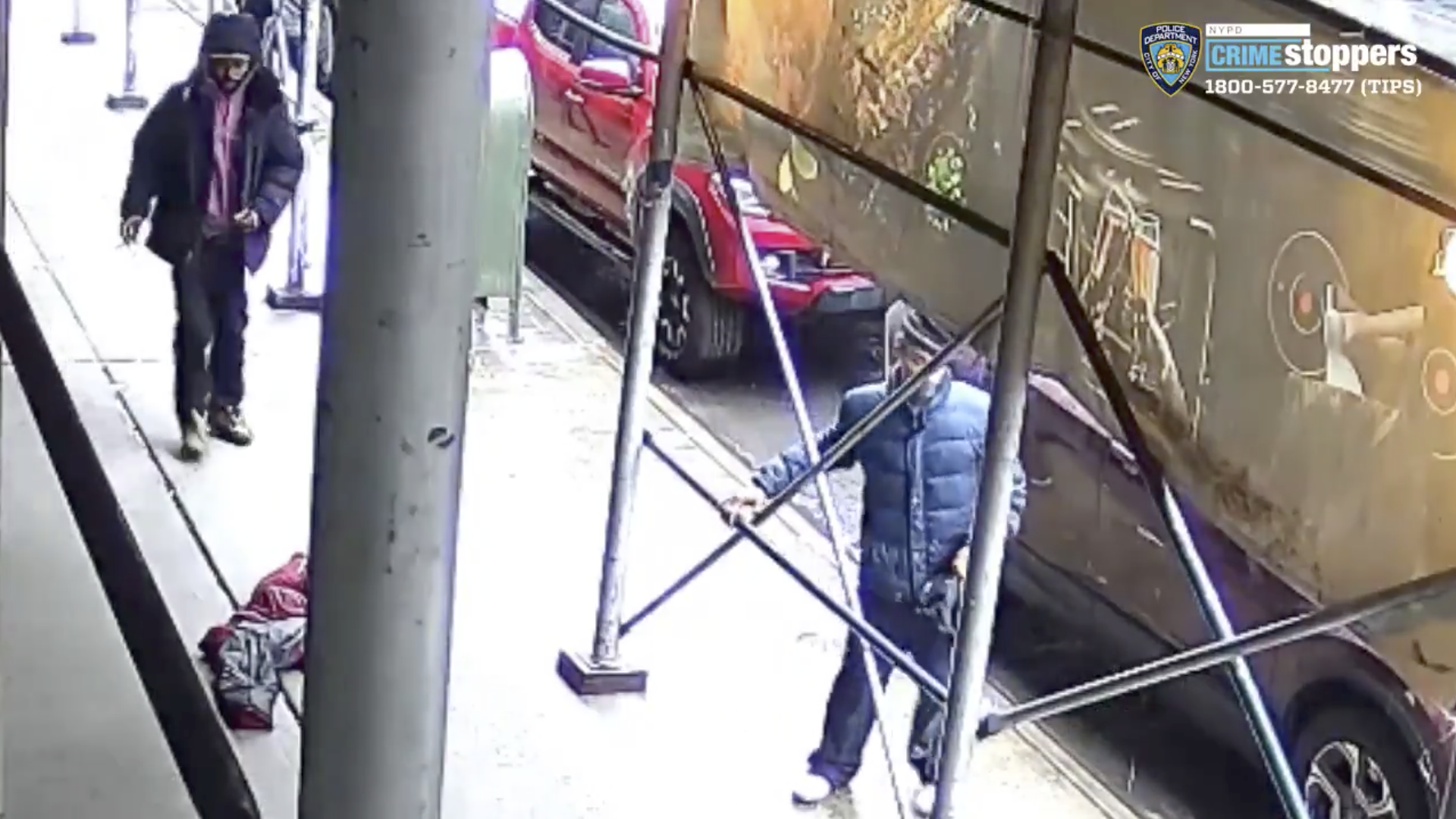 The robbers repeatedly punched the kid in the face while ripping off jacket and snatching the bag outside of the Bowery Mission Tribeca Campus around 11:30 a.m. on Friday, cops said.

The alleged assailants made off with his jacket, a whopping $4 in cash and the child’s cell phone as they fled the scene on foot.

The boy was taken to Presbyterian Downtown Hospital and treated for minor injuries.

Cops later arrested one of the alleged muggers, 35-year-old Charles Destefano, and charged him with robbery.

Police are asking for assistance in finding the second suspect, who is described as a black male with a beard.

“The lowest of the low. NYPD Detectives will undoubtedly apprehend the other heartless coward responsible for this crime. Unlike the city’s politicians — we are here for New Yorkers,” tweeted the Detectives’ Endowment Association.

Anyone with information about the incident is asked to call the NYPD's Crime Stoppers Hotline at 1-800-577-8477 or submit their tips online at www.nypdcrimestoppers.com.