Some Chinese students in UK thought to be from coronavirus province Universities on alert: Amid global panic over the spread of coronavirus, colleges across UK are taking urgent measures to safeguard students and staff as it emerges 120,000 Chinese youngsters are studying here

Universities were taking urgent measures to safeguard students and staff last night after the first suspected coronavirus cases in Britain.

More than 120,000 Chinese students are at UK colleges, with thousands believed to be from the province of Hubei – at the centre of the virus outbreak.

Many British academics also work in education projects in the worst-affected city of Wuhan, raising fears that they too may have had contact with the virus.

Last night, UK universities began checks on students and staff, who either have connections with China or travelled there recently.

Newcastle University revealed it had 300 students from Hubei. A spokesman said: ‘We have arranged a dedicated health event for any student arriving from China in the last month ensuring they register with a doctor. In line with Foreign and Commonwealth Office advice, the university is advising that staff and students don’t travel to this area’. 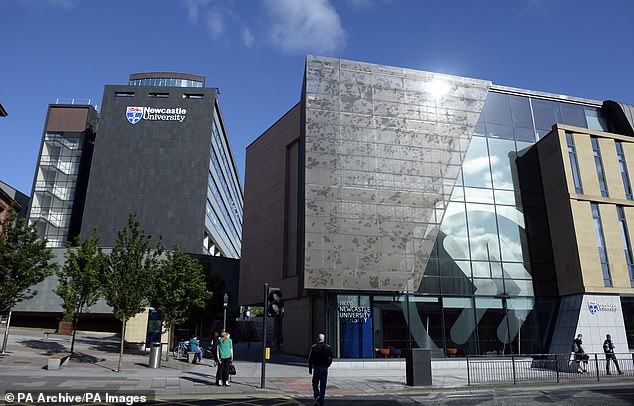 An undated file photo shows a general view of Newcastle University. Newcastle University revealed it had 300 students from Hubei. A spokesman said: ‘We have arranged a dedicated health event for any student arriving from China in the last month ensuring they register with a doctor

Manchester and Liverpool have the biggest numbers of Chinese students – 4,940 and 4,905 respectively, according to 2017/18 figures.

Last night Edinburgh University did not deny reports that at least one of the suspected coronavirus cases tested in Scotland was its student.

Professor Jurgen Haas, head of infection medicine at the university, said: ‘We have more than 2,000 students from China… so we are relatively sure we will have cases in the UK from travellers coming back from China.’

Other universities revealed a raft of measures, with Chester telling its students that if they return home for Chinese New Year on Saturday they will not be re-admitted without a quarantine period.

Yesterday, a string of Scottish universities said they had links to the affected area in China and were monitoring the outbreak. A University of Aberdeen spokesman said: ‘The university is aware of five members of staff who have visited Wuhan during the outbreak, four of whom returned to the university three or more weeks ago. The remaining member of staff has a non-teaching role and is working from home as a precautionary measure.’ 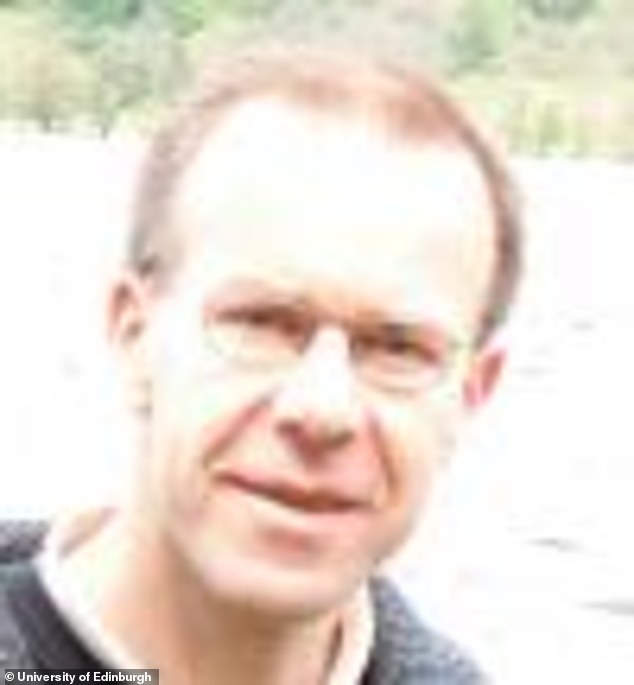 Professor Jurgen Haas (pictured), head of infection medicine at the university, said: ‘We have more than 2,000 students from China… so we are relatively sure we will have cases in the UK from travellers coming back from China’ 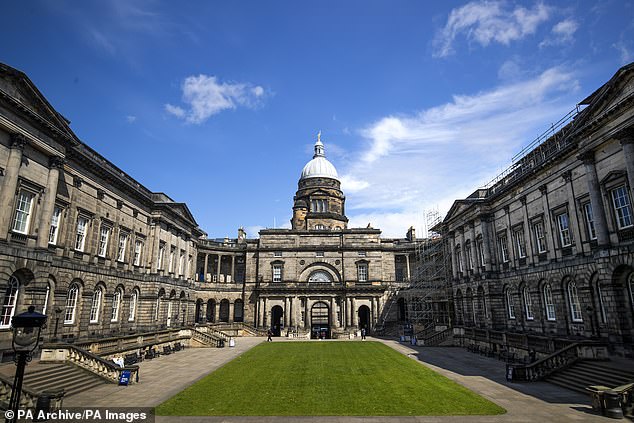 An undated photo shows a general view of Edinburgh Old College. Last night Edinburgh University did not deny reports that at least one of the suspected coronavirus cases tested in Scotland was its student.

A spokesman for the University of Dundee said 34 students from Wuhan were enrolled, having travelled to the UK in September. A spokseman added: ‘Five staff returned from a visit to Wuhan last week. Again, no health concerns have been raised at this time.’

Meanwhile, Birmingham City University, which runs the Birmingham Institute of Fashion and Creative Art (BIFCA) in Wuhan together with a local university, said of its 44 faculty staff members, only three were currently there and had been moved to ‘alternative accommodation for their own welfare’. 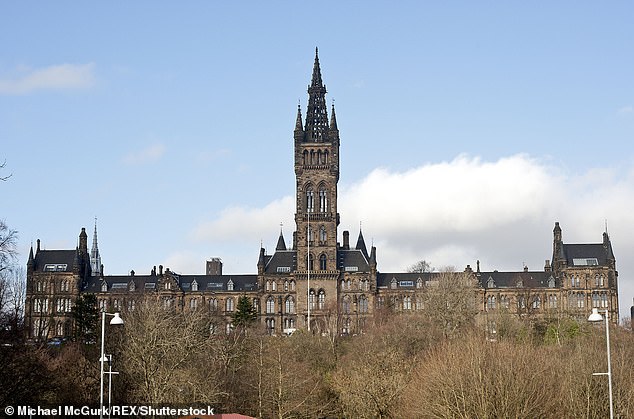 A spokesman said: ‘All courses in Wuhan are currently closed as part of Chinese New Year celebrations and, as the health and safety of our community is of paramount importance to us, the return period is now under review while we ensure that it is safe for our staff and students to return to the site before teaching resumes.’

As well as receiving students in their thousands, British universities have been striving to deepen ties with institutions in China itself.

Wuhan, the coronavirus epicentre, is well-known for its education system, and is home to some of China’s most respected universities and research institutes.

Private schools, many of which also have large contingents of Chinese students, also issued guidance. The Boarding Schools Association (BSA) ‘schools might wish to consider planning for the eventuality that some boarders either cannot or choose not to travel home at half-term or, more likely, Easter’.

The British Council, which offers English language around the world including in Wuhan, confirmed they had suspended operations in the city.

Meanwhile, GPs have been told to shut patients in a room and continue the consultation over-the-phone if they suspect they have coronavirus.

The stark guidance from Public Health England urges them to ‘withdraw from the room, close the door and wash your hands thoroughly with soap and water..’

Patients must not use ‘communal toilets’ – although most surgery toilets are communal – and GPs must seek further advice from the local health protection team. 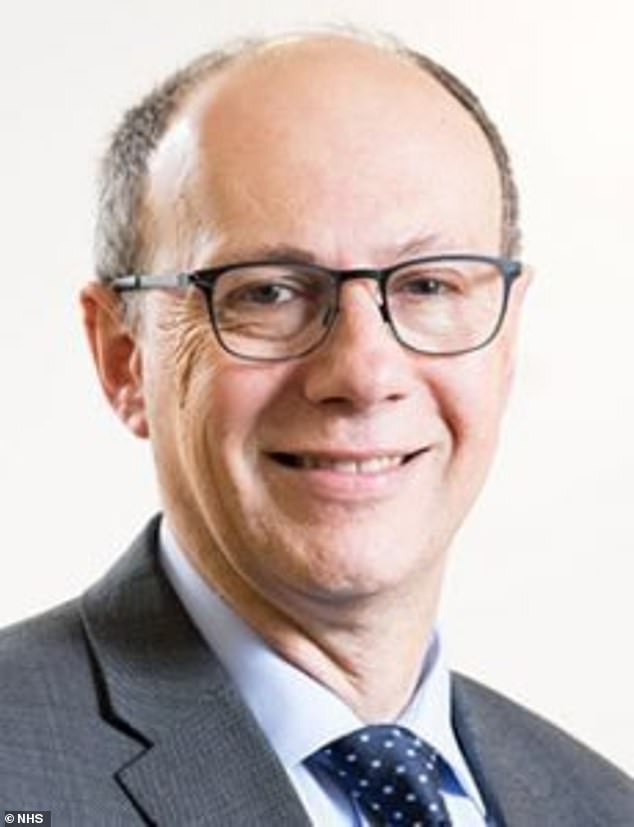 The memo informs doctors: ‘Advise others not to enter the room. If a clinical history still needs to be obtained or completed, do this by telephone.’

Receptionists meanwhile should ask about patients’ ‘travel history’ when they check in to establish if they have recently visited Wuhan, the Chinese city at the centre of the outbreak.

If patients have been to this city within the past few weeks and they have symptoms, they should be ‘placed in a room away from other patients and staff.’

Last night separate advice was issued to thousands of frontline NHS staff warning that the spread of the disease might ‘amplify’ during the Chinese New Year celebrations. 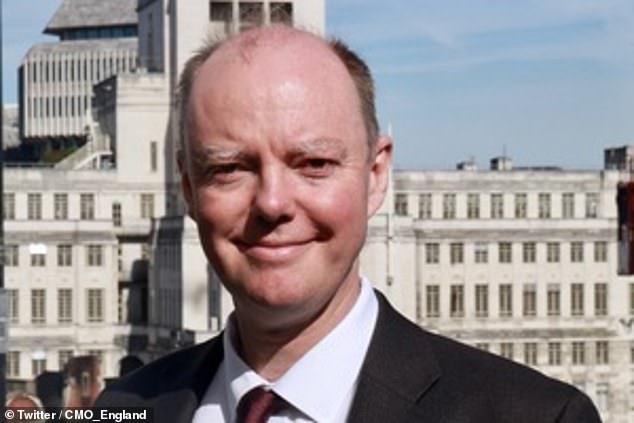 These are to ‘identify’ cases quickly, ‘isolate’ them, ‘avoid’ physical contact and seek ‘specialist advice’ from an infectious disease expert.

The letter states: ‘The annual Chinese New Year celebrations are imminent (start 25 January 2020); this typically involves the mass movement of people both within and outside China and may amplify transmission.’

The Chinese New Year starts on Saturday although the travel season has already begun and will run for 40 days until 15 February. An estimated three billion passenger trips are likely to be made over this period and it has been described as the largest annual human migration in the world.