A SON'S savage obituary to his mum has gone viral after he paid tribute to his "plus-sized, trash-reading redneck" parent.

Andy Corren described his mum Renay, who died on Saturday aged 84, as a "bawdy, fertile, redheaded matriarch" in a hilarious final salvo. 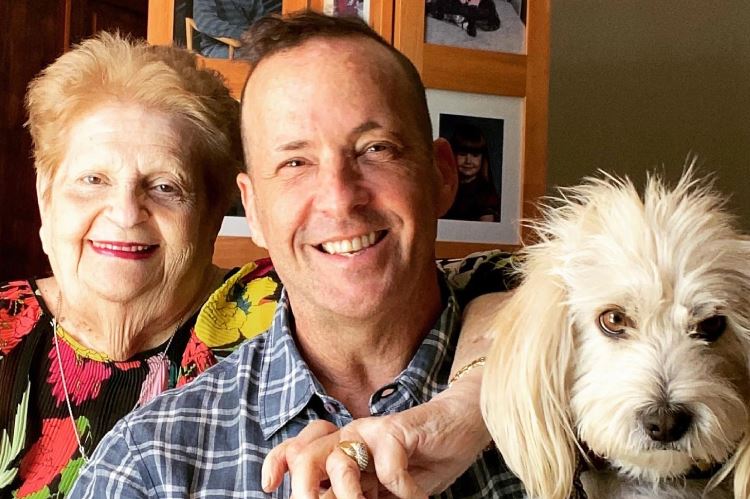 The lengthy eulogy, which was published in The Fayetteville Observer, both slammed and praised Renay's eccentric approach to life and parenting.

Andy said the 84-year-old was the parent of "a sprawling Jewish-Mexican-Redneck American family" who had "kicked it", which wasn't good news for her "many surviving children, grandchildren and great-grandchildren, many of whom she even knew and, in her own way, loved."

He went on to say there would be "much mourning in the many glamourous locales she went bankrupt in" such as her hometown of McKeesport, Pennsylvania, where Renay "first fell in love with ham, and atheism" and in Fayetteville and Kill Devil Hills, North Carolina, where "Renay’s dreams, credit rating and marriage are all buried".

Andy said he'd be treating his mum's death with "the same respect and reverence she had for, well, nothing," as he claimed that "a more disrespectful, trash-reading, talking and watching woman in NC, FL or TX was not to be found".

Reflecting on his mum's achievements, amongst which he said included being the "11th or 12th-ranked woman in cribbage in America" in the 1980s, which he acknowledged was most likely a lie.

"She also told us she came up with the name for Sunoco, and I choose to believe this, too. Yes, Renay lied a lot," he said, adding that although she was "lousy with money", and didn't cook or clean that his mum was good at other things such as "dyeing her red roots, weekly manicures, dirty jokes, pier fishing, rolling joints and buying dirty magazines".

"Hers was a bawdy, rowdy life lived large, broke and loud," he continued.

In the uncouth tribute, Andy acknowledged Renay's death had been a shock as many believed she could "not be killed".

"Renay has been toying with death for decades, but always beating it and running off in her silver Chevy Nova," he recounted.

He said his mother is survived by a trailer load of family members including "her favourite son, the gay one who writes catty obituaries in his spare time, Andy Corren, of – obviously – New York City" and her two "beloved granddogs, Mia and Hudson".

He ended by saying there would be a "very disrespectful" memorial in Fayetteville in May 2022.

Andy joked his family "requests absolutely zero privacy or propriety, none whatsoever, and in fact encourages you to spend some government money today on a one-armed bandit, at the blackjack table or on a cheap cruise to find our inheritance," of which there is none, as he claimed "She spent it all".

Despite the savage but hilarious take-down of his mum, Andy ended his tribute on a more tender note.

One person tweeted: "The obituary bar has been raised. What a tribute."

"One could only hope for an obituary this magnificent," added another.