Oh nuts! Squirrel sneaks into bin to steal sunflower seeds and then eats so many that it struggles to squeeze out again

A man has captured the amusing moment a sneaky squirrel was unable to escape from a stash of sunflower seeds it had broken its way into.

It got into a tight squeeze after breaking into a bin filled with sunflower seeds and eating more than half the contents inside.

The squirrel made an opening in the garden storage bin of photographer Roy Rimmer from Wigan, Greater Manchester and found the bulk buy sunflower seeds that he feeds to the birds. 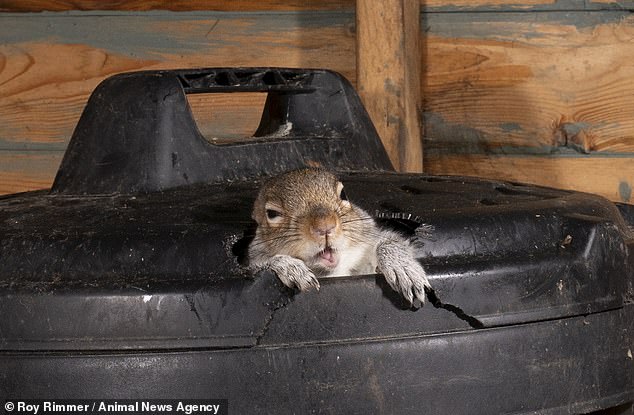 ‘It was really funny to watch because he had eaten so much he really struggled to get out of the hole he had made to get in.

‘It took him a few minutes to actually get out of the bin, I even had time to grab my camera.

‘When I looked into the bin afterwards it was half full I couldn’t believe it.

‘I was amazed at the lengths he went to.’ said Roy, 67, who lives in Wigan Greater Manchester.

Roy has now put a tin lid on his bird seed to tub to prevent any further squirrel antics.

‘I couldn’t believe the size of the hole.’ He added. 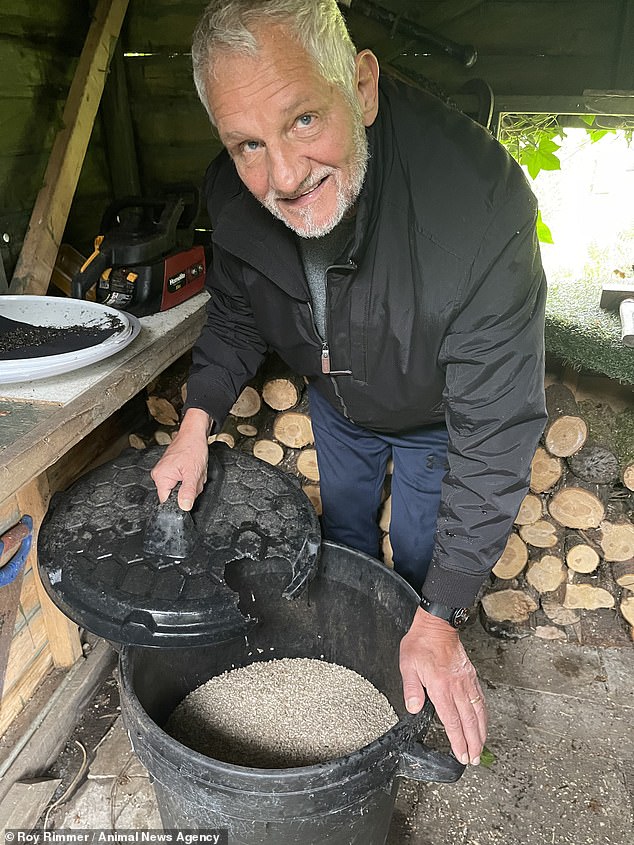 ‘I was amazed at the lengths he went to.’ said Roy, 67, who lives in Wigan Greater Manchester 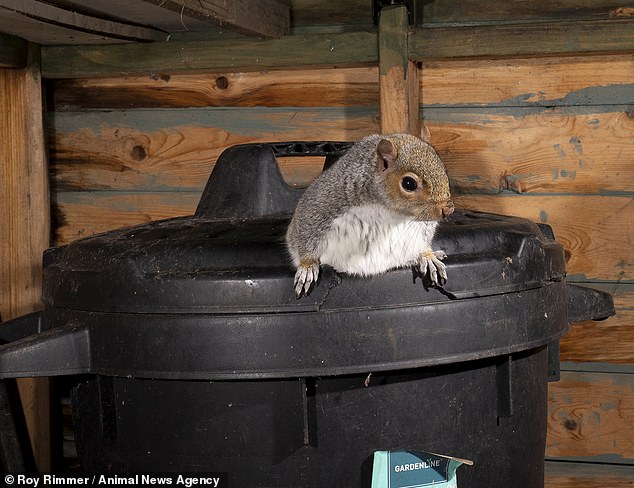