Students ‘take action’ with overhaul of civics and citizenship lessons

Students have taken control of the teaching of civics and citizenship in Victorian classrooms, producing videos and other learning resources showing how young people can “take action” to change society through their participation in democracy.

After the Victorian Student Representative Council – the peak body for the state’s students – voiced concern that young people were disengaged from politics, the Andrews government invested $747,000. Over the past two years the council has used the money to develop learning tools that will be used by students from years 3 to 10.

“You don’t need to want to be a politician in the future to have an interest in being a part of your community and having a voice,” said Ahelee Rahman, a member of the council’s civics and citizenship working group and a year 11 student at Melbourne Girls Grammar.

Ahelee said the students who worked on the project had set out to create materials that would cut through many students’ sense that politics is irrelevant.

“In our generation there is a bit of a disconnect with politics and people thinking that it might be a bit boring or not very relevant,” she said.

Civics and citizenship is embedded in the curriculum, but national research published this year shows most year 10 students lack a sound grasp of how to be active and informed citizens. 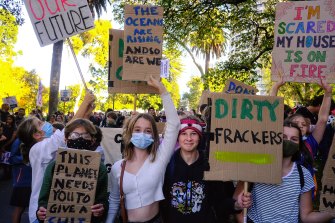 Thousands of people, many of them students, took part in a School Strike 4 Climate rally in Melbourne in May. Credit:Luis Enrique Ascui

The NAPLAN survey of Australian students’ knowledge of democracy, civic processes and institutions found just 38 per cent of year 10 and 53 per cent of year 6 students met the benchmark for proficiency.

Rumaan Baryalai, another working group member, said the resources reflected the fact students had wildly varying experiences of being taught about civics and citizenship.

“The VCAA doesn’t tell schools how to teach civics and citizenship; they just tell them what to teach,” he said. “I personally had a decent experience, but I have a lot of friends who didn’t.” 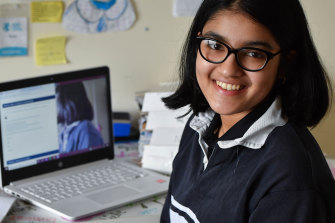 Mr Brodie-Mackenzie, who teaches at University High in Parkville, said his students were passionate about issues including consent and the climate crisis.

“Certainly at Uni High, when there were the climate protests in 2019 the school was empty,” he said.

“It’s then on us to associate that activism with civics, to show that it is relevant to their lives now and just because voting doesn’t happen until you’re 18, doesn’t mean you can’t be a citizen now and participate in a formal sense.”

Scott Duncan, the assistant principal at Lalor East Primary School, said students typically began to take an interest in issues in the wider world – such as the environment or refugees – by the time they were in years 5 and 6, but did not see themselves as agents of change.

“I think that it’s great that it’s young people driving the conversation and the questions in these new resources, so it’s not old people telling young people how things should be,” he said.

The resources focus on five topics: voting, active participation, citizenship, policy, and the media’s influence on the political environment. There are videos of students interviewing experts and other students about their views and experiences.

Get a daily update on the climate summit that will shape our future. Sign up to our Clear Air newsletter here.