Mayhem unfolded during the Tuesday morning commute at the 36th Street subway station in Sunset Park after a shooting on board a Manhattan-bound N train left 29 injured, 10 of which were gunshot victims. 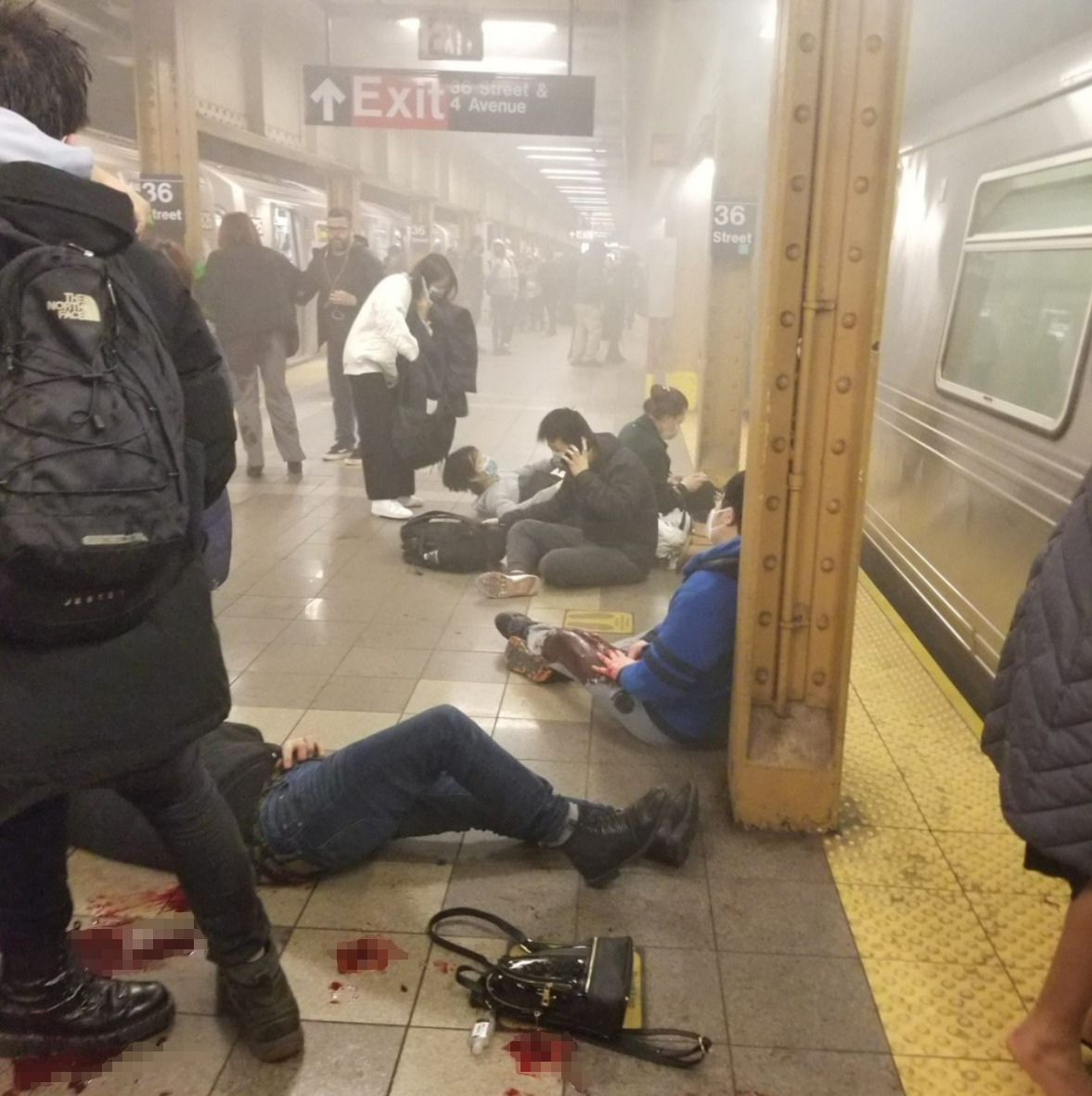 In a series of images released by NYPD officials, James is pictured at one of the city's 472 stations.

In another shot, the suspect appears to be grinning as he emerges from another station.

Straphanger Fitim Gjeloshi, who was on board the N train, said he came face to face with the shooter and was targeted by the gunman.

Gjeloshi boarded the N train just before 8.30am in Brooklyn when he noticed the suspect sitting in the corner, mumbling to himself. 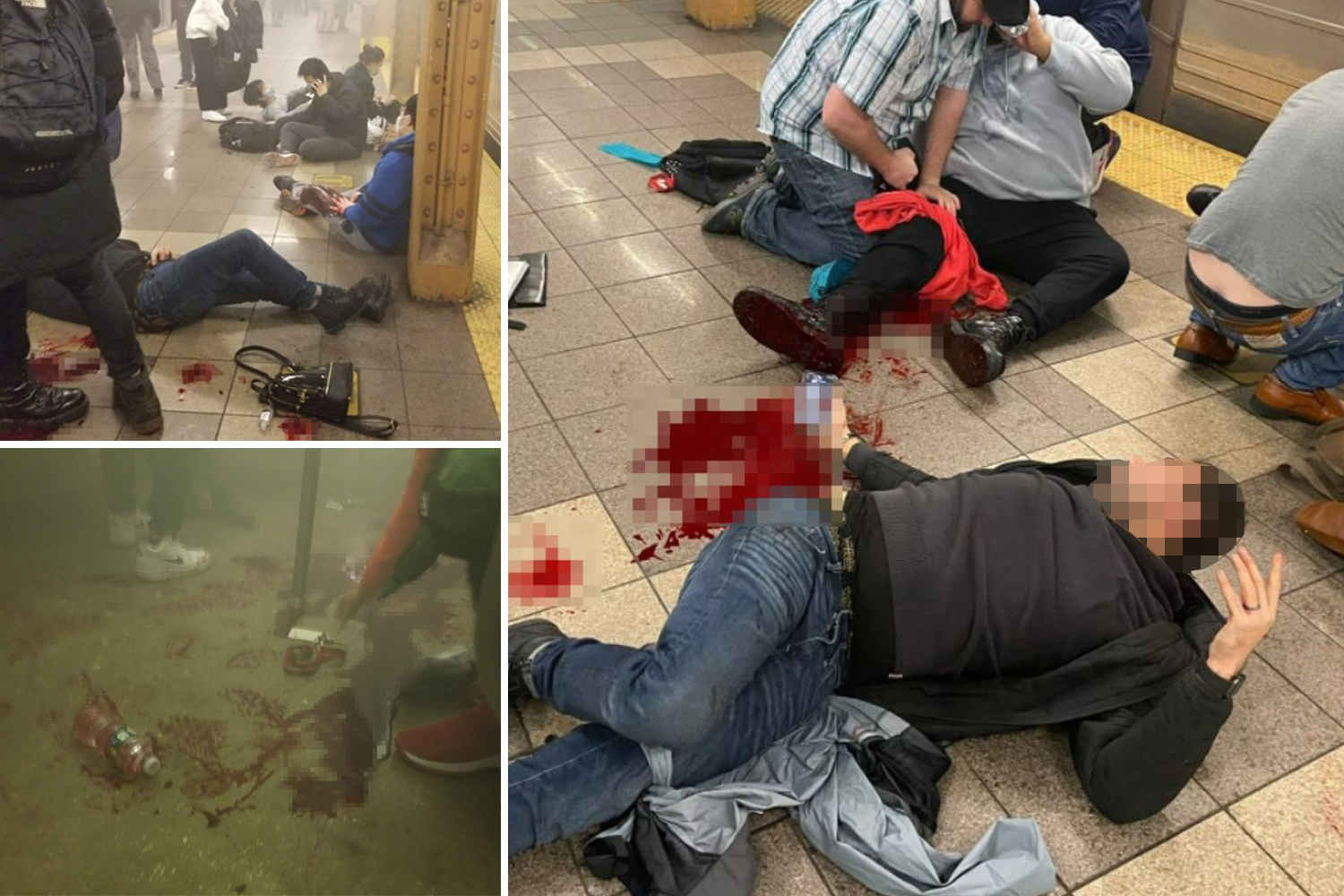 When the train briefly stopped underground after leaving the 59th Street station, the suspect suddenly whipped out a gas mask, Gjeloshi recalled.

“When [the train] was about to hit 36th Street, we stopped for 5 minutes. He takes out a gas mask from one of his little luggage[s],” the train rider told the Post.

“He opened one of his gas tanks, and he said, ‘Oops, my bad.’ He pulls out an ax, he drops it, he takes a gun out, he starts shooting.”

a lotte of tricks

Gjeloshi claimed the gunman shot at him first but dodged the bullet and emerged unharmed.

“One guy gets shot right next to me. He says, ‘Help! Help!,’” the straphanger recalled.

“I tell some person to help him out, cover the blood for him. I jump over, I bang the door and I kicked it with my leg.

FRANK JAMES NAMED AS A SUSPECT

On Wednesday, NYC Mayor Eric Adams said officials are now considering James, 61, as a suspect and not a person of interest as previously stated.

The New York City Police Department later confirmed the mayor's statement by tweeting a series of pictures of James and asking the public for information about the incident or his whereabouts.

James is described as about 5 feet 5 inches tall, heavily built, and was last seen fleeing the scene wearing a gas mask, an orange and green nylon construction vest, and a gray sweatshirt.

The NYPD said the incident is not being investigated as an act of terrorism yet.

NYPD Commissioner Keechant Sewell said that as the train pulled into the station, the suspect put on a gas mask, pulled out a gas canister from his bag, and began shooting as the car filled with smoke.

"The train at that time began to fill with smoke, he then opened fire, striking multiple people on the subway and on the platform," Sewell said.

The latest violent episode comes amid fears about public safety as New York City struggles to recover from the pandemic.