The imminent trial of former Australian Taxation Office employee Richard Boyle has thrust the issue of whistleblowing back onto the national agenda and prompted calls for Attorney-General Mark Dreyfus to drop the criminal charges against the former public servant.

Boyle raised concerns in 2017 about the ATO using aggressive tactics to pursue taxpayer debt, including a practice known as garnishee notices, which allows the ATO to seize funds from the bank accounts of Australian taxpayers without notice or consideration of their circumstances. 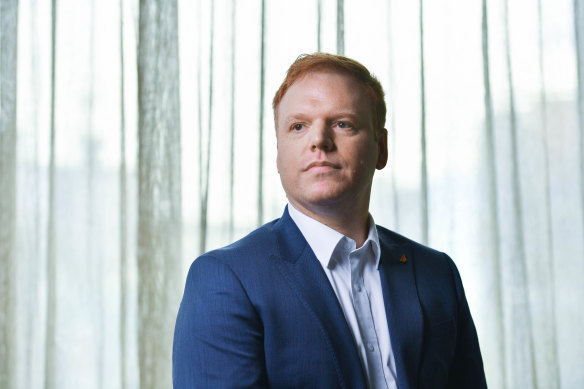 After going through the proper internal channels and having his complaint rejected, he took the story to the media. He is now facing 24 charges including telephone tapping, recording of conversations without the consent of all parties, making a record of protected information and in some cases passing that information to a third party. If convicted, he faces prison.

Boyle sought protection under the relevant legislation, the Public Interest Disclosure Act so he could publicise the allegations, keep his job and avoid prosecution for telling the truth. So far, that bid has failed. Next month he will ask the District Court in Adelaide for a declaration that, under the Act, he is immune from criminal prosecution.

Last week, Boyle filed an affidavit in the case detailing new allegations about how the tax office pursued people over debts, saying the office frustrated his endeavours to help a taxpayer who was “losing the will to live” under the pressure of their pursuit.

His case threatens to expose a fresh fault line in the battle for integrity in Australian politics, with calls for an independent whistleblowing authority to sort out where the public interest in disclosure lies.

Three inquiries have vindicated the importance of the revelations about the ATO. Boyle claims his disclosures were all made in the public interest and that whistleblower protections should apply. Dreyfus has repeatedly refused to intervene on his behalf.

Former independent MP Rex Patrick said it was “a problem for our integrity within our democracy” that genuine whistleblowers such as Boyle faced prosecution. “While there has been this pursuit against whistleblowers, these high-profile prosecutions, no one in the public service would in their right mind ever blow the whistle,” he said.

As for Boyle, he would become “a political prisoner” if convicted, and if Dreyfus did not intervene, he would be shown to be “weak and cowardly”.

“One day [Dreyfus] will regret not intervening,” Patrick said. “I don’t think many Australians will appreciate a person being put in jail for doing the right thing.”

Patrick said the case of Defence whistleblower David McBride, who is also being pursued by federal prosecutors for blowing the whistle about war crimes allegedly committed by Australian soldiers in Afghanistan, was so far the only individual being prosecuted over those alleged killings. 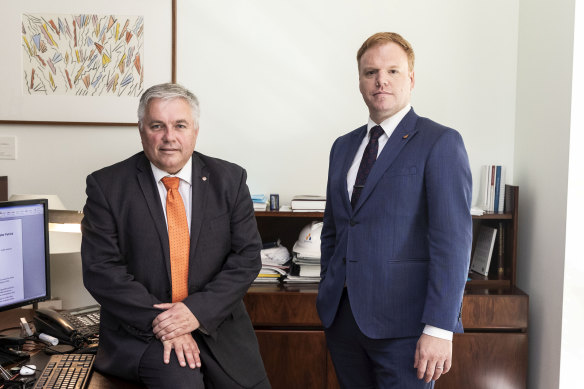 Patrick in his office with Boyle at Parliament House.Credit:Dominic Lorrimer

Compared to other prominent whistleblowers, Boyle took a careful approach. He first made a public interest disclosure to the tax office, which was investigated internally then rejected. Then he took it to the Inspector-General for Taxation. Only after that did he go public.

“Boyle’s whistleblowing has been vindicated by three separate independent inquiries,” says Kieran Pender from the Human Rights Law Centre. “But Boyle now faces the prospect of years in prison, for speaking up in the public interest, in a manner he thought was protected by whistleblowing law.”

“Some of the gravest wrongdoings in Australia have been exposed, and addressed, thanks to brave Australians speaking up. Yet in recent years Australian whistleblowers have been silenced through legislative inaction and civil and criminal legal proceedings.”

Pender and Patrick are urging Dreyfus to drop the prosecution and establish better whistleblower protection laws. Griffith University professor of public policy and law A.J. Brown, who is also a board member of Transparency International, has researched Australia’s whistleblower laws, finding they need reform.

He said cases like Boyle’s prove the need for an independent whistleblowing authority to sort out where the public interest in disclosure lies, rather than the only avenue being the long, damaging and costly processes of the courts.

“It’s no surprise that people walk away after blowing the whistle and that they suffer serious detriment to their lives and careers, especially when they don’t have the resources to fight for justice for themselves,” he said.

Brown found that managers and governance professionals involved in more than 1300 whistleblowing cases in 33 public and private sector organisations across Australia and New Zealand said that more than half of the public interest whistleblowers who suffered serious consequences received no remedy at all, and only 6 per cent received any compensation.

The Attorney-General’s office said he would not be making comment while the matter was before the court.