Britain’s pesto lovers have been hit by a hike in its price in the wake of a supply crisis sparked by peanut contamination fears, according to a new report yesterday.

The latest research shows that supermarket giants Tesco and Waitrose have increased the price of Sacla pestos amid a major shortage driven by contamination concerns which surfaced last month.

The crisis began in December when market leader Sacla recalled a total of 19 products after discovering cashew nuts used as an ingredient from an external supplier may contain traces of peanuts. 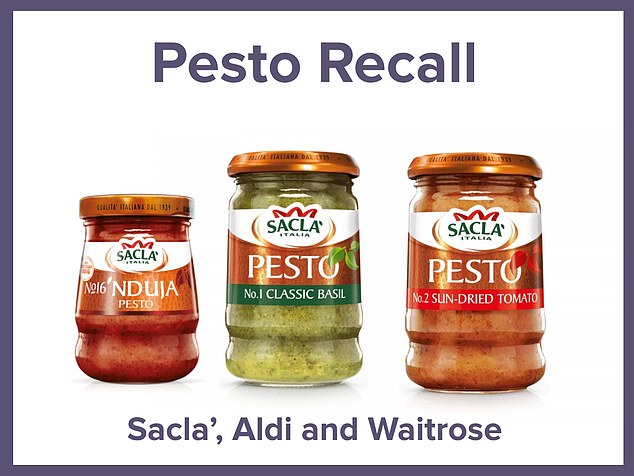 It was followed by similar recalls of own-label pestos by Sainsbury’s and then Tesco.

The recalls have resulted in a nationwide pesto shortage with some stores having stopped stocking the popular pesto altogether.

Trade magazine The Grocer said that supermarket pesto stocks have been annihilated in the past few weeks after a swathe of product recalls from Sacla.

The recalls have affected Aldi and Waitrose own-label products as well as Sainsbury’s and Tesco, which shared a cashew supplier with Sacla.

Research by the magazine showed that out of the few 190g jars of pesto that remain on shelves in Waitrose and Tesco, prices have risen. 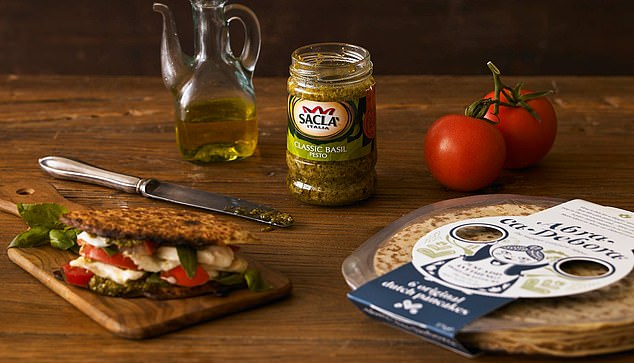 At the same time four Sacla products in Waitrose have been increased in price from £2.50 to £2.70 over the past fortnight.

When asked why prices had risen amid the current shortage, a Waitrose spokeswoman told The Grocer: ‘Since 2010 we have price-matched products against Tesco and the pricing of these products has been increased to reflect market changes. ‘

A Tesco spokesman told the magazine that it had raised the price of the pesto in question as a result of price-matching rather than anything to do with the current supply crisis.

However, The Grocer reported that neither Asda or Sainsbury’s have increased the price of Sacla pestos since the crisis kicked off. In addition, Morrisons has not changed the price of any Sacla products on its shelves.

Carina Perkins, managing editor of The Grocer said: ‘ Pesto lovers are having a tough time. ‘

She said that the product recall had led to shelves being left bare and supermarkets hiking prices on the few unaffected pesto lines. ‘ It has forced Brits nationwide to rethink their weeknight pasta rituals ‘ she said.

Shoppers at Asda are facing a more expensive big night in after the supermarket chain ramped up the price of dozens of popular pizza products, according to a new report yesterday.

The latest research shows that the cost of chilled and frozen pizza and garlic bread is up 1 per cent year on year across Tesco, Sainsbury’s, Asda, Morrisons and Waitrose. It means the average product price has risen by 3p to £2.48.

But trade magazine The Grocer says that this increase has largely been driven by Asda’s average price rises of an average of 15p per item. The retailer has upped the cost of around 40 own-label pizzas, as well as a small selection of Goodfella’s pizzas and own-label garlic bread products.

The increases come after The Grocer reported in December that an assortment of Asda’s frozen range of own-label deep pan pizzas had been made smaller without any corresponding reduction in price. Asda’s frozen Deep Pan BBQ Chicken Pizza shrank from 390g to 352g while the price remained 95p – and its Deep Pan Meat Feast actually became 2p more expensive at 95p after shrinking from 390g to 349g.

An Asda spokesman told The Grocer: ‘ We offer a large selection of pizzas – including our new vegan pizza which launched this week – and have something to suit all tastes and budgets.

‘ We are passionate about keeping prices low for customers and with pizzas starting from just 70p, our range, quality and value is market-leading. ‘

A Goodfella’s spokesman told The Grocer: ‘ Last year we invested significantly in renovating and innovating across our core ranges, including Deep, Thin and Takeaway with the aim of improving product quality.

‘ The updates we made included the addition of more cheese, improved sauce and topping weights and a more rustic and natural dough finish.

‘ The enhanced product quality is reflected in the price of our products, which have been updated to help drive value into the frozen pizza category. ‘

The magazine said that means Goodfella’s Takeaway Slice N’Share Fully Loaded Pepperoni pizza is now £3.50 in Tesco, Asda and Morrisons, having gone up as much as 50p.