A report by the Resolution Foundation – which is run by a former adviser to Ed Miliband – said the buy-to-let boom was reducing the number of homes available for young people to buy.

It said that while the number of Britons with second homes had soared to 5.5million, with their extra homes worth £1trillion, young people were struggling to get on the housing ladder. 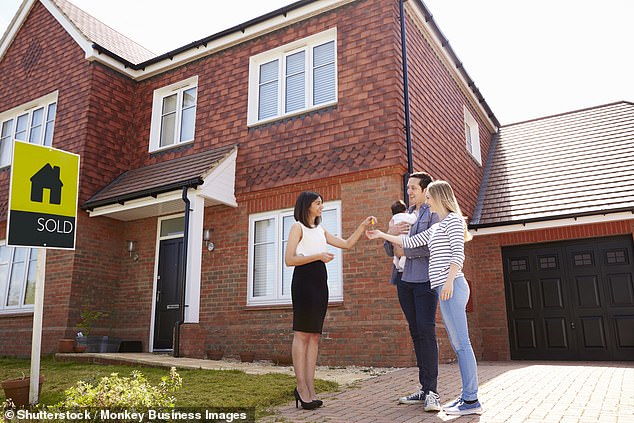 The foundation’s report found the number of Britons who own a second home, buy-to-let or overseas property has doubled since 2001. While the number of millennials who own a home continues to fall, one in ten people now own an additional property [File photo]

But yesterday critics pointed out that the rise in second home ownership had been driven in part by Labour’s decision to raid pensions in 1997.

When he was chancellor, Gordon Brown abolished the tax relief pension funds earned on dividends from stock market investment.

The decision has been blamed for ending final salary pension schemes, which in turn has forced many middle-class people to look elsewhere to protect their incomes in retirement. 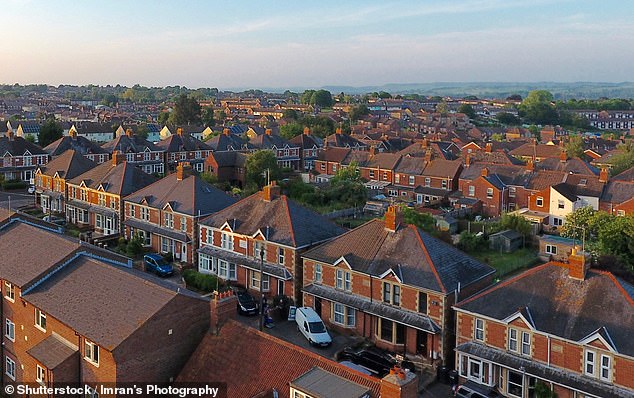 John O’Connell, of the TaxPayers’ Alliance, said: ‘There is nothing wrong with people owning assets to ensure their financial well-being. Who can blame them for doing so?

‘Especially after Gordon Brown taxed them for being responsible and raided their pensions. Ultimately we need to build more houses, not punish people for doing the right thing and preparing for their future.’

The Resolution Foundation was established in 2005, and its present director is Torsten Bell, a former senior adviser to Ed Miliband.

The foundation’s report found the number of Britons who own a second home, buy-to-let or overseas property has doubled since 2001.

While the number of millennials who own a home continues to fall, one in ten people now own an additional property.

Wealth from owning a second home has risen since 2001 to almost £1trillion.

‘The sheer scale of additional property wealth is an important driver of rising wealth gaps,’ said George Bangham, policy analyst at the foundation.

‘While young people in particular are less likely to own their own home than previous generations, those that do own are more likely to have more than one property.’

Even a cursory glance at headlines about second home ownership in Britain this weekend, and you’d be forgiven for thinking that we’re a nation of multiple property owning plutocrats intent on blocking the rungs of the housing ladder for younger generations.

Not only that, our property greed is driving the ‘rising wealth gap’ across the nation.

That’s certainly what the left-leaning think-tank, the Resolution Foundation – led by a former New Labour apparatchik by the way – would like us all to believe.

The Guardian duly obliged, thundering in disapproval that ‘One in ten British adults now owns a second home’.

This fits right into a Labour Party narrative that property and land – more of the latter later – must be taxed until the pips squeak.

But hang on a minute. Closer reading of the 28-page report, Game of Homes, and a very different reality to the original interpretation emerges. 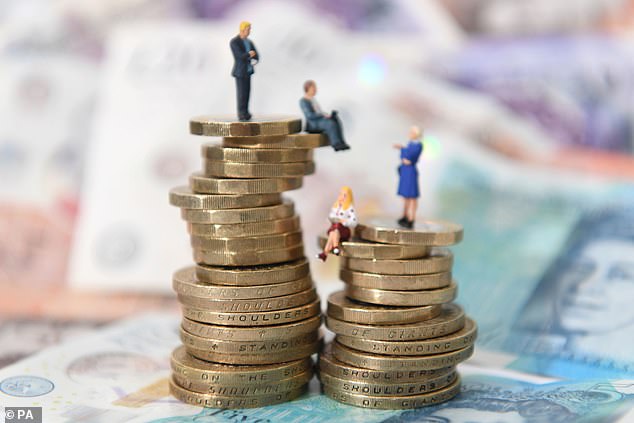 Buyers are also stretching their budgets more than ever to get on the property ladder – borrowing a record 3.64 times their salary on average, according to trade body UK Finance [File photo]

Yes, in the near two decades since 2001 some 5.5million people across Britain have acquired additional property – now worth £1trillion in total – as second homes here or abroad or buy-to-let investments.

During this period the value of these properties rose from £610million to £941million.

But the perception given that this is entirely due to wealthier Britons scooping up property for their personal aggrandisement and pleasure when housing stock is short supply is a blatant distortion of the truth.

What the report shows is that a substantial proportion of this additional property wealth can be explained by ordinary individuals and families purchasing buy-to-let properties (1.9million buy-to-let owners, up 700,000 from a decade ago) as an alternative form of saving for retirement because of our broken pensions system.

And who’s to blame for that? Responsibility for the buy-to-let boom can be placed directly at New Labour’s door.

One of the first actions of the Blair-Brown government when it came to power in 1997 was to tax the dividends paid by Britain’s largest companies into their gold standard final salary pension funds.

Together with a raft of onerous new regulations, the measures effectively destroyed final salary pensions in the private sector (they still exist in government service) as company after company closed their schemes and opted for cheaper solutions.

The damage to private pensions – for millions of ordinary workers across Britain, many of them in the steel and car industries – prompted people to look after their own retirement needs by buying second properties to let.

The returns, in terms of rents, looked good, and should the property’s value increase, there was the possibility of capital gains (although tax would have to be paid on it). There were wider benefits to society, too. Buy-to-let expanded the choice of rental properties which might have otherwise stood still, and created a generation of new, more aspirational landlords.

But there was a downside. The surge in buy-to-let was fuelled by an uncontrolled free-for-all in the mortgage market. It saw new banks such as Bradford & Bingley and Northern Rock lending as if there were no tomorrow. 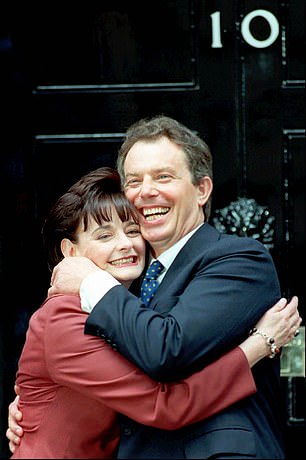 Come 2007-2008, the Brown boom turned to bust when a credit crunch was followed by the global financial crisis.

The reality of buy-to-let today is that this avenue for alternative saving has been virtually demolished as a result of tax changes made by former Tory chancellor George Osborne.

He, for instance, ended the practice under which the cost of maintaining a buy-to-let property could be deducted from rental income, weakening it as a useful way of building a nest-egg.

However, we should not be surprised that the Resolution Foundation is decrying the growth in ‘additional property wealth over the last two decades’ and claiming it has added to inequality across Britain.

In spite of being championed as independent, the tone of its reports, blogs and tweets are very far from that.

The foundation’s relentless claim is that stalling wage growth and widening inequality are hurting families. It seems blissfully ignorant of the fact that real wages (after inflation) are rising at their fastest rate for a decade, and the jobless rate now stands at just 3.8 per cent of the workforce, the lowest level since 1974.

The Resolution Foundation was founded on the back of an endowment from City high flier Clive Cowdery.

He made his fortune by buying up the insurance policies of ordinary middle-Britain savers, bundling them together and selling them on to the highest bidder.

Thus the modest savings of ordinary citizens were passed around among private equity and other financial mavericks like a second hand vase in a flea market, and investment performance suffered as a result.

Yet despite this egregious history the Resolution Foundation feels it has a right to preach to us on the evils of property and income inequality.

The leftist tone of its findings partly reflect the personal views of its chief executive, former director of policy for the Labour Party, Torsten Bell, who once ran the party’s rebuttal unit.

His own tweets reveal endless criticism of free market policies, ranging from buy-to-let and property to the range of tax cut proposals coming from Tory leadership candidates. (Helping to give the foundation an impression of independence is executive chairman, former Tory universities minister David ‘two- brains’ Willetts).

The foundation’s report offers yet another chilling glimpse of Labour thinking on property ownership. Its publication coincides with an equally alarming Labour Party-commissioned document, Land for the Many, edited by green activist and Guardian columnist George Monbiot.

He advocates the creation of a new public development corporation which will compulsorily purchase property at agricultural rather than market prices to ‘build new communities’.

Among other madcap ideas is a proposal that large farms should be repossessed and divided into small holdings – a common practice in socialist countries, from Zimbabwe to Venezuela, where property rights and prosperity have been destroyed and economies brought to their knees. We have been warned.