A 77-year-old man with underlying health conditions has become the third prisoner to die after testing positive for coronavirus.

Another prisoner from HMP Manchester died in hospital on Saturday after also contracting the disease. The 66-year-old was already receiving end-of-life care. 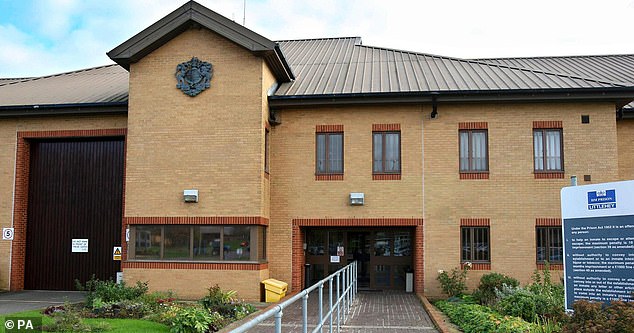 A Prison Service spokesman said: ‘A 77-year-old HMP Littlehey prisoner died in hospital on March 27. Our condolences are with his family at this time.

‘As with all deaths in custody, there will be an independent investigation by the Prisons and Probation Ombudsman.’

As of Monday, 65 inmates had tested positive for coronavirus in 23 prisons.

There are fears Britain’s crowded prisons could hasten the spread of the disease, with inmates who have coronavirus symptoms placed in the same cells as those who have tested positive.

The technique, known as cohorting, has led to concerns that prisoners with conventional flu symptoms risk contracting the more serious condition, reported The Guardian.

Visits to all jails have now been banned by the Ministry of Justice. 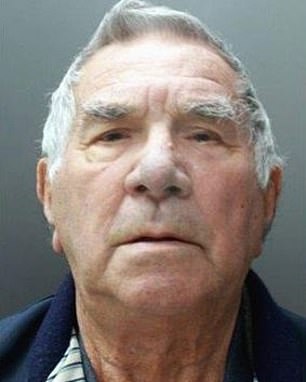 Edwin Hillier (left), 84, from Hertfordshire, was one of the country’s oldest inmates at HMP Prison Littlehey (right) in Cambridgeshire. He was the first UK prisoner to die of coronavirus

The first inmate to die, Edwin Hillier, was jailed for sex attacks on young girls in the 1970s.

He was rushed to hospital with suspected sepsis on Friday March 20 20 but post-mortem results showed he had also contracted coronavirus, which likely caused his death two days later.

A source told The Sun: ‘The real concern is how he picked it up, who else he’s come into contact with and how he died.’

Hillier, from Hertfordshire, was was serving an eight-and-a-half-year sentence for abusing girls in the 1970s.

He was sentenced in February 2016 at St Albans crown court by Judge Stephen Warner, who told him that he had subjected the victims to ‘repeated and systematic abuse’ for his own ‘sexual gratification.’

Hillier, who had received a suspended jail sentence for a sexual offence against a girl in the 1970s, told one of his victims: ‘Nobody believes a 10 year old when she speaks.’

Prosecutor Beverly Cripps told St Albans Crown Court that the offences were first reported to the police in 2002 by the boyfriend of one of the victims. She did not want to proceed at that time, but she eventually made a statement in 2014.

Hillier, a former school caretaker, of Saturn Way, Hemel Hempstead pleaded guilty to attempted rape and indecent assault on one victim who was aged between 10 and 15. 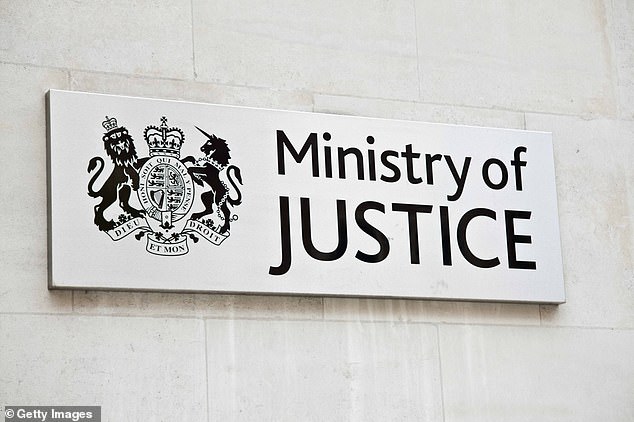 The Ministry of Justice has said that visitors would no longer be allowed to enter the establishments in an effort to keep staff, inmates and families safe

He also admitted two charges of a serious sexual offence (buggery), attempted rape and indecent assault on a girl when she was aged between 7 and 14.

Edmund Vickers, defending, told the judge: ‘He seeks to apologise to his two victims for his appalling behaviour all those years ago. He was in tears in a very difficult police interview. He has done his best to make amends by pleading guilty at the earliest opportunity.

‘He said he was a fully grown man and he should have known better. He said it was his ‘filthy brain.”

After his arrest in November 2014, he said Hillier had tried to take his own life.