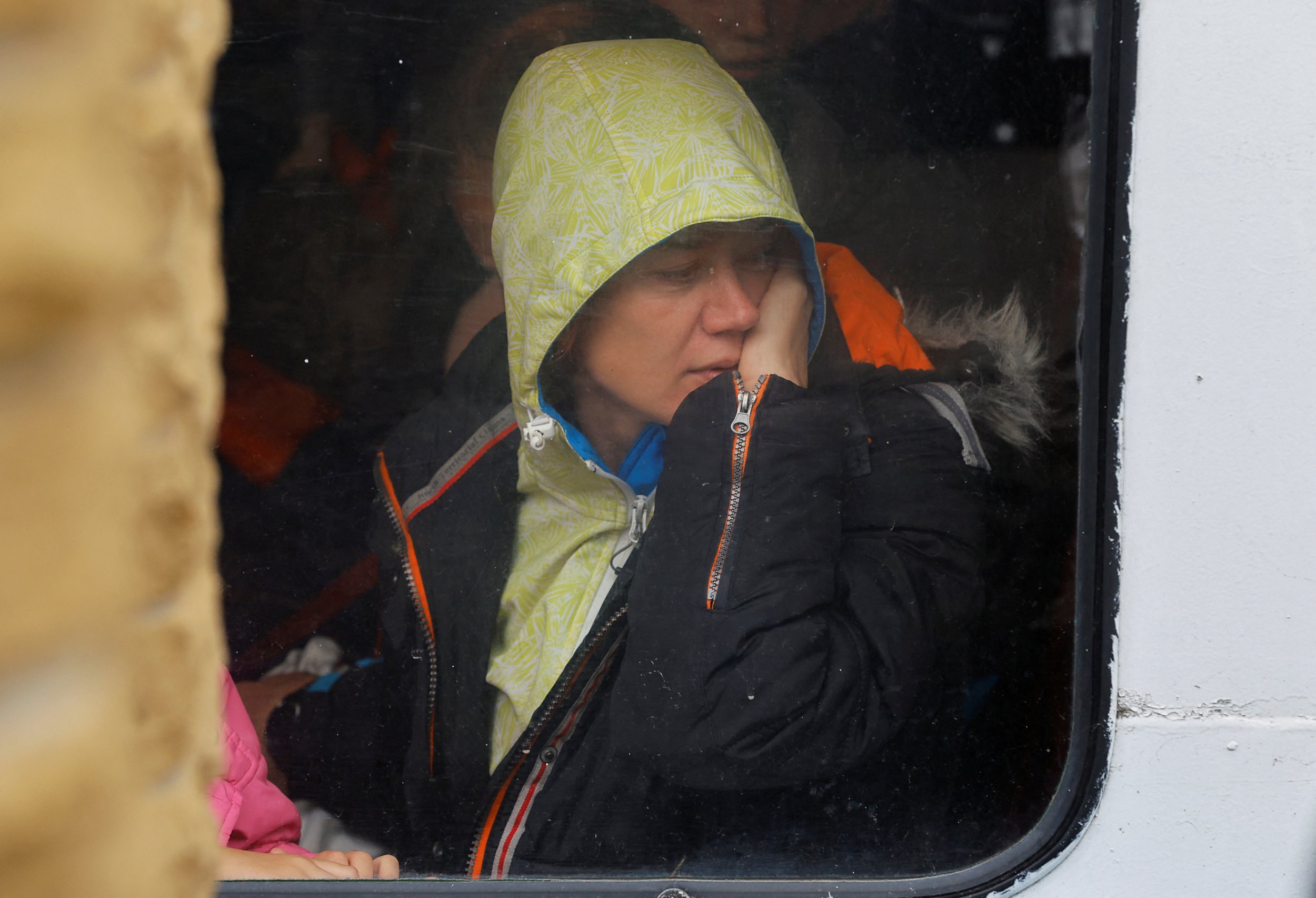 Russian-appointed authorities have ordered residents of the Ukrainian city Kherson to evacuate ‘immediately’ as Ukraine closes in.

Kherson, the capital of the southern region of the same name and one of four illegally annexed by Russia last month, is a key strategic hub in the war.

Ahead of an expected advance by Ukrainian soldiers, the pro-Russia regional administration told people to flee from Kyiv’s incoming ‘terror attacks’.

But one Kherson resident sees otherwise, claiming Russian officials and allies are top of the evacuation list.

They told Sky News today: ‘This is not a civilian evacuation. The collaborators are running away and those who came to help the occupiers.’

‘Among them are teachers and doctors, municipal workers and kindergarten staff. Those who have taken Russian passports.’

Russia warned civilians against the looming threat of shelling and said they needed to leave so Russia could strengthen defensive lines to repel attacks.

Thousands have poured this week onto boat crossings from Kherson across the Dnipro River, which divides the country in two.

But the ordered route moves residents deeper into Russia-held territory and away from Kherson, which the Kremlin has shakily held since the early days of the war.

Tens of thousands of civilians and Russian officials will be moved out as part of the operation, local leader Vladimir Saldo said earlier this week.

He estimated some 50-60,000 civilians would leave in an ‘organised, gradual displacement’.

Ukrainian forces are rapidly advancing along the west bank of the Dnipro in a turbocharged effort to drive Russians back.

The Kremlin poured as many as 2,000 draftees into the region to strengthen front-line, according to the Ukrainian army’s general staff.

But Kyiv battered Russian supply routes across Kherson on Friday as they slowly inched towards Kherson.

And there’s good reason to. Kherson is the only land route to the Crimean peninsula, allowing Moscow to ship supplies like drinking water there.

It’s also where the Kakhovka hydroelectric power plant lies that keeps the southern region’s lights on.

In a sign of Russia’s growing desperation, Moscow is even considering blowing up a dam by the plant on the outskirts of Kherson.

Doing so would buy Russia some time even as it floods the thousands of people living nearby, US think tank the Institute of War suggested Wednesday.

Kherson is among three other provinces illegally absorbed into Russia following a bogus referendum.