London just got more welcoming for two-spirit Native Americans with male and female traits (and a love of expensive cocktails): Trendy Soho House updates website to confirm it is fully LGBTQIA2S+ friendly

It’s an acronym that just keeps growing, as prospective members of the celebrity favourite club Soho House are discovering.

Applicants to the swanky club chain are now asked if they identify as LGBTQIA2S+, which stands for lesbian, gay, bisexual, transgender, queer and/or questioning, intersex, asexual, two-spirit and other. Two years ago, Soho House used only the acronym LGBTQ+ on its website. That was later extended to LGBTQIA+ but it has now added the lesser-known 2S – or two-spirit – which is a term for indigenous North Americans who show both masculine and feminine traits.

It was first coined in 1990 at an indigenous conference in Winnipeg, Canada. It is not known how many of Soho House’s members identify as two-spirit.

According to its website, the question, which is not used to judge applications, is intended ‘to help us better understand the diversity of our membership’. 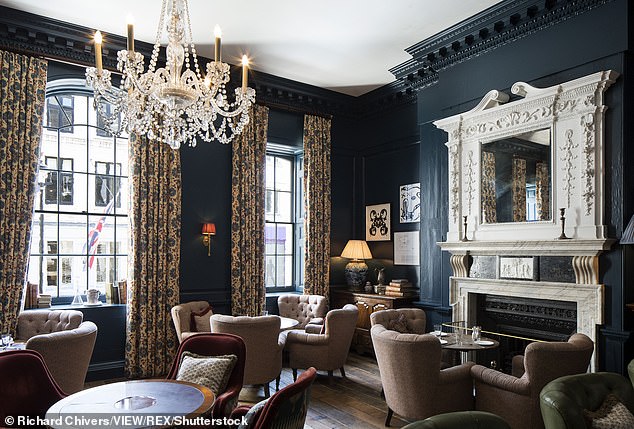 Applicants can answer ‘yes’, ‘no’ or ‘prefer not to say’. Other questions cover gender, pronouns and whether applicants ‘identify as neurodiverse’ – meaning non-standard thinking patterns.

Soho House, originally aimed at those in the arts, politics and media, launched above a restaurant in Central London in 1995. It now has 33 ‘houses’ across Europe, North America and Asia, with four more to open soon – including in Brighton, Copenhagen and Stockholm. Its 100,000-plus members pay £1,100 for access to one branch or £2,500 for access to them all.

A spokesman for the chain said: ‘Soho House has always been an inclusive space for our global members and we believe in offering a greater amount of options to help them best identify and represent themselves.’