President Donald Trump issued his first comments on trade at the start of a tense G20 summit in Osaka – praising ‘magnificent’ Japanese auto plants in the U.S., even  as a trade war with China looms on his agenda.

Trump’s first meeting was with Japanese prime minister Shinzo Abe, who leads a nation that was the nation’s most bitter trade rival during the 1980s. As recently as 2017 when he was first raising the issue of tariffs, Trump was attacking Japan’s trade practices toward U.S. imports.

On Friday in Osaka, Trump praised Japan for ‘sending many companies into Michigan, Ohio, Pennsylvania, North Carolina, a lot of our states’ – mentioning four that also are critical election battlegrounds.

Trump carried Michigan, Pennsylvania, Ohio, and North Carolina – and Democrats are keenly focused on grabbing back Michigan and Pennsylvania as they seek to deny Trump a win in the Electoral College. 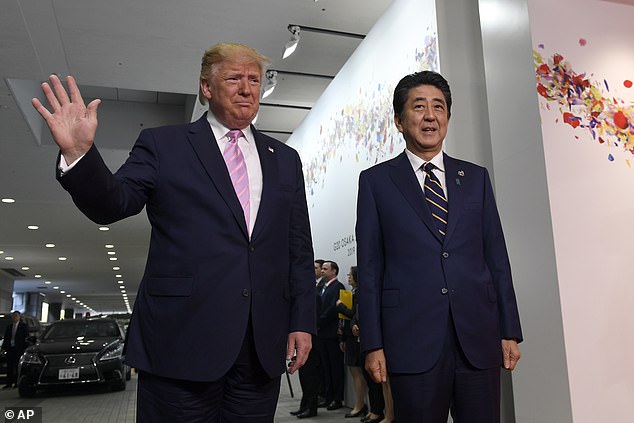 President Donald Trump walks with Japanese Prime Minister Shinzo Abe during a meeting on the sidelines of the G-20 summit in Osaka, Japan, Friday, June 28, 2019

‘I see they’re building all over the United States a lot of the great Japanese car companies,’ Trump said.

Toyota has U.S. plants in Mississippi, Kentucky, Texas, Indiana, and Alabama, while Honda has a big plant in Marysville, Ohio.

He kicked off his first meeting of the summit with an ice breaker, recalling his recent trip to Japan where he awarded a new ‘President’s Cup’ trophy to a Japanese sumo sumo wrestling champion. 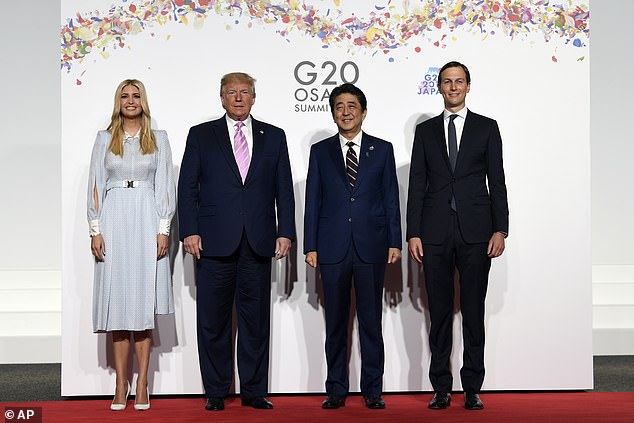 President Donald Trump poses for a photo with Japanese Prime Minister Shinzo Abe and Ivanka Trump and senior advisor Jared Kushner ahead of a meeting on the sidelines of the G-20 summit in Osaka, Japan, Friday, June 28, 2019 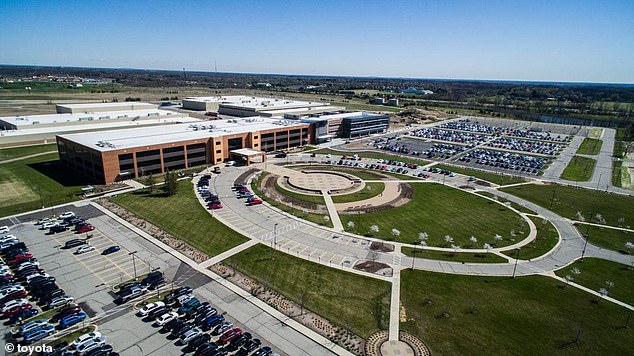 Toyota’s expanded R&D center near Detroit.Toyota Motor has been selling vehicles in the United States for more than 60 years, and has been doing research and development in North America for 40 years. Now, with the completion of a $154 million expansion of its engineering facilities near Detroit, the Japanese carmaker has consolidated much of its U.S. purchasing, vehicle development and powertrain engineering in Michigan. 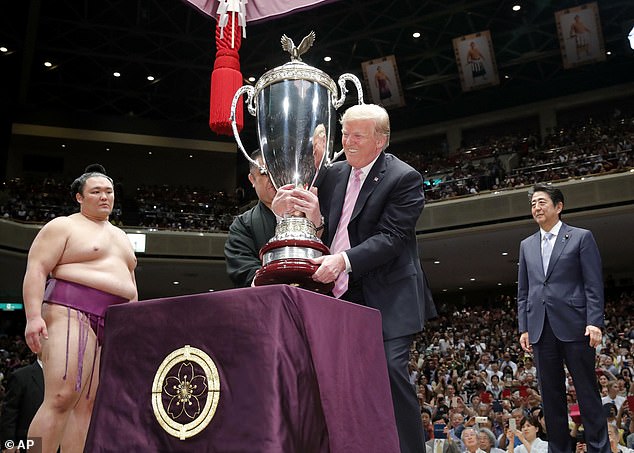 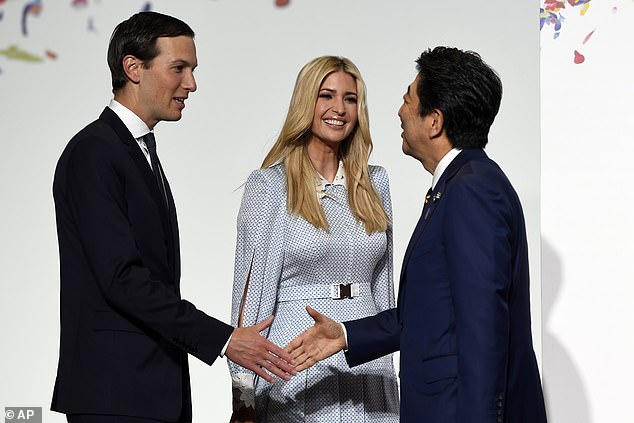 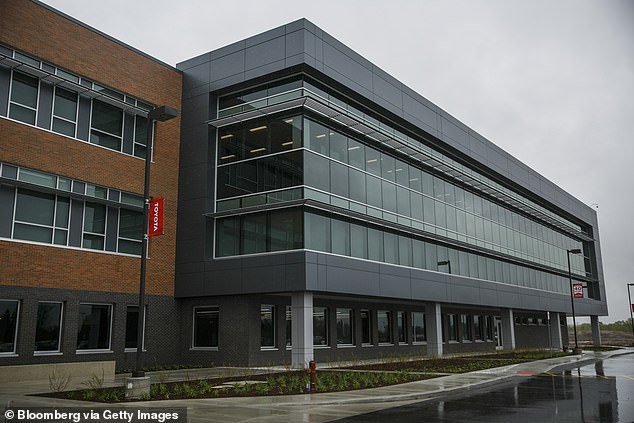 Joining him at his first breakfast meeting were an economic delegation as well as daughter and White House advisor Ivanka Trump and her husband Jared Kushner, who flew in after a trip to Bahrain.

Trump said he and his counterpart would discuss trade and military issues as well as procurement. After last a tense standoff with Iran this month, Trump issued a tweet demanding other importers of Iranian oil do more to protect shipments rather than relying on the U.S. security umbrella.

Trump has also chafed at the current U.S.-Japan treaty arrangement, whereby Japan enjoys U.S. protection if it were to come under attack, hosts a major base at Okinawa, and maintains self defense forces – a legacy of the post-war peace.

‘If Japan is attacked, we will fight World War III. We will go in and protect them with our lives and with our treasure,’ Trump said in a Fox business interview before his trip. ‘But if we’re attacked, Japan doesn’t have to help us. They can watch it on a Sony television,’ he vented.

Back in 2017, Trump complained about Japanese trade practices.

Japan in ongoing trade talks is hoping to persuade the administration to eliminate the U.S. 2.5 per cent tariff on cars imported from Japan. White House negotiators want Japan to roll back tariffs on beef and U.S. agricultural products.

An official White House readout only hinted at the trade and defense tensions beneath the surface.

‘The two leaders discussed shared priorities for the G20 meeting, including their joint efforts to ensure respect for sovereignty, the rule of law, and the principle of free, fair, and reciprocal trade,’ according to an official readout. ‘They reaffirmed their commitment to U.S.-Japan coordination on shared security challenges, including on the Democratic People’s Republic of Korea and Iran. They confirmed their intent to deepen and expand U.S.-Japan alliance cooperation around the globe, including taking steps to maintain the alliance’s technological advantage and bolstering systems to safeguard sensitive information and technology sharing. The leaders also discussed the ongoing U.S.-Japan bilateral trade negotiations.’