UK Covid cases up 20,964 in largest rise for three weeks as another 516 people die BRITAIN has recorded another 20,964 coronavirus cases in the largest daily rise in three weeks. 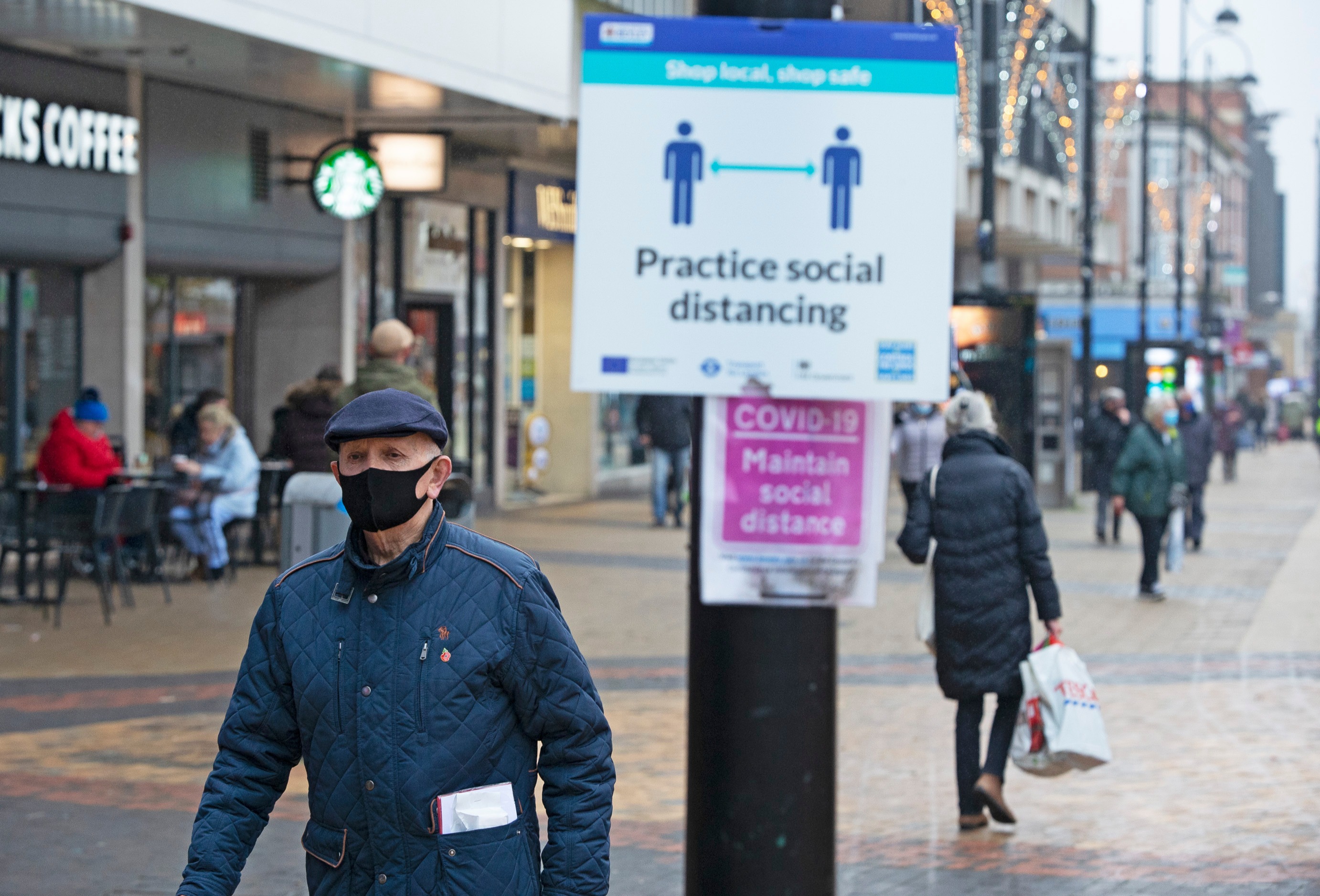 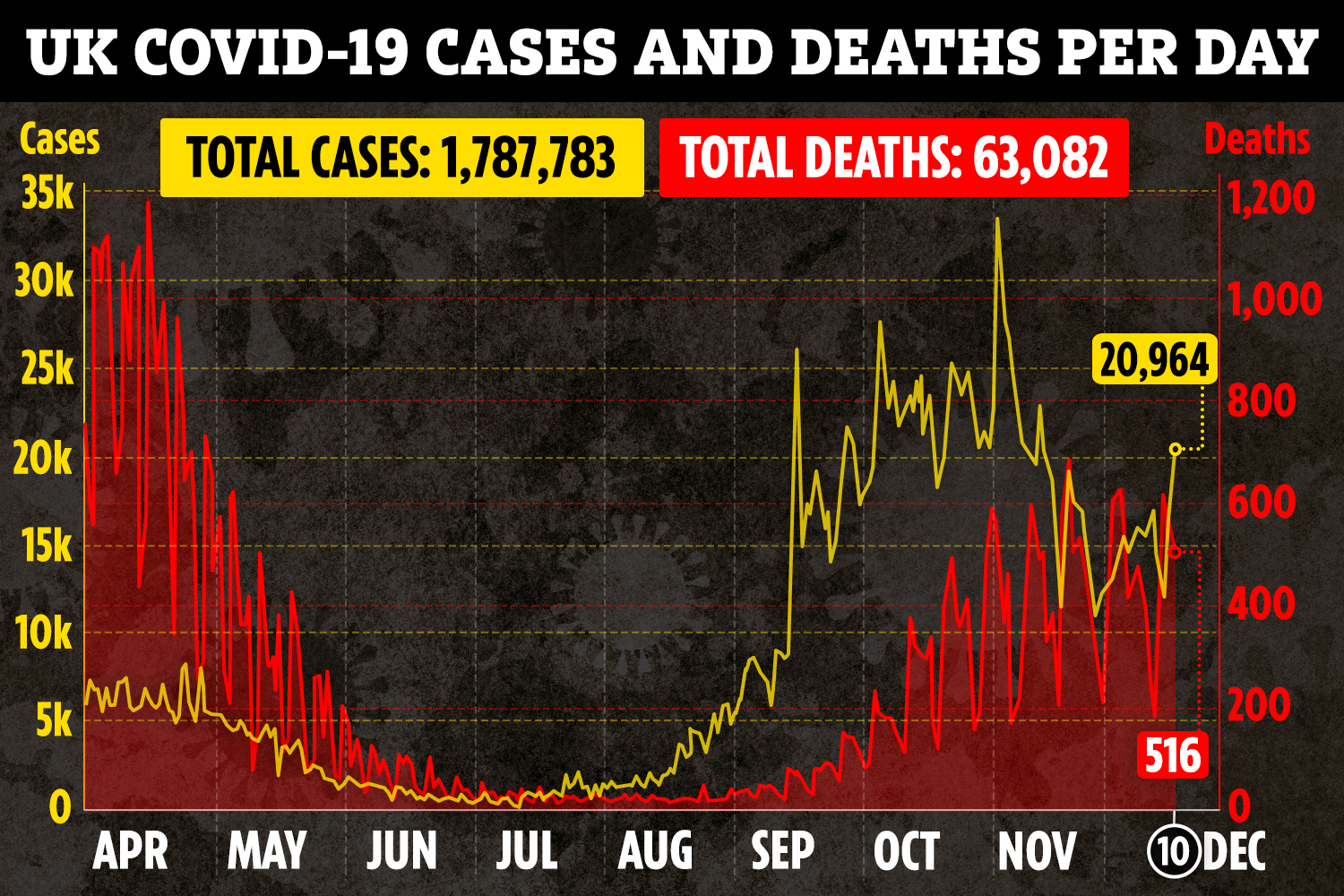 Today's jump in cases is significantly higher than last Thursday’s figure of 14,879, and also larger than the 16,272 infections reported a fortnight ago on November 26.

Seventy-seven deaths were reported in the Midlands, 50 in Yorkshire and the North East, and 48 in the North West. 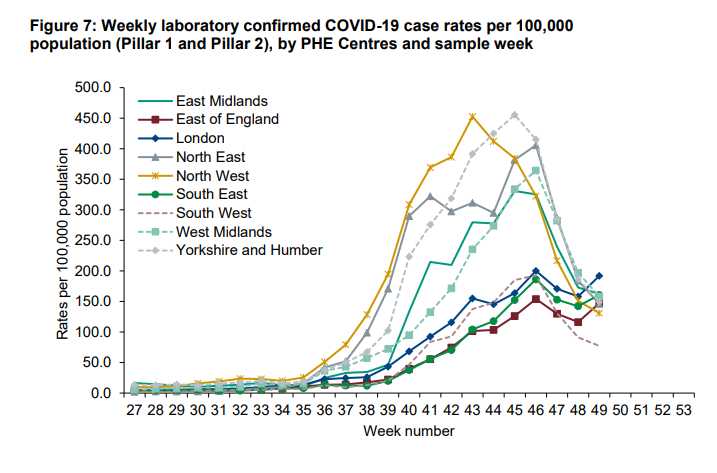 It comes amid fears that London could be placed in Tier 3 as soon as next week, dealing a devastating blow to the hospitality industry ahead of the busy Christmas period.

The capital, which is currently in Tier 2 restrictions, has the highest infection rate of any region in the UK, according to Public Health England figures released this afternoon.

London diagnosed 191.8 new cases per 100,000 in the week to December 6, which is 20 per cent higher than the week prior, when the whole of England was in the grips of its second lockdown.

But industry experts have warned that locking down London could see 150,000 people lose their jobs.

While infections are rising in London, separate Public Health England figures show that case rates have fallen slightly across all adult age groups.

It comes as the Health Secretary is set to address the nation this evening to deliver an update on the progress of the vaccine rollout.

Mass coronavirus vaccination began on Tuesday, following the approval of the Pfizer jab by the MHRA.

It is hoped that, if the rollout of the vaccine is successful, Brits can finally look forward to resuming normal life next Spring.

Hundreds of vulnerable Brits have already received the jab across 50 NHS hospital hubs, while GP surgeries are preparing to start vaccine appointments next week.

The Government is yet to publish exactly how many people have had the jab, but says information on numbers will be available in due course.

Both of the workers have a significant history of allergic reactions – to the extent where they need to carry an adrenaline pen with them at all times, NHS England said.

Professor Stephen Powis, national medical director for the NHS in England, said: "Both are recovering well."