Unemployment dips while average weekly wages grow by 3.6 per cent

Unemployment has dipped while average weekly wages have grown by 3.6 per cent in a massive boost for Boris Johnson’s general election hopes.

The UK’s unemployment rate fell by 0.1 per cent to 3.8 per cent between July and September this year.

Meanwhile, total and regular average weekly earnings increased by 3.6 per cent in the year to September to £542 and £508 respectively.

The third quarter figures are a boon to Mr Johnson as he campaigns to win a majority at the election on December 12 with the Tories having put economic improvement at the centre of their bid to stay in power. 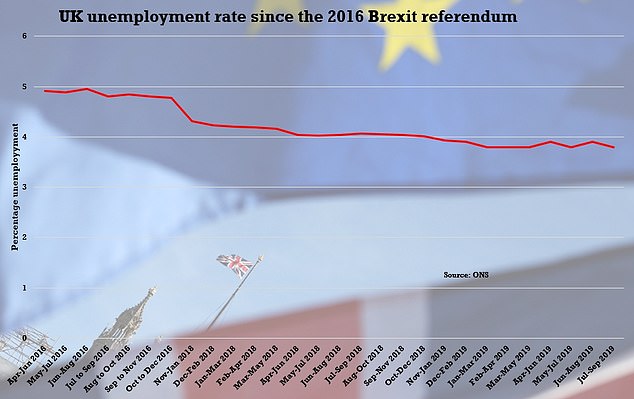 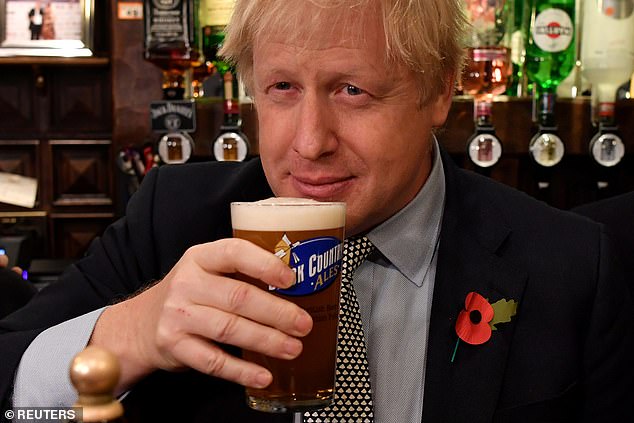 The latest unemployment and wage growth statistics will be welcomed by Boris Johnson, pictured in Wolverhampton yesterday, as he fights to stay in Number 10

However, the data published today by the Office for National Statistics also revealed that the number of people in employment dropped by 58,000 to 32.75 million in the third quarter.

That is the second rolling quarter decrease but overall in the year to September employment went up by 323,000.

Slashing unemployment has been a central theme of the last three governments, first under David Cameron, then Theresa May and now Boris Johnson.

The level of unemployment dropped by 23,000 to 1.31 million in the third quarter of the year.

Mr Johnson is also likely to seize in the weekly wage growth figures as he fights to stay in Number 10. 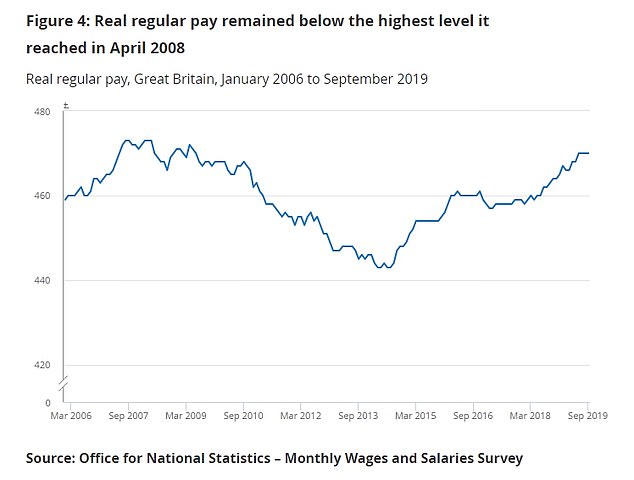 The 3.6 per cent increase in total pay which includes bonuses equates to a 1.8 per cent real terms increase to £502 when inflation has been taken into account.

It equates to a 1.7 per cent increase in regular pay to £470 – a measure which does not include bonuses.

However, despite the wage growth, real regular pay is still slightly lower than the pre-economic downturn reached in the three months to April 2008 when it was £473.