A wild raccoon has moved into a zoo – and keepers can’t kick him out.

Staff at Heidelberg Zoo were surprised to discover the uninvited guest inside the existing raccoon enclosure on Friday, Germany’s Rhein-Neckar-Zeitung reported.

It’s not known how the animal managed to get through the security barriers keeping the animals inside, but he has been integrated into zoo life.

Keepers, who have nicknamed him Fred, have seen him getting along with the seven other raccoons in residence, the publication reported. 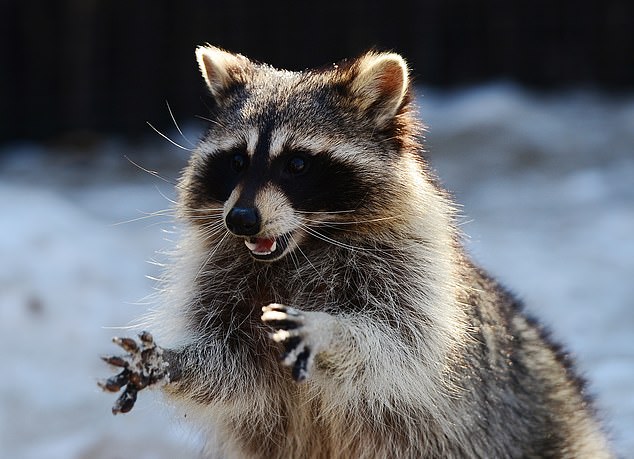 ‘Fred came to us and got used to the good life in the zoo,’ Sandra Reichler, mammal curator at Heidelberg Zoo told the publication.

While Fred initially had issues adapting, Ms Reichler said: ‘he has become accustomed to the zookeepers and also adapted his daily rhythm to his conspecifics in the zoo.’

The raccoon can now expect to a live comfortably alongside the captive raccoons for the rest of his life.

The 2015 EU Regulation on Invasive Alien Species forbids wild animals from being released back into the wild after life in captivity. 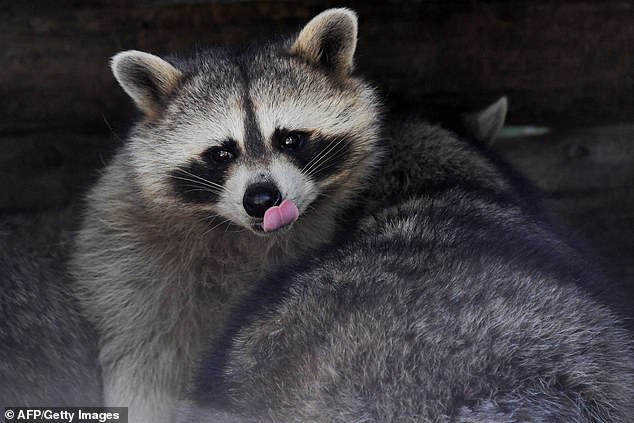 The wild creature, nicknamed him Fred, can expect to live ‘the good life’ from now on as EU law forbids him from being released back into the wild (stock image)

Despite upgrading to a life of luxury, Fred will unlikely produce any offspring with potential mates at the zoo.

Fred will also need to be castrated, as per the 2015 EU Regulation.

Raccoons are considered an invasive alien species that may pose a threat to European plants and animals under rule.

Wild raccoons in Europe are the descendants of animals that escaped from fur farms decades ago.