Why "The Owl House" Is the Queer Latinx Representation We Need 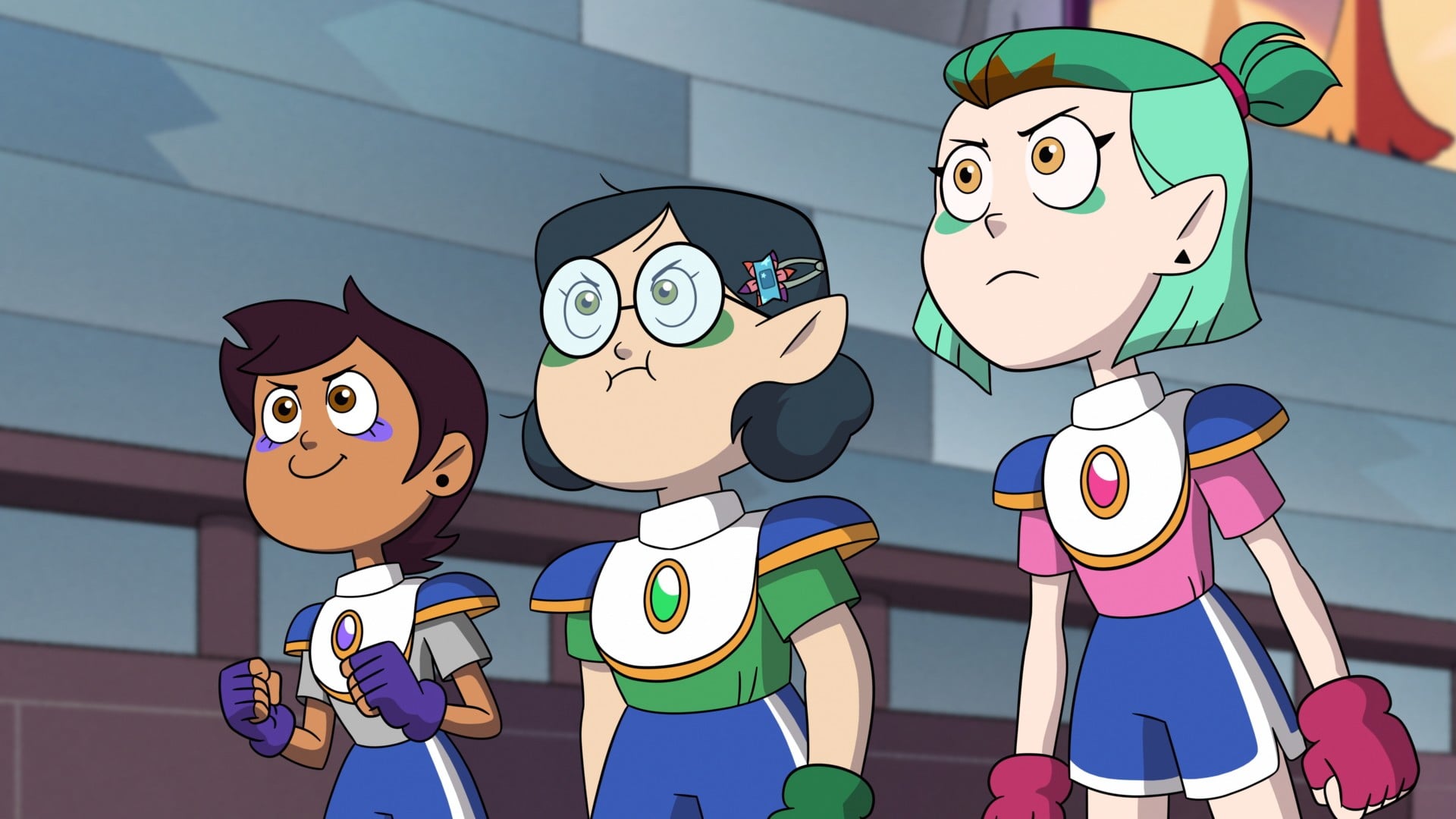 “The Owl House“ made history recently after featuring Disney’s first same-sex kiss between lead characters in an animated series in network history. The show’s protagonist Luz Noceda (played by Sarah-Nicole Robles), a quirky, nerdy, and kind-hearted Latinx teen, and her girlfriend Amity Blight (played by Mae Whitman) shared a tender moment that rocked the fandom to its core and lit up the internet with excitement and a lot of fan art. Moreover, it was a pivotal moment for queer Latinx representation in kid’s cartoons — one that was a long time coming.

So, why did it take us this long to get here? The first instance of a same-sex relationship in children’s animation could be seen in the last few seconds of Nickelodeon’s “The Legend of Korra.” Back in 2014 when the season finale of the show premiered, creators Michael Dante DiMartino and Bryan Konietzko knew they wanted to showcase Korra (played by Janet Varney) and Asami’s (played by Seychelle Gabriel) relationship. But due to network constraints, they could only do so much. But even the subtleties of Korra and Asami’s relationship was a game-changer for same-sex representation in children’s animation.

In the years following “The Legend of Korra” shows like “Adventure Time,” “Steven Universe,” and most notably, “She-Ra and the Princesses of Power,” were all able to showcase same-sex relationships openly through declarations of love, acts of affection, and even weddings. The market and fan demand for this type of representation have only grown exponentially since, which is why when “The Owl House,” created by Dana Terrace, first premiered on the Disney Channel in early 2020, the stage had already been set for the show to shine as bright as it did.

The show quickly became a fan favorite as Luz entered this new magical world and explored it with a fresh, “glass-half-full” perspective. She was a refreshing take on your typical animated adventure heroine. She was flawed, relatable, and started off as the perfect representation for all the weird kids out there who are way too into fantasy stuff. And as the first season unfolded, we got to see Luz go through the struggles of figuring out her sexuality and becoming Disney’s first bisexual character.

If you grew up in a Latinx household, you’re probably very aware of the homophobic bias that most Latinx people grow up with, be that from the predominantly conservative background our parents and grandparents grew up with and/or their largely Catholic and Christian upbringing. Being a part of the LGBTQIA+ community hasn’t always been the easiest for Latinx kids, and sometimes it’s even harder to accept out of fear of how your family will react. This is why Luz’s entire existence is a strong turning point in this much-needed queer Latinx representation journey. Luz is the perfect example that being queer doesn’t change anything about who you are at your core. It’s just another part of who you are that deserves to be celebrated and nurtured. Luz’s journey is a reassuring reminder to older kids and adults that their own journeys are valid and important. It’s a beautiful way to show younger kids that there are others out there that feel the same way that they do. If this does anything, its hopefully help other Latinx kids feel comfortable coming out to their families, as well as help parents and other family members understand how to talk to their own children about their feelings.

Luz’s story is the perfect reminder that showing explicit representation is key in order to break down these preconceived cultural ideas of what queerness is truly about. It’s particularly empowering to watch a young Latinx character be loved and celebrated for who she really is and never judged by those who love her. Most importantly, it highlights that this is the kind of support and representation that they deserve. It’s further proof that representation like this in young kids’ media is necessary and needs to be normalized.