Alexandria Ocasio-Cortez’s GOP colleague got in her face, called her obscene names 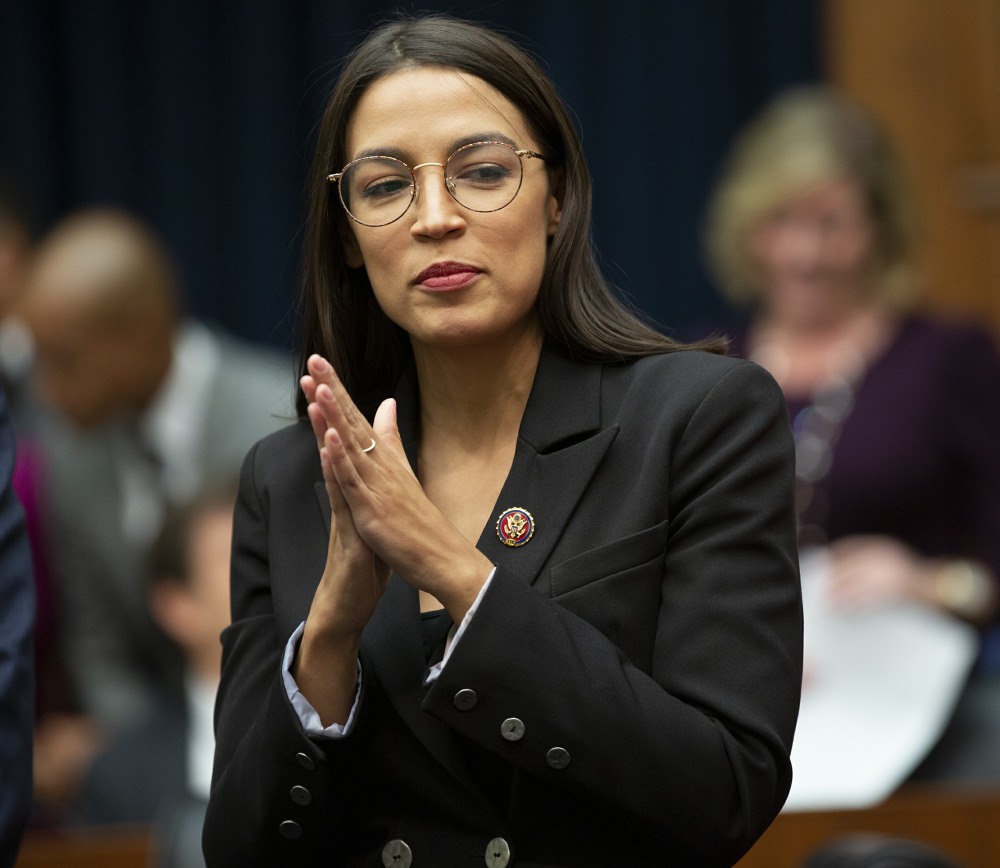 Rep. Alexandria Ocasio-Cortez is not my favorite politician, but I respect the hell out of how she conducts herself publicly and politically, especially given the target on her back for being young, pretty, working class and smart. A certain kind of man is triggered by AOC’s existence, and that man is usually old, white, racist, misogynistic and douchebaggy. Guess who that describes? 99% of the RepublicanCongressional caucus. In what was a prime example of AOC getting attacked for merely *existing* in a political space, an old white dude got in her face this week. That dude was one of her colleagues in the House of Representatives.

Tensions flared on Capitol Hill this week when a Republican lawmaker challenged Rep. Alexandria Ocasio-Cortez (D-N.Y.) on issues of crime and policing in an unusual — and decidedly personal — confrontation on the Capitol steps. Rep. Ted Yoho (R-Fla.) was coming down the steps on the east side of the Capitol on Monday, having just voted, when he approached Ocasio-Cortez, who was ascending into the building to cast a vote of her own.

In a brief but heated exchange, which was overheard by a reporter, Yoho told Ocasio-Cortez she was “disgusting” for recently suggesting that poverty and unemployment are driving a spike in crime in New York City during the coronavirus pandemic. “You are out of your freaking mind,” Yoho told her.

Ocasio-Cortez shot back, telling Yoho he was being “rude.”

The two then parted ways. Ocasio-Cortez headed into the building, while Yoho, joined by Rep. Roger Williams (R-Texas), began descending toward the House office buildings. A few steps down, Yoho offered a parting thought to no one in particular.

Ocasio-Cortez, a liberal firebrand and social media sensation, is no stranger to attacks from the right. But shortly after the exchange, she said it was the first time since she arrived in Congress that another lawmaker has challenged her so aggressively. “That kind of confrontation hasn’t ever happened to me — ever,” she said. “I’ve never had that kind of abrupt, disgusting kind of disrespect levied at me.”

Approached a few hours later, Yoho declined to discuss any aspect of the exchange. “No comment,” he said.

Imagine working in this kind of environment and one of your COLLEAGUES gets in your face out of nowhere about something you said about your district and your local police force. “Rude” doesn’t even begin to describe it. And then calling her a “f–king bitch” once she was out of earshot – super-classy, Rep. Yoho. This whole thing is disgusting and I hope Speaker Pelosi drags the everloving f–k out of him.

In case you’re wondering which of AOC’s comments were being referenced by Rep. Yoho, it was a town hall she did last month where she simply said a lot of stuff that she always says, that the police are not the answer to all of society’s ills, that money used to fund bloated, militarized police departments could be better spent on education, mental health resources and social services. She said at one point, “Crime is a problem of a diseased society, which neglects its marginalized people. Policing is not the solution to crime.” That, apparently, triggered Rep. Yoho. I would assume that Fox News has been running AOC stories for weeks about that one town hall.

Update: AOC had some stuff to say on Twitter.

Believe it or not, I usually get along fine w/ my GOP colleagues. We know how to check our legislative sparring at the committee door.

You were yelling at me too, about “throwing urine.” 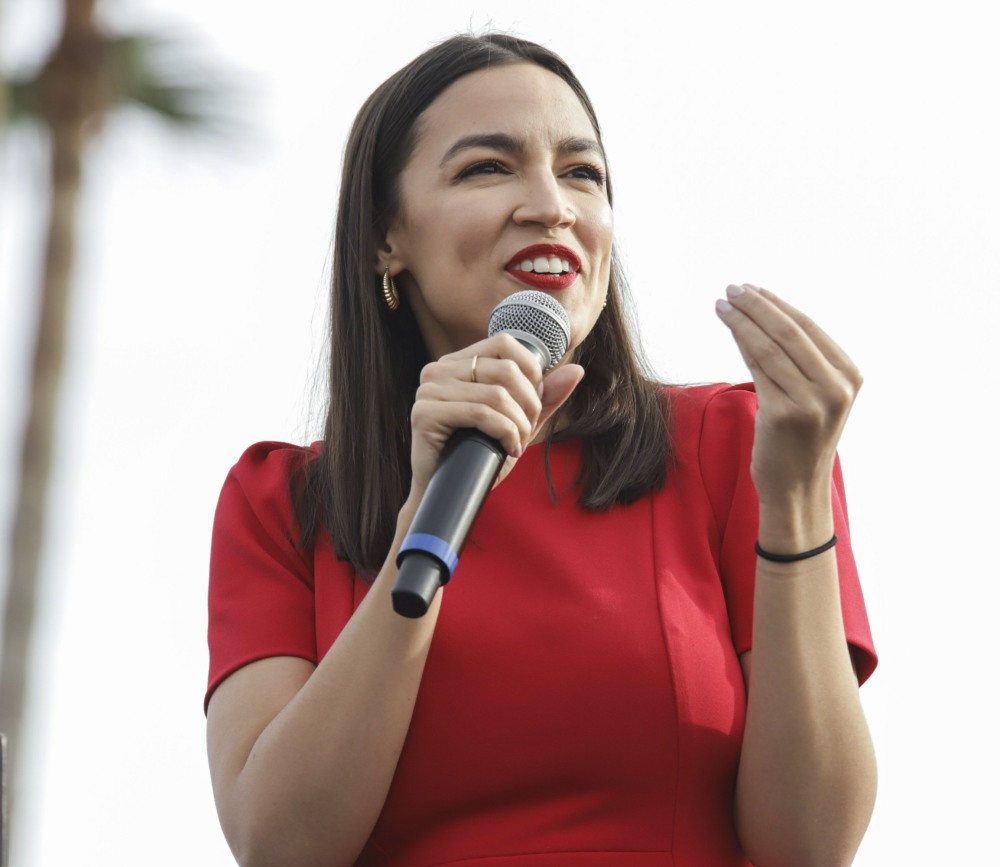 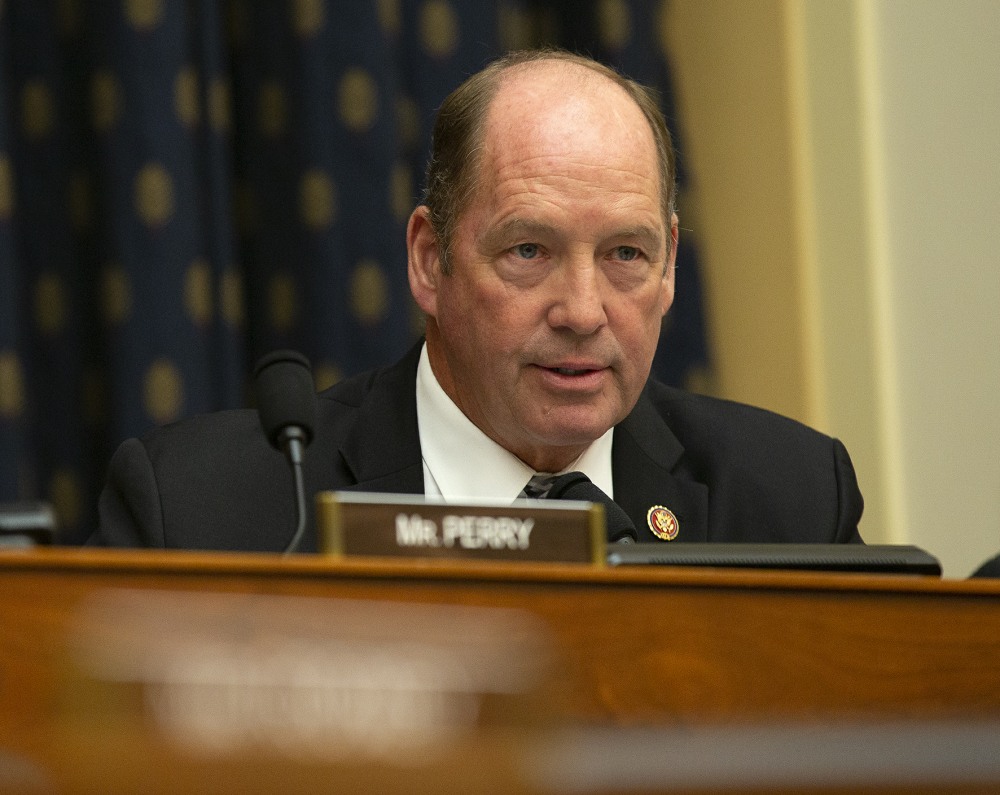